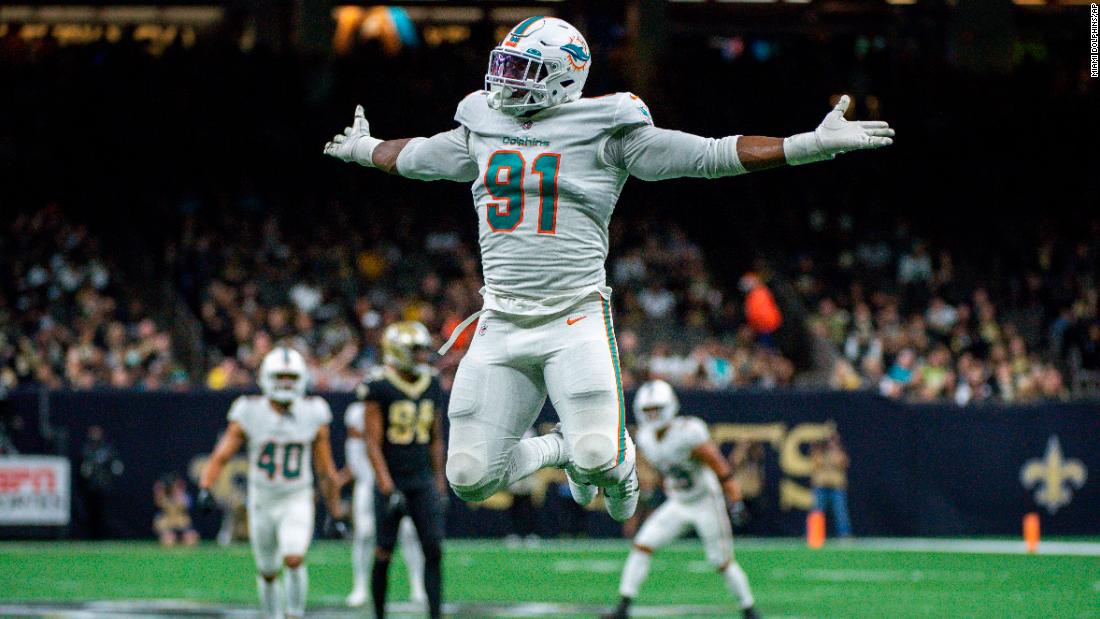 The Dolphins have managed to return to the postseason scene and, in doing so, have created a small piece of NFL history.

Monday’s victory in New Orleans, Louisiana, ensured that the Dolphins became the first team in NFL history to have a seven-game losing streak and a seven-game winning streak in the same season. The last time the Dolphins won seven straight games was in 1985.

Without 22 players due to Covid-19 protocols, the Saints handed Ian Book his NFL debut as a quarterback, but the 23-year-old had a rough night when the Dolphins defense racked up eight sacks against him.

With 10 receptions in Monday’s game, Waddles is now at 96 receptions this season and just five fewer than the all-time rookie record of 101, set by Anquan Boldin in 2003 with the Arizona Cardinals.

“When it comes to importance, I wouldn’t say it’s something I have my mind on,” Waddle told the NFL website, when asked about Boldin’s track record. “I totally agree as long as he comes up with some wins. Obviously it would be great, because the NFL is a special league, so anything in this league to have a record is always great. “

Waddle has also contributed five touchdowns this season, including one in Monday’s game.

A product of Alabama, Waddle was selected sixth overall in the 2021 NFL Draft by the Dolphins and has built a great playing relationship with former college teammate Tua Tagovailoa.

“I’m not a genius so I’m not going to say I foresaw that in Jaylen’s future,” Tagovailoao said of Waddle’s start in the NFL.

“I knew he had a lot of potential, of course, just to be able to play with him in Alabama… and before training camp, he did a really good job.

READ: Joe Burrow says he wasn’t offended by the gold jacket comment, but the Bengals’ QB hints they were on his mind in an impressive performance

In addition to Waddle’s touchdown, Miami’s points came from a 28-yard pick-six by Nik Needham and two field goals by Jason Sanders.

The National Football League had 96 of its players test positive for Covid-19 on Monday, according to the league.

With an additional 10 positive tests among players over the weekend, a total of 106 players have been placed on the league’s Reserve / Covid-19 list since Christmas.

Kevin Dotson contributed to this report.