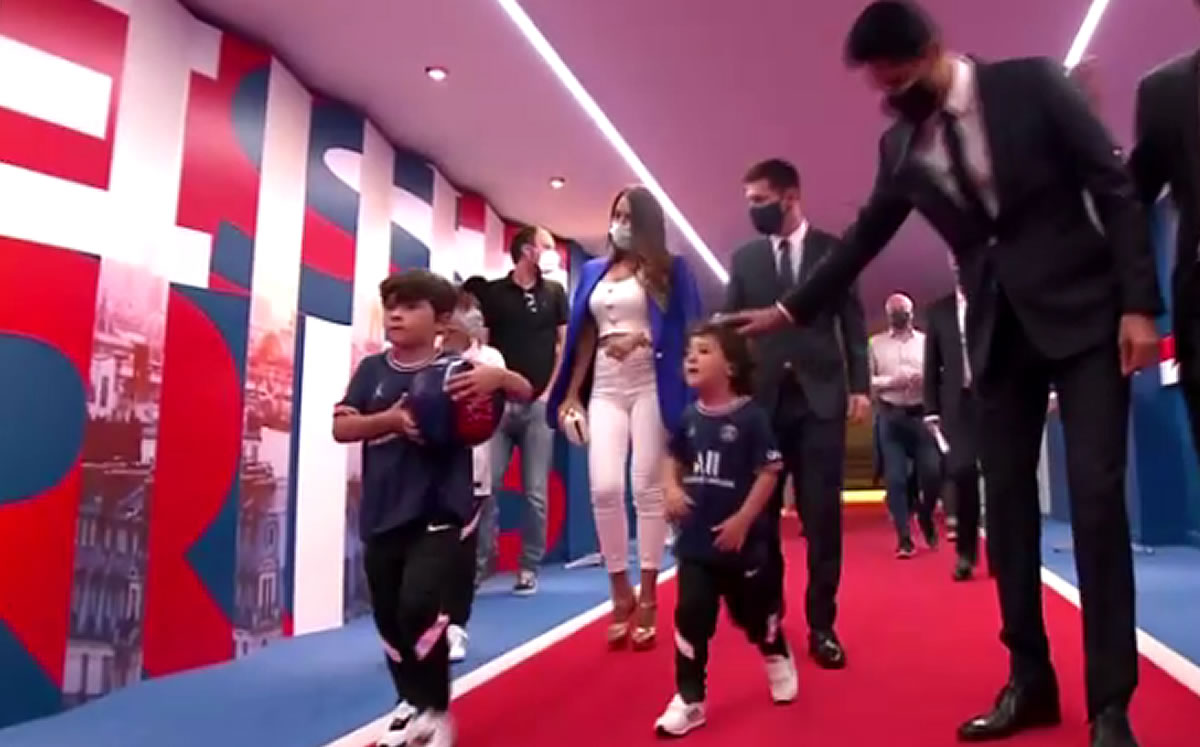 
Certainly for Messi His family will always come first and then the needs of football, so making the decision to leave Barcelona was not easy, but with the support of his family everything was lighter in this last week of great emotions, and to show the new adventure in Paris with his children, who enjoyed the presentation of his father with PSG at the conference this Wednesday.

Thiago, Mateo and Ciro they wore the PSG jersey from the first moment and the club’s television camera did not stop taking them at any time since they were the personal escort of her father and Antonella, who only looked at them from behind.

Although it was a moment where the spotlights were on Messi, his children also stole the camera, as the Argentine could be seen in his two roles, as a father and a new signing for PSG. 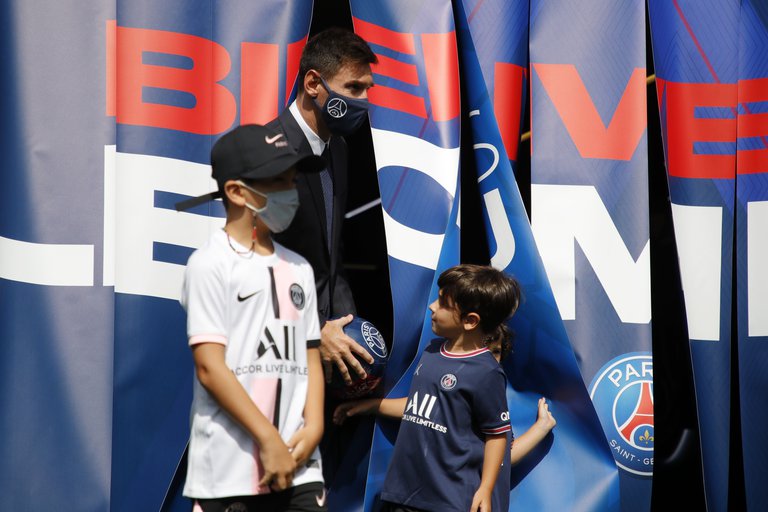 The three little ones and Antonella Roccuzo, Messi’s wife were by his side at all times and at the press conference they occupied the front row.

For a moment and when they were heading to the auditorium of the Princes Park Leo told Ciro, the smallest of the family “Come give me your hand”, to help him down the stairs, while Antonella told them Thiago and Mateo to be careful going down the stairs “Be careful with the stairs!”.

One of the talks that closed his signing was with the club’s manager, Leonardo, who asked that everything be easier for his family in the face of the change.

“When I spoke with Leonardo, all I told him was that I hoped my family could be well, that they could adapt quickly to the city, to the country. I have friends and it was a very important thing for me, I know that adaptation will be very easy, this was one more way to be here, “said Messi, who assures that the football and family adaptation will be faster.