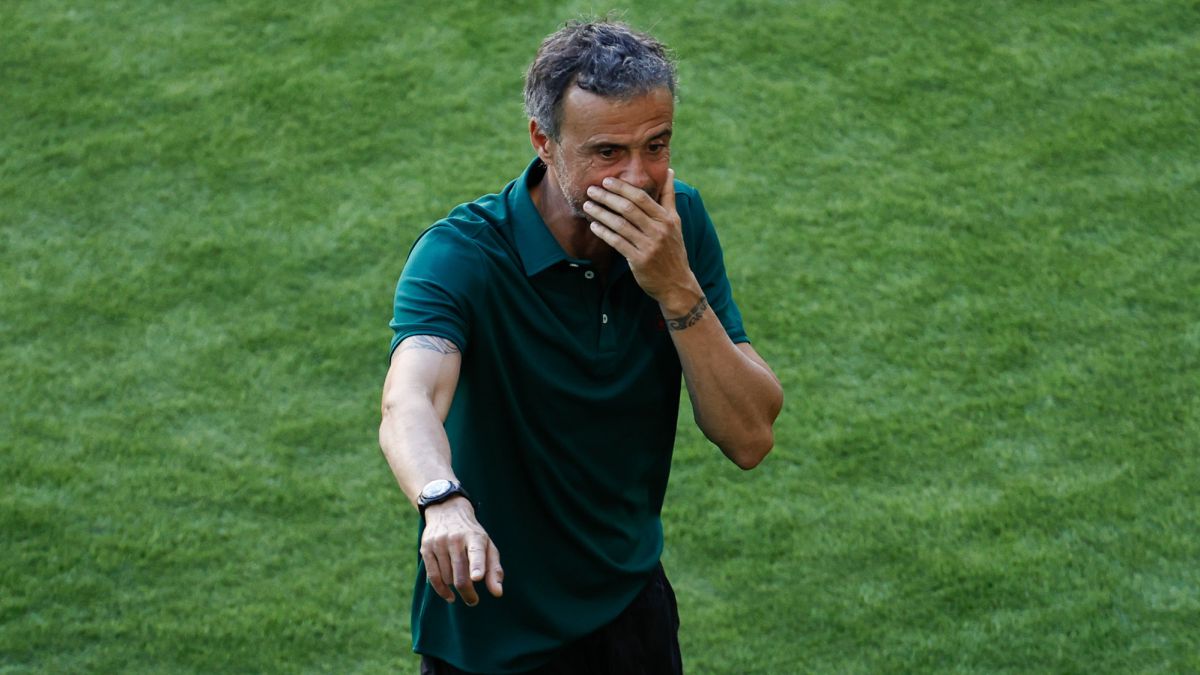 The shadow of Real Madrid is elongated. Luis Enrique was the first coach in the history of Spain who chose a list of 24 called up without any white player. But soccer is naughty. And what remains of the Eurocup has been truffled with that immaculate color. Madrid will chase Luis Enrique until the end of the tournament.

To start with, Croatia. Modric and his troop await us at six o’clock on Monday afternoon in Copenhagen. From Croatia, Asturian has a bittersweet flavor. He was his first rival as a coach, and he got a good wiggle in Elche. That was the best match for Luis Enrique’s Spain along with the defeat of Germany in Seville last November. But since the joys are short-lived, it was also Croatia that left the coach out of his first major tournament. He beat us by KO in Zagreb and kicked us out of the Nations League with a great match from Real Madrid and a great goal from Perisic, another devil.

If Spain passes Modric’s cut on Monday, it is most likely that the quarterfinal rival will be Varane and Benzema’s France, and we’ll see after the summer if Mbappé’s too. Luis Enrique boasts that it is not easy to score a goal for Spain. It’s true. Only Lewandowski has managed to pierce Unai Simón’s goal in the group stage. Isak was close, but the stick avoided him. But neither Sweden (18 of the FIFA ranking), nor Poland (21), nor Slovakia (36) have the firepower of the tricolor: Benzema, Griezmann, Mbappé … in addition to another legion of great players in which we also find Rafa Varane, the wall.

We continue for bingo. After France, Portugal or Belgium appear on the horizon. Hardly anyone to the device. In Portugal there is Cristiano, who is a goal scoring machine. CR7 is like Django, unleashed. And he wants Spain. We beat him in the 2010 World Cup and the 2012 Euro Cup and thanks to the ‘Iniesta generation’ the best Portugal of that decade did not emerge. He carries that dagger in his heart, and a wounded Cristiano is not the best enemy. In that battle against La Roja, he would also have the support of Pepe, another born Madrid player. Pepe remains, more to give than to drink.

But if it were Belgium that emerged triumphant from the game against Portugal at La Cartuja, Luis Enrique would not be free from the shadow of Madrid either. There are Hazard and Courtois, who are not Cristiano and Pepe, ex, but are current Real Madrid players.

Finally, if Spain is eliminating representatives of Madrid until the final, it may be in that game when Luis Enrique finally frees himself from the yoke of Madrid. But only if it is against England, a country in which no white player plays yet. Florentino has tried it with Kane and is still trying with Sterling, but so far to no avail. But Luis Enrique’s options to play the final against a team in which Madrid is not represented are only 50%. Because in that part of the painting appears the Germany of ‘Antonio’ ​​Kroos, close to Sergio Ramos. With that being said everything.