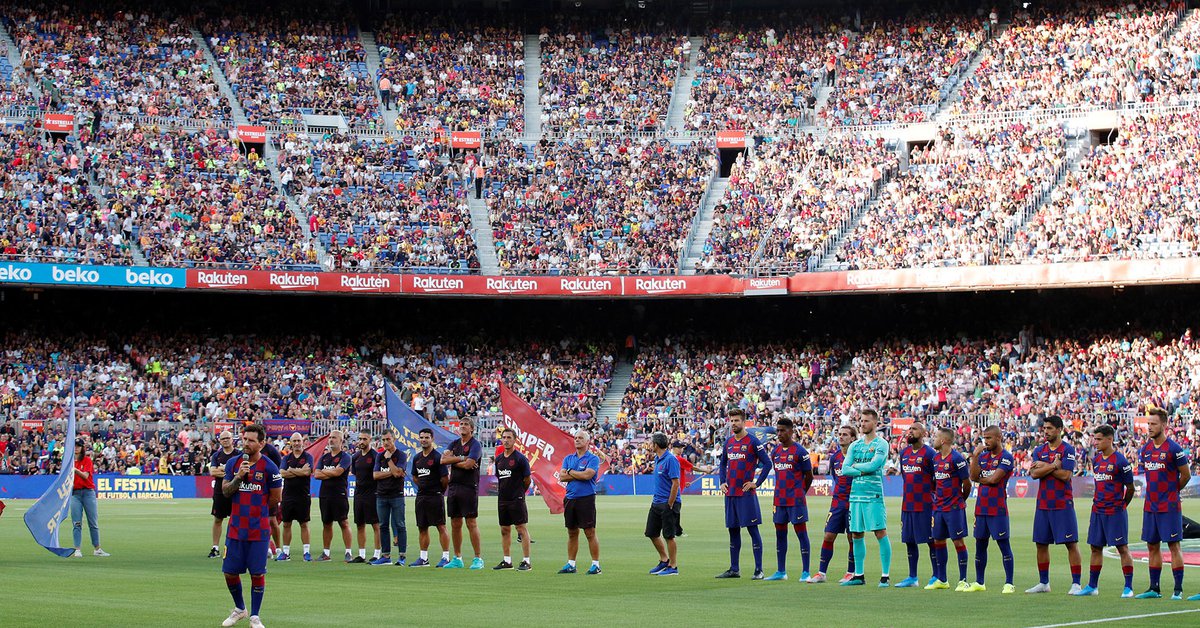 The Government of Spain confirmed the return of the public to the stadiums (Photo: REUTERS)

After a long period with the stands empty due to the pandemic of coronavirus, the stadiums in Spain will return to normal at the beginning of the next season of The league football and League ACB. As announced on Thursday by the Minister of Health, Carolina Darias, will be able to receive the same influx of public that they had before the impact of the COVID-19.

The royal decree approved this Thursday by the Minister council that modifies the law of new normality of last summer suppresses the article 15.2 of this regulation. “We return to normal in terms of the influx of public for the start of the football league and the ACB”, confirmed Darias.

The announcement comes after explaining the situations in which the use of a mask outdoors will be relaxed and shown his conviction that it will be news “Very well received” by the population.

The Government of Spain approved in an extraordinary Council of Ministers the decree that puts an end to the mandatory use of masks abroad (Photo: EFE)

In her speech, the Minister of Health has also explained that now the authorities of the autonomous communities will determine the capacity of the stadiums. It is not ruled out then that the own League who presides Javier Tebas and clubs develop different health protocols to that stadiums do not become points of contagion, especially in the first days.

The duel between Betis and Real Madrid on March 8, 2020 was the last match with normal capacity in Spain (Photo: REUTERS)

More than a year ago, last Sunday March 8, 2020, that the stadiums in Spain do not have a presence in the stands. The duel between Betis and the Real Madrid in the Benito Villamarin from Seville It was the last game with a normal capacity in Spanish football. That day there was 51,521 fans in the stands. The local team exceeded 2-1 to White House.

From then on, local competitions -Copa del Rey and La Liga- or international matches for the Champions League or Europa League were played without an audience and even some commitments moved headquarters due to the pandemic.

The new normal: the Argentine government predicted for October the return of the public in recitals and sporting events
First stadium with 100% capacity at the European Championship: Hungary and Portugal met with the presence of 65,000 spectators
A pitched battle and a violent fan turned celebrity: the outrageous present that the NBA lives in its stands