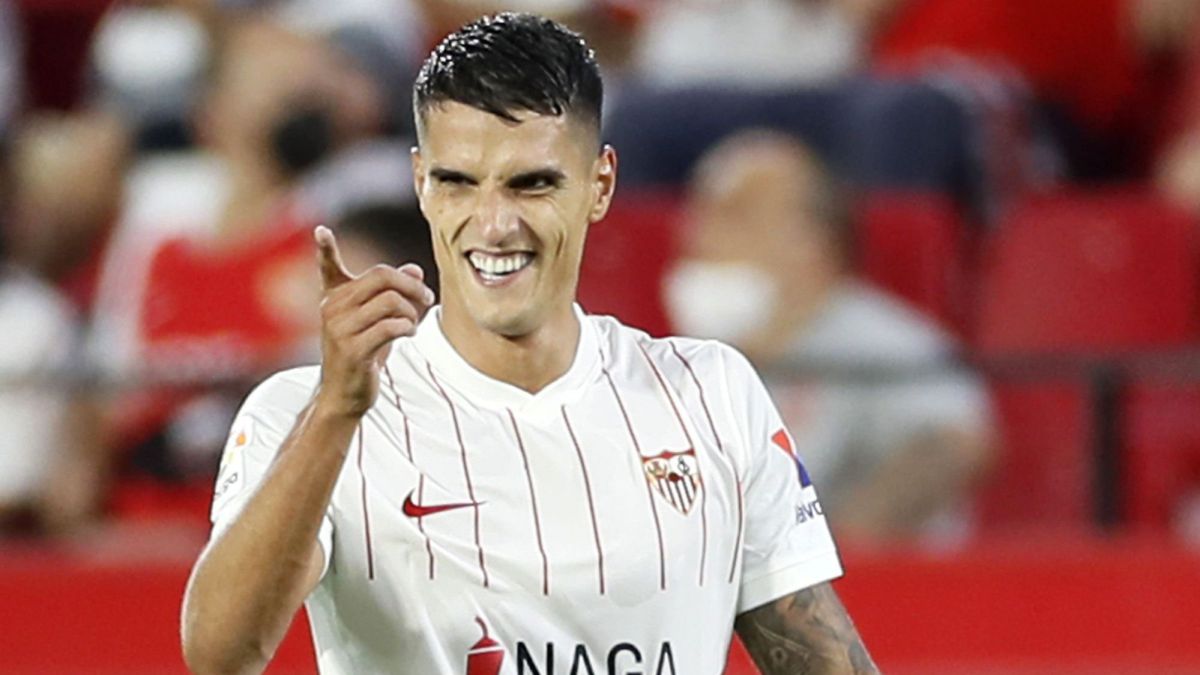 The early expulsion of Luca Zidane and a double by the newcomer Erik Lamela starred in the win for Sevilla, who defeated Rayo with some ease in Vallecano’s return to the First Division. A handful of footballers made their debut in the Spanish top flight and also a coach, Andoni Iraola, who is surely waiting for some extra reinforcements to harbor more hopes of remaining in the elite next season. Lopetegui, also from Gipuzkoa, began his third season in Nervión with the same and effective mix of brilliance and practicality as the previous two. He is vice leader, right on the heels of Real Madrid.

“You don’t know where I came back today: where we used to scream.” The Catalan band Love of Lesbian was probably not thinking about football when they composed one of their first hits, many years before the pandemic filled stadiums with cement for more than a season. Phrases like the one that start this spiel, however, will serve as a soundtrack for the staggered return of the people to such hot places, even hotter because of the heat wave, such as the heart of Nervión. It was a light return but on, with just over 15,000 sevillistas whose volume was multiplied by 10 since the anthem of El Arrebato even the desire to sing a goal for his team in situ, kept in the drawer of nostalgia for almost a year and a half.

The Covid outbreak, whose implicated Sevilla kept secret until minutes before the game, and some annoyances They had mutilated the eleven of Lopetegui, without Bono, Rakitic, Ocampos or Suso. Four footballers with absolute title poster. The setback led to a change in the system (three plants) and, among other things, the official debut of Serbian goalkeeper Marko Dmitrovic and the titles of Koundé and Idrissi, that seemed (and still seem, at least the French central) victims of the end of the Monchi market.

The avid white and red fans would not wait too long to celebrate the first goal of this 2021-22, thanks to a play that marked the rest of the game. The Vallecana defense wavered in a long ball by Diego Carlos so that Idrissi will control Luca with dribbling included. Zidane’s son made the worst possible decision by grabbing the attacker when he was about to score, with an empty goal. Díaz de Mera sent off the goalkeeper and the resulting penalty was 1-0 (18 ‘), which En-Nesyri easily holed out. The Moroccan striker, the top scorer from Sevilla last season, is still on a roll.

Dimitrievski came in, Trejo came out and except for a few minutes of anxiety after the goal, a Ray in which Balliu and Nteka made their debut in the first half did not lose face to the game. Acuña had 2-0 in his right hand after a magnificent move by Fernando, but Sevilla did not create much more danger before the break as the Vallecanos tried to balance the score with long balls and stopped balls.

But right around the locker room Erik Lamela, another of the night’s debuts, it took less than 10 minutes to score his first goal as a Sevilla player to sentence the duel (2-0, 55 ‘), after a choral play that ended with fortune, well the ball went in after bouncing off Catena. Far on the scoreboard and without air, after having played with 10 for so long under the sultry Sevillian night, Iraola took the opportunity to give their first official minutes to Ciss and Merquelanz while the Argentine extreme he crowned his debut with the double (3-0, 80 ‘). At Tottenham he had only scored one goal during the whole of last season.