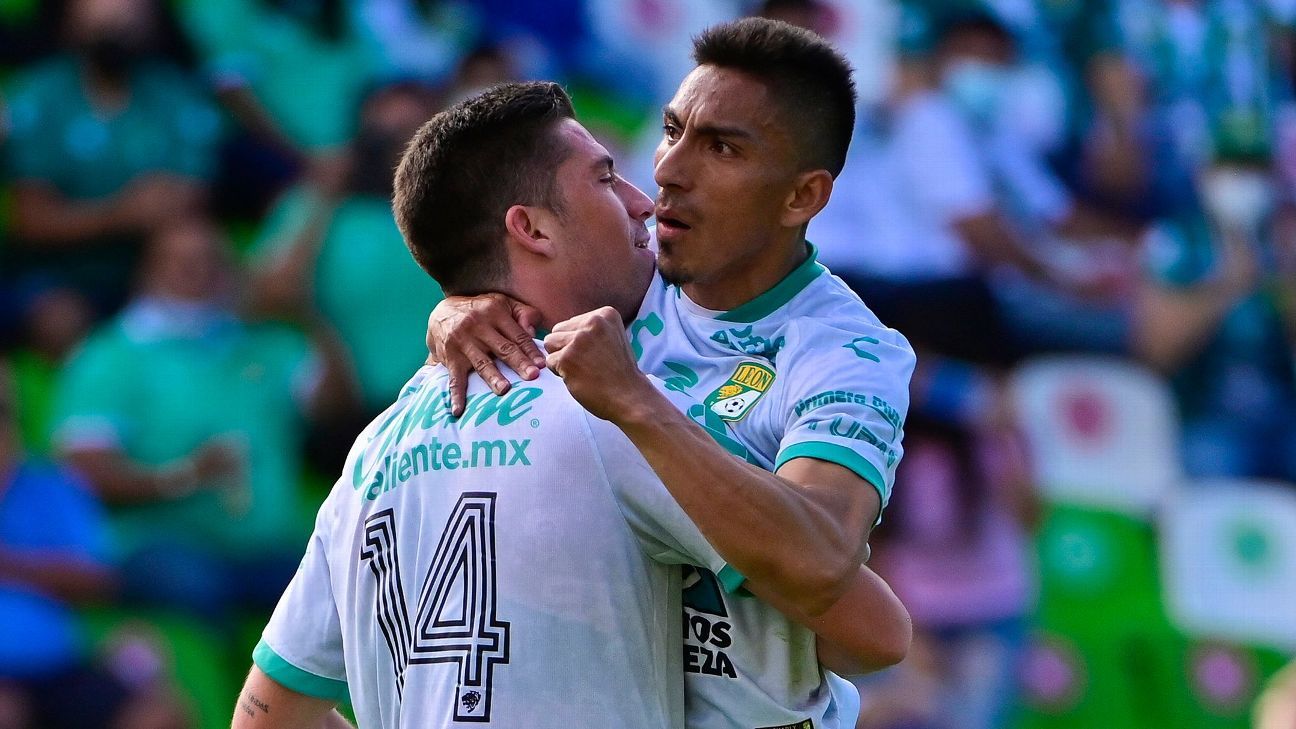 LEÓN – León gets his first points in the Apertura 2021, by hastily beating Xolos de Tijuana who missed a penalty and in compensation time he scored 2-1, in the match of the second date of the Apertura 2021.

The green bellies ruled almost the entire game and thanks to his greater ambition, coach Ariel Holan already knows what it is to win, in what is also his second match that he leads in Liga MX. Xolos, for his part, preferred to defend himself and only attack in the last 10 minutes, plus another 8 extras granted by referee Jorge Antonio Pérez Durán.

William Tesillo opened the scoring and Ángel Mena made it 2-0 from a penalty, while in 97 ‘Fidel Martínez was in charge of shortening the penalty distance, and the visitors get their second setback.

León took Xolos out of the street in the first half. The team led by Robert Dante Siboldi still does not grasp the rhythm or the confidence that is required to dare to play its game, beyond the strategy, apparently, was to hold out as long as possible against the greens.

The locals at least took the lead in the game from the first minute and, although a bit disorderly, more moved by desire and with wounded pride, they always sought to go forward. Having the ball did not grant them many scoring chances either, but the ones they did have were deep. Coach Ariel Holan gave Elías Hernández the confidence of starting his return to the club for the first time, while striker Santiago Ormeño for the second consecutive time.

At minute 25, ‘Chapito’ Montes put the new goalkeeper Benny Díaz to the test, who with today’s player is just playing his fifth game in the First Division at 22 years of age. ‘Chapito’ took a long and powerful shot and Benny stopped him below.

The goal could be seen coming and it did not take long, because at 26 ‘the defender William Tesillo ran into a bombshell and scored the 1-0. The play came from a corner kick; at the first post someone prolonged the ball that he managed to deflect shortly; however, the ball was loose and the Colombian did not forgive.

León continued to go into the kitchen, although without the calm to better finish the last play. And although Xolos did not offer anything to the offense, he suddenly found himself with an individual play marked by the Colombian midfielder Christian Rivera; He did not have a good location to shoot, so he tried to serve a teammate and the ball hit Andrés Mosquera’s chest and then bounced off his arm; the fault of the Colombian is that he had both arms extended and there was no doubt to score the penalty at 39 ‘.

Argentine David Barbona with his right leg and to his bad luck, Iván Vázquez Mellado, who knows how to stop penalties, guessed the direction of the shot and deflected the ball to one side. The goalkeeper’s reflexes were vital so that León was not tied.

The fourth penalty was missed in the tournament, at the cost of a Xolos who scored a goal on the first date, when they lost 1-2 to Tigres. The frontiersmen lack punch and defensively they are not well established yet.

For the additional time, ‘Chapito’ Montes did not return to the field, who around 40 ‘injured the abductor of his left leg; his replacement was the Chilean Jean Meneses, national team of the beast.

Although Xolos also made changes, they did not change his actions; those of Tijuana continued to bet on preventing the opponent from playing their game, rather than playing their own.

At 58 ‘, an escape by Ángel Mena on the right seemed to be León’s second goal, but the Ecuadorian previously pushed Bryan Angulo and the play was canceled, when the ball had crashed on the crossbar after a hand-in-hand from Mena and the doorman.

The entrance to the field of Lucas Rodríguez and Fidel Martínez gave another face to Xolos, who made a couple of important arrivals around the 80th minute, which is when Santiago Ormeño entered through León. However, Jesse Zamudio stopped in the visiting area and finished off after a counterattack, but the 22-year-old goalkeeper, Benny Díaz, deflected with one foot and saved his team from third.

Around 90 ‘it seemed a hand in the area in favor of the border, but it was not marked. With pride ahead they continued looking for the visiting goal; After 95 ‘, Fidel Martínez was trumped and he himself took another penalty at 97’ for the final 2-1.