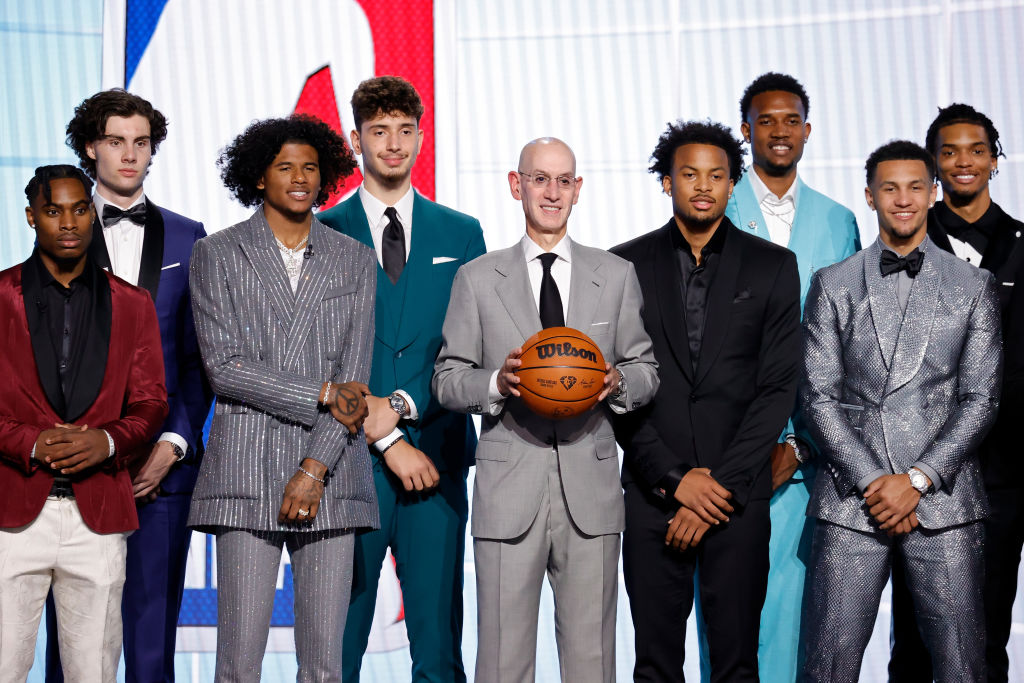 Last night a new edition of the NBA Draft took place. Cade Cunningham was selected by the Detroit Pistons in the number one pick.

The event took place at the Barclays Center in New York, home of the Brooklyn Nets. Despite previous speculation, the Detroit Pistons picked Cade Cunningham, the leading candidate since the end of the final NCAA season, with pick 1. The Oklahoma State freshman point guard has a wide offensive repertoire, in which his perimeter throw and the explosion in the fast attack stand out. The Texas-born averaged 20.2 points, 6.2 rebounds and 3.5 assists per game, including 40% on 3s.

Jalen Green, a guard who went straight to professionalism after graduating from high school, was selected in second place by the Houston Rockets. The one from California showed good attributes at an early age, when at the age of 17 he became the U19 World Champion defending the United States. On the next draft of the draft, the Cleveland Cavaliers were the first to go for a big man. Evan Mobley, a 2.13 meter center, will be part of the Ohio team, after having had a great debut season wearing the Southern California Trojans jersey.

The first “surprise” of the night was given by the Toronto Raptors, staying with Scottie Barnes, a player who in most of the previous mocks appeared a few steps lower. Florida State’s is a prototype similar to LeBron James, a 2.06-meter forward, who can play as a 4 due to his physical size, but who can also raise the ball as a point guard. The Top 5 was completed by Jalen Suggs, who was chosen by the Orlando Magic. The former Gonzaga, is remembered for that triple from half court that gave his team the victory over UCLA in the semifinal of the last NCAA Final Four.

The top international players appear in positions six to eight. Australian Josh Giddey, Congolese Jonathan Kuminga and German Franz Wagner were chosen by the Oklahoma City Thunder, Golden State Warriors and Orlando Magic respectively. The first is an 18-year-old point guard, who comes from being the Rookie of the Year in the Australian NBL defending the colors of the Adelaide 36ers. The second, a 2.03 meter forward, like Jalen Green, decided to have his pre-NBA step in the G League, playing for the NBA G League Ignite. While the third, a Berlin-born small forward, comes from having two good NCAA seasons with the Michigan Wolverines.

The last to complete the top ten picks were Davion Mitchell and Ziaire Williams. The point guard who has just been crowned collegiate champion with Baylor was chosen by the Sacramento Kings, being the most “veteran” to be chosen in the Top 10 of this edition of the Draft. For his part, the 19-year-old forward was selected by New Orleans Pelicans, but in the framework of the transfer that sent Jonas Valanciunas to the Louisiana-based franchise, for example, the Stanford university trained ended up with the Memphis Grizzlies. . The California-born was champion of the U19 World Cup in Greece in 2019, where he shared a team with Cunningham, Green, Suggs and Mobley.

Chris Duarte was the only Latin American to be selected in the 2021 Draft. The Dominican guard became a player for the Indiana Pacers with pick number 13. The 24-year-old “old man” was NJCAA MVP, which aroused the interest of several Division I colleges. He defended the Oregon Ducks in two seasons, in which he averaged 14.9 points, 5.1 rebounds and 2.1 assists in total. In addition, two Spaniards were present in the first round. Usman Garuba, an intern of Real Madrid and who is currently in Tokyo playing the Olympic Games with his national team, was drafted by the Houston Rockets with the 23rd pick, while Santiago Aldama, a 20-year-old power forward, was chosen in the last place of the first round for the Memphis Grizzlies, in a pick that came to them via the Utah Jazz.

Two players who were teammates with our compatriot Santiago Vescovi in ​​Tennessee during the last season of the NCAA, were also chosen in the first round of the NBA Draft 2021. Keon Johnson, forward of 1.96 meters, will be part of the Los Angeles Clippers from the next campaign. For his part, Jaden Springer, an 18-year-old guard, was chosen by the Philadelphia 76ers in 28th place. To close, special mention for what can become the great “robbery” of this lottery. With pick 40, the Utah Jazz chose Jared Butler. The collegiate champion point guard with Baylor had a heart failure, from which he is apparently recovered, that caused several teams to let him go out of fear of a possible relapse. The Mormon franchise took the risk and if all goes well, you can enjoy a gentleman basketball player. 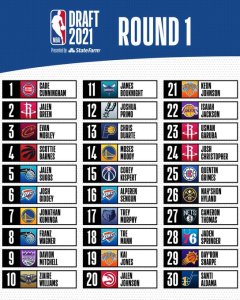