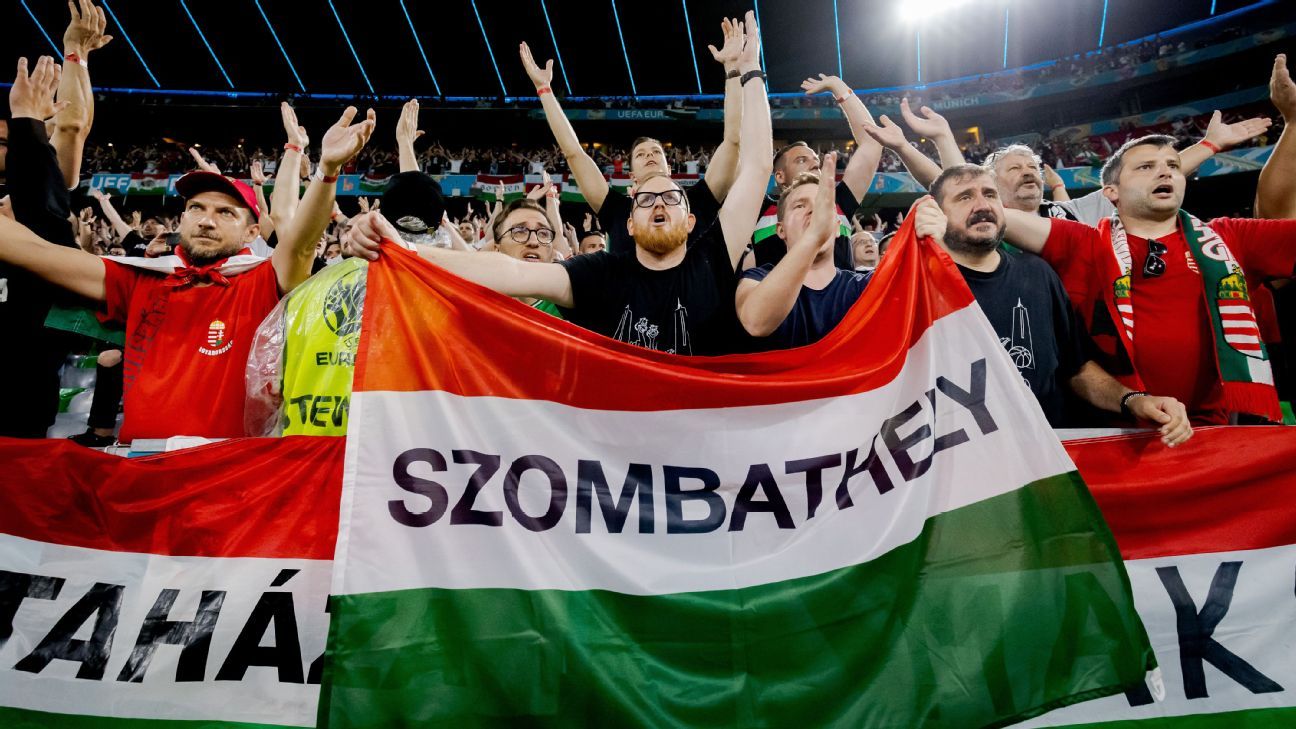 The punishment was given for the discriminatory behavior of their fans during three matches of the European Championship.

Hungary’s three-game closed-door ban on Hungary for discriminatory fan behavior is “pathetic” and “cowardly” for the use of “snitches”, assured this Saturday the Foreign Minister, Péter Szijjártó.

“The commission that has made that decision is a pathetic and cowardly entity. Shame on them!”Szijjártó said in a brief message on the social network Facebook.

The UEFA informed yesterday of the sanction to the Hungarian Football Federation (MLSZ) by the discriminatory behavior of their fans during three Eurocup matches, Hungary-Portugal on June 15, Hungary-France on June 19 and Germany-Hungary on June 23.

Hungary’s next three home games will be played behind closed doors, although the third of them is put on hold on the condition that fans do not re-offend for two years.

Additionally, the MLSZ will have to pay a fine of 100,000 euros and during the matches that their team plays behind closed doors they will have to display a banner with the #EqualGame ‘hashtag’ with the logo on it of the UEFA.

“It seems that UEFA continues to use previously known informants in the stands (…), who have nothing else to write reports on what they have said (or not said) in the stands. As in communism: no it is necessary to have proof, the accusation of the snitch is enough “adds the minister.

According to the leader of Hungarian diplomacy, the UEFA It has not sanctioned other cases, such as when the public used laser pointers or entered the field, although without mentioning concrete examples.

Even if Szijjártó does not deny that there was “discriminatory behavior” in the games, he does remember that the stands of Puskás Aréna were full in the games, something that he qualified “of an eternal memory for all”.

The public of Hungary generated criticism already before the matches of the Eurocup, as when in a friendly against Ireland he reacted with boos when the Irish knelt in a gesture against racism.

The UEFA assured on June 20 that he was investigating the parties that Hungary played against Portugal and France, for cases like boos and racist yelling when Kylian Mbappé and Karim Benzema they touched the ball.