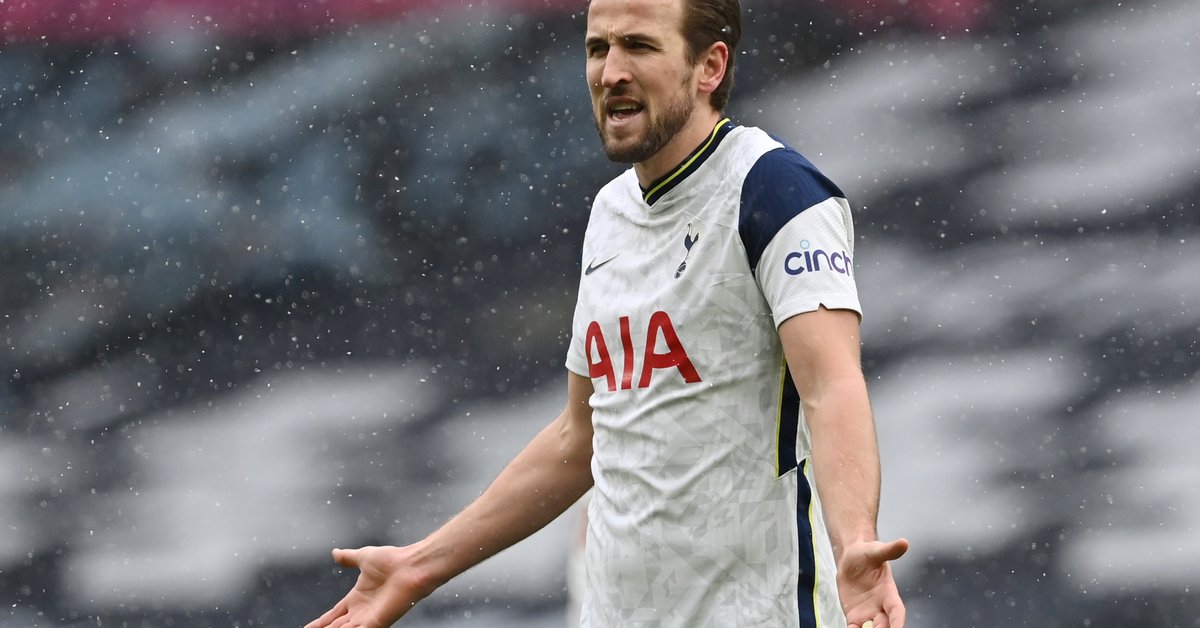 Harry Kane was absent this Monday to the pre-season medical tests planned by the Tottenham and the European media talk that he has started a rebellion to be able to leave for a new team. Is that the gunner is in the folder of the Manchester City, who has already made offers for him, but the leadership of the London cast has rejected them.

This Monday the scorer was expected at the Tottenham training center for a covid test and physical tests, after the three weeks of vacation that followed Euro 2020, where England was a finalist. But the footballer did not show up.

The Spurs, which will debut precisely against the Citizens in the Premier League on August 15, they declined to comment officially on their star player’s foul. The 28-year-old man publicly reported his desire to leave at the end of the previous season, assuring that it had “the tacit agreement” with the leadership, but nothing has yet materialized.

Kane He still has a three-year contract with the London team, which has not lifted a major title since 2008. The president, Daniel Levy, has no intention of selling his player, valued at about 150 million pounds (about 208 million dollars). The Tottenham board would have assured the new coach, Nuno Espirito Santo, before he took the reins of the team, that the forward it would not be sold.

Late july, the British press revealed that City offered 150 million euros (USD 178 million), almost 20 percent more than what was presented in the previous meeting. However, Tottenham once again rejected the figure, which is why the footballer seems to have rebelled against his own club.

What happens is that the London team does not want to lose its great scorer and figure that made it aspire to fight for different championships in recent years. Much less against a direct rival like City that broke away from Sergio Agüero and is looking for an attacking center to conform to Pep Guardiola.

In their goal to satisfy the Spanish coach, the Manchester team is also making sacrifices and analyzing which players they could sell to raise the money necessary for Kane. In the corridors of the team, several names that could be blacklisted are already beginning to sound: Bernardo silva, a Portuguese midfielder, is one of the possible candidates for an exit. The footballer who comes to represent his country in the last Eurocup it has a market value appraised at approximately 73.5 million euros.

Before the continental tournament that crowned Italy over England on penalties, the leadership of the Cityzens had considered selling to Raheem Sterling. But his impressive performance in the Euro leading to The Three Lions to his first final and the great synergy he found with Harry Kane caused a rethinking of the situation. Rumors pointed to Riyad mahrez with one of those that could be sold, but a few days ago he reaffirmed his commitment to Pep’s team in search of the first Champions League of the English institution.

From the opposite side, Tottenham is inches away from losing its great scorer and figure that made it aspire to fight for different championships in recent years. Your strike partner Heung-min son He decided to make the opposite decision and renewed with Spurs until mid-2025. The Korean will be the great reference in attack and will probably dispute the captaincy of the team with the French goalkeeper. Hugo lloris. The arrival of Nuno Espírito Santo As a coach, he promises a change in the style of play that makes the task of the Asian forward easier.

A former Real Madrid doctor told who was the footballer who surprised him with his physique, above Cristiano Ronaldo
“I saw him dead”: the heartbreaking testimony of a partner of Christian Eriksen who assisted him at the time of his collapse in the European Championship
Surprise in Tokyo: Canada beat the United States and qualified for the women’s soccer final
Ronaldinho revealed his reaction after Messi won the Copa América against Brazil at the Maracana