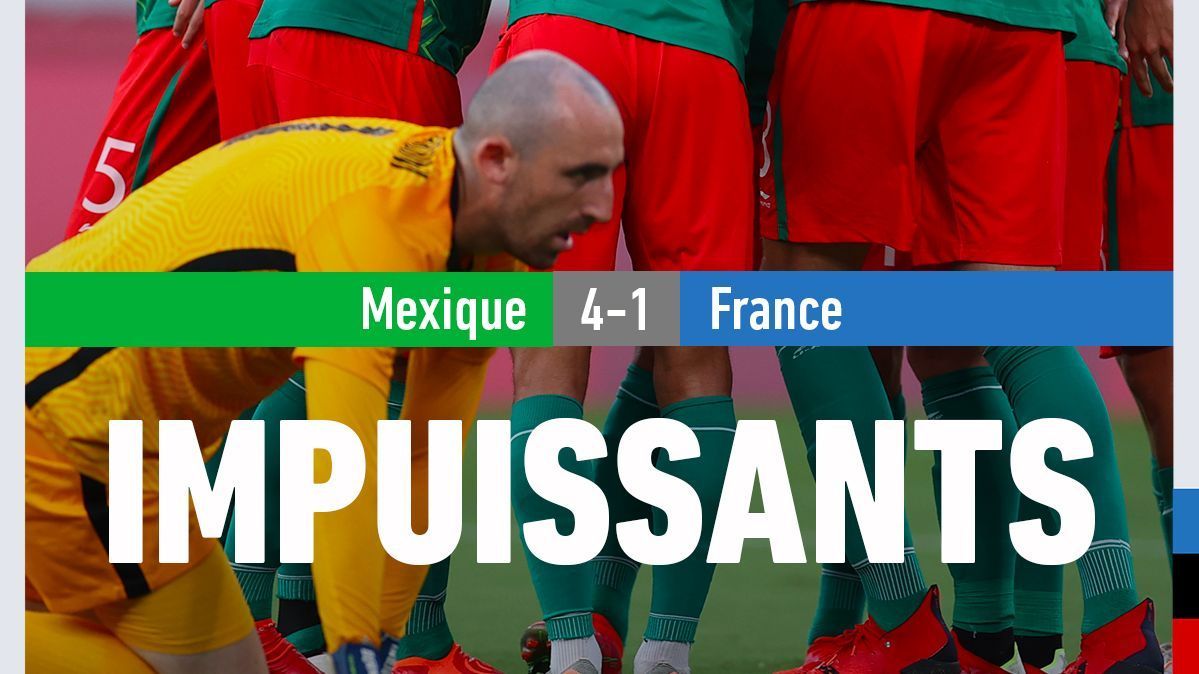 The French press had no mercy on their team and criticized them for the role they played in the 4-1 defeat to Mexico in their presentation at the Tokyo 2020 Olympics.

“INDEFENSOS”, this is how the newspaper described L’Equipe the performance of the French team after their debut at the Olympic Games, where they lost 4-1 to the Mexican team, which took all three points to be the leader of group A.

In the first half, the team led by Jaime Lozano was imprecise against the rival frame, a situation that worried the French team since they did not react until they were down on the scoreboard by two goals and from the hand of André-Pierre Gignac they approached, but the effort was insufficient because El Tri scored twice more.

The same newspaper highlighted the pressure of Mexico on the Gauls and specified that both Sagnan and Tousart prevented their team from leaving with the adverse score at halftime.

“French defenders lived through an ordeal”, Was also read in the French media given how ineffective its defenses were against the constant attacks of Diego Lainez, Alexis Vega, Sebastián Córdova and company.

“The nightmare of the French soccer team against Mexico”, The newspaper headlined Le Figaro after France’s defeat against El Tri in their debut at the Olympics.

The media also highlighted the performance of Diego Lainez, an element of Betis, who failed to reflect his name among the scorers, but who generated a lot of danger on the European defense.

Le Parisien He was also harsh in his criticism, pointing out that “France disappeared against Mexico” due to the poor performance that the European team showed against the Concacaf team in their Olympic debut. On the other hand, the fans’ criticism of the performance of Florian Thauvin, a new Tigres player, did not wait and is that the former Marseilla player generated very little football against the Aztec defense.

French supporters questioned his participation in the Tokyo Olympics and pointed out that the footballer is going through the worst moment of his career.

Next Sunday Mexico will face Japan, while France will face South Africa and the French press expects a better version of the team led by strategist Sylvain Ripoll.