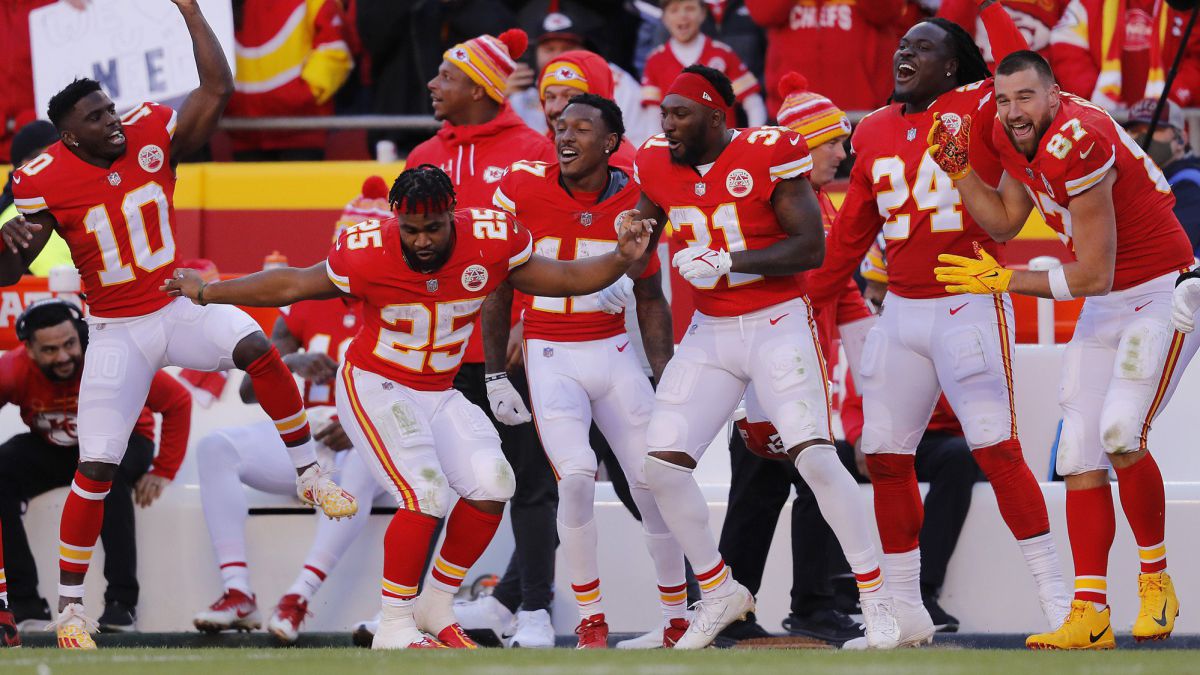 Amid the darkest days the NFL has faced during the coronavirus pandemic, The 2021 season heads into its final stretch without any team having secured a position in the Playoffs so far. With 75 percent of the schedule being part of the history books, the league plunges for its Week 15 into a wave of covid that has forced multiple head coaches to erase the names of the players they will not be able to count on to this weekend.

For the third time since 1990 the NFL has no postseason organization with 14 consumed Sundays. With four weeks to go, 28 teams are still in contention for the playoffs.

The arena still features several gladiators ready to fight with their last breath.

In life we ​​have become used to the fact that the best things always come last. Like dessert at lunch or dinner.

But in Week 15 of the NFL it’s different.

The Chiefs visit the Chargers in a defining matchup in the AFC West race. Kansas City enters the week as the third-seeded in the postseason draw while Los Angeles occupies the top wild-card spot.

In historic rivalry the Chiefs dominate 64-57-1, but the Chargers have won each of the last two games. In Week 3 of this season, the quarterback Justin Herbert threw four touchdown passes, including one to Mike Williams with 32 seconds left that helped defeat Kansas City 30-24.

Chiefs enter Thursday as winners of each of their last six games, the second-longest active winning streak in the league. They have a chance to secure their seventh consecutive season with at least 10 wins and become the fifth team in NFL history with seven consecutive 10-win seasons.

The Chargers are a game behind the Chiefs in qualifying, but with a win over Kansas City, it would give them control of the road.

The Chiefs haven’t lost a series against AFC West teams in the same season since 2014. That’s six straight seasons without losing twice to a divisional opponent, showing just how difficult the Chiefs are to beat twice, let alone. beat once.

Following that Week 3 loss to Los Angeles, the Chiefs lost two more games, to Buffalo and Tennessee, to bring their record to 3-4 entering Week 8.

Since then, Kansas City has relied on its defense to straighten the boat and has built a six-win streak, with wins over the New York Giants, Green Bay, Dallas, Denver and Las Vegas (twice).

With both teams fighting for first in the AFC West, this Thursday Night Football clash should turn into a brutal back-and-forth brawl.

The Chargers and Chiefs rank fifth and sixth, respectively, in passing yards per game and are tied for eighth in the league in points per game (27).

Defense is another story. The Chargers rank fifth in passing yards allowed (207.3), but they have the second-worst rushing defense (140.7) in the league and yield 25.8 points per game (26 in the NFL).

The Chiefs are in the bottom 10 in passing defense, but they are 14th against the run and sixth in points allowed (20.6). Chiefs 28-24 Chargers

The Panthers are at the bottom of the NFC South, their three-game losing streak the result of Cam Newton’s lack of leadership and competence. A win could help his chances of going for the wild card, the Bills will not be the team that the statistics can deceive when stringing together two losses.

While Buffalo has lost four of its most recent six games, the spiral isn’t as downward as you might think. Josh Allen every time goes up one more notch in terms of his performance.

Buffalo is in trouble, but this is the victory it needs. Panthers 14-24 Bills

College football is over and by law the NFL is already allowed to play on Saturday. So the league wisely timed a game that could well be a postseason preview.

It will be up to Indianapolis running back Jonathan Taylor to fight through whatever game plan the Patriots put in place to neutralize it. In the Colts’ victory in Week 13, Taylor rushed for 143 yards and two touchdowns. He became the fifth player of all time with a rushing touchdown in at least 10 consecutive games in a single season. Taylor has 30 touchdowns in 28 career games. Patriots 21-14 Colts

“If you take your foot off the gas for one second, this guys out the door.”

The new wave of covid within the NFL hit the Browns who had to place multiple players on the reserve list. The Raiders meet on a slide. Raiders 14–21 Browns

The Bucs are on a four-game winning streak and can take over the NFC South with the win. Saints 20-35 Buccaneers

Watching the grass grow in the winter is more fun than what Texans and Jaguars will do in the field, but you have to give a result. Texans 14-10 Jaguars

No one thought Tennessee would survive the season that ended with Derrick Henry’s injury. Steelers are at the bottom of the NFC North, they won’t get out of there. Titans 24-21 Steelers

The Cardinals are the best visitor with seven victories, each of them covering a lead of 10 or more points. The trend continues. Cardinals 30-17 Lions

Miami is coming off a bye week and with the momentum of five wins. They face one of the four worst teams in the NFL; we all know the outcome. Jets 14- Dolphins 21

While Jerry Jones said earlier in the week that his quarterback Dak Prescott could be going through a performance slump, the Boys’ two wins and a team like that will make things go smoothly. Cowboys 35-20 Giants

In their last eight December meetings against NFC East opponents, Washington has come up short. The Eagles are in the postseason bubble and they won’t want to get out: WFT 20-28 Eagles

The Broncos are not to be counted as an out-of-playoff team, however the Bengals are urged to make the jump in quality. Bengals 21-17 Broncos

If only the Falcons defense, ranked 25th, could do better than allowing opponents to score 27 points per game, my guess might be different. Falcons 24-28 49ers

Seattle is not prepared to defend so much talent from the Rams even if they have casualties from Covid. Seahawks 17-28 Rams

Over the past three games, the Green Bay Packers offense has put up more than 37 points on the scoreboard. The Ravens suffer the curse of year-end injuries. Packers 30-21 Ravens

The NFC North belongs to the Packers, but the Vikings are among the contingent of teams with postseason chances. Vikings 30-24 Bears.