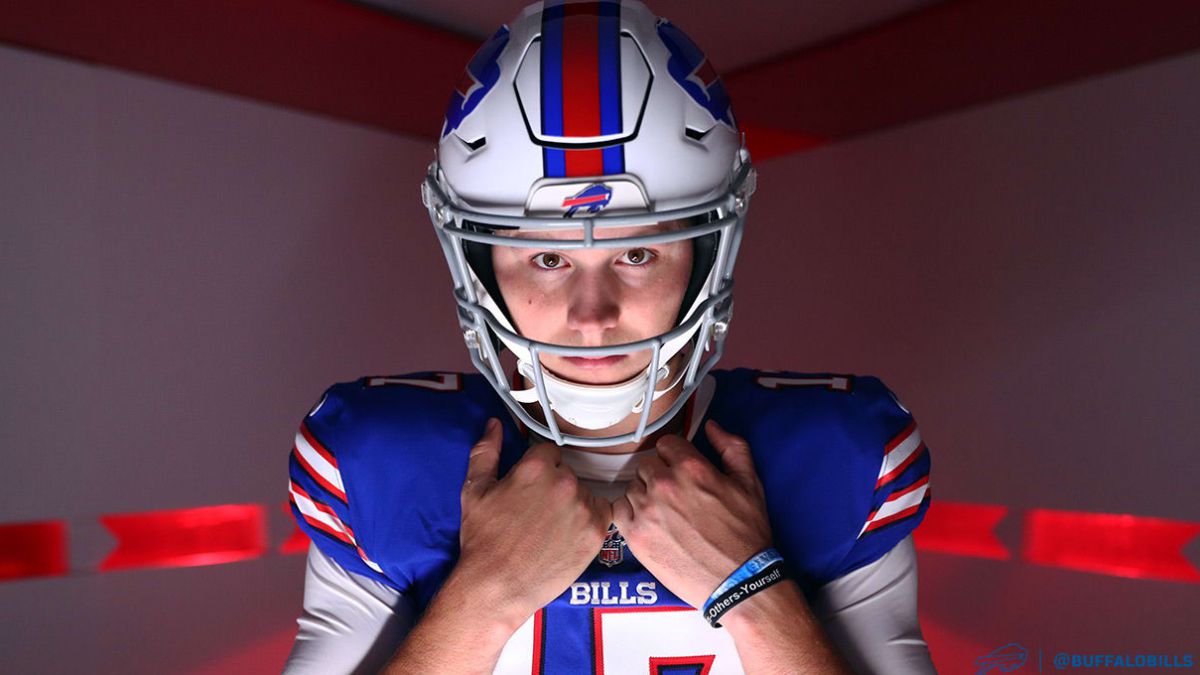 Amid the crowds of photographers and journalists who came to capture the embrace that Tom Brady and Bill Belichcik gave at the end of Sunday night’s game, few thought that the field goal that Nick Folk missed seconds before, in addition to sentencing the moral defeat of Belichick, ended pOr to tip the balance between the victories that the teams reap at home and those that they obtain on the road.

During each of the first three weeks of the season, the tally of the results was an 8-8 tie. But on Sunday Night, the kick that Folk missed served to set a trend that began last year when the pandemic drove fans away from stadiums: home advantage no longer exists.

For years in popular knowledge an idea remained that when teams played on their own field they were favorites by three points. But just as the helmet evolved along with the rest of the props to make football safer, the game’s narrative also changed.

To forecast what’s to come in NFL Week 5, you have to know where we come from.

Since this campaign, dubbed “the greatest of all,” began, the league has remained a popular drama. Not since the 1970 merger, this year the NFL has had 15 games decided by touchdowns in the last minute of regulation time or in overtime. The NFL is like dessert, the best is at its end.

In 2021, tight bookmarks hold up better than Facebook and its family of apps. Over four weeks, 17 of 64 games (26.6 percent) have been decided by three points or less. It is the fourth-highest record in the league’s record books.

For those who had not found out, the mills of life already took a turn in the forecasting race to which @ Ivan_Pirrón And I dived early in the season As of this week I come out on top and as it once happened when Tom Brady took over the Patriots’ ownership due to Drew Bledsoe’s injury: I feel sorry for him (Iván), but this position, he will not get it back.

In general information: It is the ninth time in 10 seasons that the teams that played the most recent AFC Championship meet the following year.. On five out of eight occasions, the rematch winner concluded his season through the Super Bowl. Four of them returned home with the Vince Lombardi trophy.

In particular: Buffalo rose from its unexpected loss to the Steelers earlier in the season, stringing together three victories. The win row was with scores with more than 20 points of advantage and two games in which they shut out the Dolphins and Texans.

While the Chiefs once again lined up in the win column by surviving their visit to the Eagles in Philadelphia.

Now both teams meet again but with the mental advantage on the side of the Bills and revenge on their mind.

The Sunday Night that will include two MVP candidates will be a potential offensive duel, known colloquially as a shootout. At least that’s what Kansas City will try because of its deficiencies on defense.

The Chiefs are allowing the second-most points in the league at 31.3 per game. The Bills are the second-highest scoring offense with 33.5 points per game.or. Josh Allen can already smell the bacon on the skillet.

On the other side of the ball, Allen’s work is backed by a defense that limits his opponents to 11 points per game. Buffalo are the third team in history to be without points in two of their first four games, joining the 200 Ravens and 1991 Redskins.. Both Baltimore and Washington were SB champions, what does this statistic tell us?

It doesn’t matter if the Chiefs have the most talented player in the league in Patrick Mahomes, if they don’t fix their holes on defense, as high-caliber as their attack is, they won’t be able to sustain the shootout. Bills 33-Chiefs 28

In this space we have been riding the Cowboys horse from Week 1 and at least for several more games, we are not going to get off. The Boys proved with triumphs over the Chargers and Panthers that they are legitimate contenders within the NFC. While the Giants are coming off their first win of the season with Daniel Jones exceeding 400 yards through the air, the emotional push will not be enough at least in the previous perspective. In New York, Saquon Barkley has already recovered his form, who last weekend entered the diagonals with the winning score. He finished with 126 combined yards, including a 54-yard reception.

Divisional games are somewhat unpredictable but Dallas’ offense has been deployed effectively after the loss in Week 1. Dak Prescott had one of his best first months of the season with 1,066 passing yards and 10 touchdowns.

On defense, Dallas improved both on the ground and in the air. Cornerback Trevon Diggs leads the NFL with five interceptions. With a better balanced team and momentum on the spurs, the score will be Giants 17-24 Cowboys.

Throughout this forecasting race, I have hit every one of my surprise predictions. This week I put my reputation in a high stakes game. The Cardinals are the popular new student of the NFL, catching everyone’s eye thanks to their great start to the season that places them as the only undefeated team. It is a place the organization has not been in since the distant 1974 when the franchise was home to St Louis.

All the stats for this divisional game are on the Cardinals’ side. All negative situations with 49ers.

Arizona’s offense leads the NFL in both total yards per game (440.5) and points per game (35.0). This season they scored at least 30 points with 400 or more yards of offense in each of their first four games. Before this season, only three teams had done that, and each went to the Super Bowl: the 2013 Denver Broncos, the 2007 New England Patriots and the 2002 Oakland Raiders.

San Francisco has only the motivation and the desire to show blood. Back-to-back losses at home should wake up this group of talented players. Rookie Trey Lance could have his first career start because of Jimmy Garoppolo’s injury. The 49ers can take advantage of the fact that Arizona’s running defense still has many suspicions and with Lance’s versatility they can get big plays. If the 49ers lose it would be disastrous in their aspirations and it would leave me with a bad taste in my mouth, of never going back to my intuition and leaving everything to reason. 49ers 27-24 Cardinals

Last week I predicted how SURE PICK that the Rams would remain undefeated by defeating the Cardinals and the opposite happened. I was in evidence how Urban Meyer in the shameful videos that were published on social networks and that have him under public and family fire. However, I still believe that Los Angeles is the most talented team to take the NFC ticket to the Super Bowl. They were built for that. This Thursday Matthew Stafford and the Rams move north for another divisional game and will return home with the victory. Rams 30-24 Seahawks

The NFL returns to London so you have to wake up early to see the international showdown. Both the Falcons (2014) and the Jets (2015) are making their second appearance in London. A game that only serves to have the first coffee of the day. Jets 17-2O Falcons.

The long 2021 continue for Detroit. Now on their trip to Minnesota they are down on the stakes. The Vikings are 1-1 at US Bank Stadium after a Week 4 Vikings loss. Detroit has a lot to think about, but for another year, it won’t be in the Super Bowl: Lions 14-28 Vikings

Washington returned to winning ways after passing over the Falcons. Quarterback Taylor Heinicke threw for 290 yards and three touchdowns. For his part, Jameis Winston has completed 64% of his passes for 613 yards with eight touchdowns and two interceptions. In gypsy quarterback duel: Saints 28-24WFT

Bill Belichick is not going to tempt his heart after his ex-quarterback Tom Brady broke his last Sunday night by defeating him at home. The Texans don’t think they can win even with Joe Montana, so the prognosis is a gift to everyone. Patriots 30-10 Texans

The Buccaneers return home where they have won four games in a row, including last season. The Dolphins deserve all the losses after their failed experiment of having two offensive coordinators. When you have two brains, you don’t really have a good one. A meeting for Tom Brady to continue increasing his record for passing yards. Dolphins 16 28-Buccaneers

An AFC-NFC battle comes Sunday at noon after Cincinnati had a long weekend of playing. The Bengals surprised many with a 3-1 record but I didn’t buy that mirror. Although they play at home, they are visited by Aaron Rodgers who, as the weeks go by, puts his arm in better shape. Packers 31-28 Bengals

The possibility of showing some life comes for the Pittsburgh Steelers. Broncos enters this duel as one of six franchises with two road wins. Ben Roethlisberger threw the 400th touchdown pass of his career and became the eighth quarterback to reach this mark, but the Steelers need more than that from Big Ben. Head coach Mike Tomlin knows how much to play. Few teams starting 1-4 were able to make the Playoffs. The Broncos have injuries and that is why we believe Pittsburgh is keeping their season alive. Broncos 13-17 Steelers

Carolina was stamped with her reality last Sunday when they lost their unbeaten card to the Cowboys on their visit to Texas. Though he’s in a transitional period, Jalen Hurts is dangerous enough to overpower the Panthers defense, but this year he won’t be. Eagles 21-24 Panthers

Tennessee is far from being a good team in the AFC and benefits from being in the weak South division. Yet in Jacksonville they are more concerned with videos of their coach dancing with a woman other than his wife, than with finding a way to win for the first time this year. The Jaguars are close to being the first organization with 20 losses in a row after two seasons. Titans 30-24 Jaguars

Another good showdown under the awning of the modern SoFi Stadium. With everything and the victory last week, Baker Mayfield comes with a descending level, facing a defense that slowed down Derek Carr’s momentum will not be easy. Browns 28-31 Chargers

With Justin Fields things seem to be better in Chicago. They are coming off their second win of the year and posted a .500 mark. All good, but the Raiders are not the Lions and Fielfs has not yet developed all his talent to carry the offense almost alone. Bears 21-30 Raiders

In the NFL there is no rule that says how to win. Baltimore has made it ugly, but it has racked up wins after losing in the first week. Lamar Jackson finally beat Patrick Mahomes this year and that’s gasoline for the organization. Last week the Colts took their first victory but it was by defeating Miami. Colts 20-35 Ravens