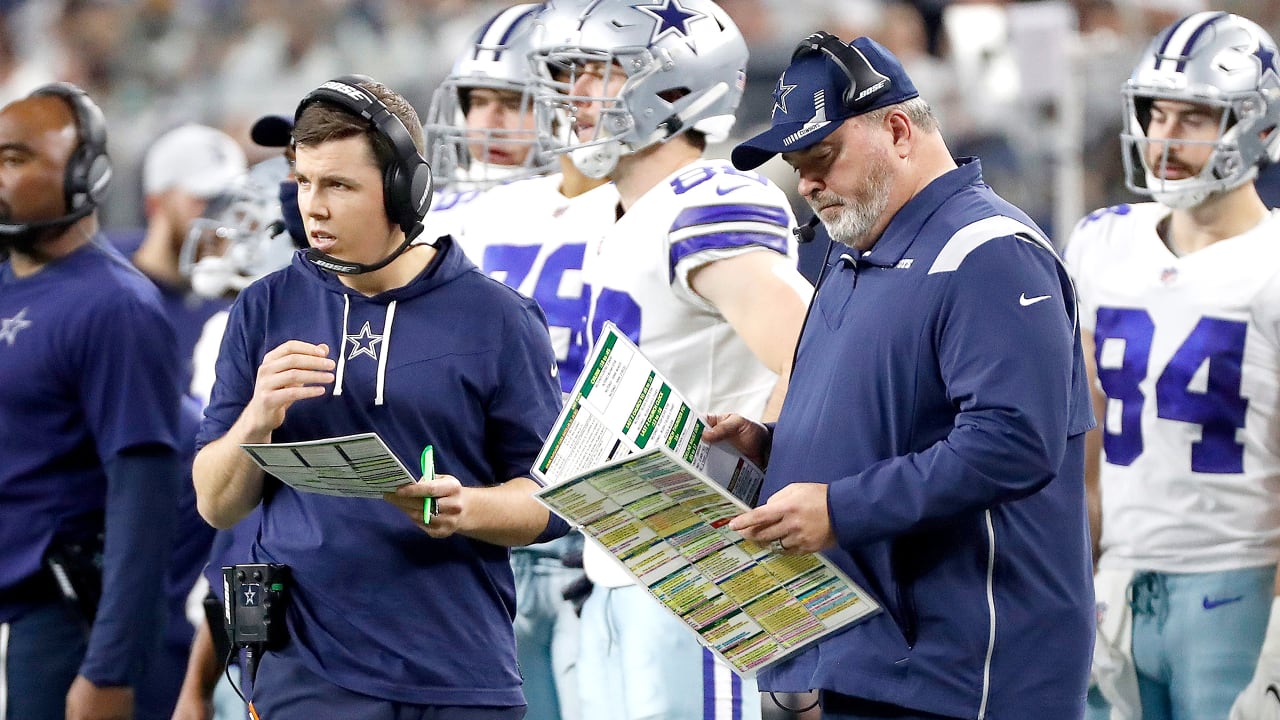 FRISCO, Texas- Continuity in the Cowboys staff is assured, except for a surprise in the size of their stadium. Now they will have to take advantage of it to grow.

Every NFL team has already hired a new head coach, and as a result, coordinators Kellen Moore and Dan Quinn will be back for the 2022 season to try to finish what they’ve already started.

The only predictable move among Mike McCarthy’s assistants, and it’s not a minor detail, is the receiving coach.

Robert Prince will be the new manager of the position, replacing Adam Henry, whose contract expired with the elimination of the team, according to multiple reports, and who left to be desired in 2021.

Prince arrives with experience and a high level. He was the receiving coach for Houston last season, Detroit (2014-2020), Seattle (2009) and Jaguars (2007-2008), after also being an assistant with Atlanta, Chargers and 49ers in the NFL, as well as collegiate experience. .

He will report to Moore, who is likely to return for a fourth season as offensive coordinator. He is under contract.

“I think the world of Kellen and that’s why we want him back,” Cowboys vice president Stephen Jones said of his offensive coordinator. “It’s not like I want to slow his career down either. Hopefully we can keep it, without being selfish.”

The hiring of a new wide receivers coach was predictable, after the Cowboys finished far below expectations at that position.

Amari Cooper, CeeDee Lamb and Michael Gallup started the season in the conversation for a thousand-yard third apiece, but for different reasons they fell short. The same thing happened with alternates Cedrick Wilson and Noah Brown.

Nor is it that it was different from the rest of the offense, which put up very good statistics, but at times seemed to lack that spark that makes a difference.

Kellen Moore has worked closely with Prince. He was the receiving coach at Boise State University when Moore was in his final year as the starting quarterback. They were also together in Detroit.

The Cowboys had one of their best offensive seasons ever, especially in passing, but when Moore and his assistants had to adjust they fell short in momentous moments.

In Moore’s third season as offensive coordinator, the Cowboys finished first in total yards (6,919) and points scored (31.2), although a lot had to do with the first half of the year because in the second the lack of explosiveness and the abundance of penalties It ended in what everyone already knows…

The Cowboys really believe in him and his development. They have tried to give him all the pieces and support necessary for Moore to be successful, because he is directly related to the results of the team.

He has a group of experienced assistants, in addition to that of his head coach, Mike McCarthy, whose biggest strength is also offensive.

He has worked his entire career alongside Dak Prescott, who should also benefit from the continuity of his coordinator, who was previously his teammate and quarterbacks coach. Better yet, they fully trust each other.

The receivers, despite Gallup’s likely free-agent exit and having to deal with Dalton Schultz, have plenty of talent in the air and on the ground.

He has to worry about improving the offensive line, particularly on the left side, where tackle Tyron Smith is highly injury-prone. Connor Williams’ punishments and inconsistency have been a factor.

He’ll also have to decide if La’el Collins is still up to the task as his starting right tackle. But give Moore credit for the great work and patience he’s had in developing young players like Terence Steele and Tyler Biadasz. They can’t all be Pro Bowlers, but they’re both NFL level.

That line had a lot to do with the slump suffered by the offense in the second part of the season.

Like most young coaches, Moore’s playmaking was questionable at times, especially against good teams. They started games out of rhythm and were slow to start producing points to build confidence. It was more evident than ever against the 49ers in the playoffs.

A proven new wide receiver assistant will help any of his prospects to maximize talent.

You just have to remember Cooper’s words, when he commented that to hit home runs in the Major Leagues you had to have many at-bats, in clear reference to the fact that he felt he had few opportunities in the game plan.

That will give Moore more help with an assistant he’s sure to trust at one of the most talented positions in the organization to try to finish the job he left unfinished.