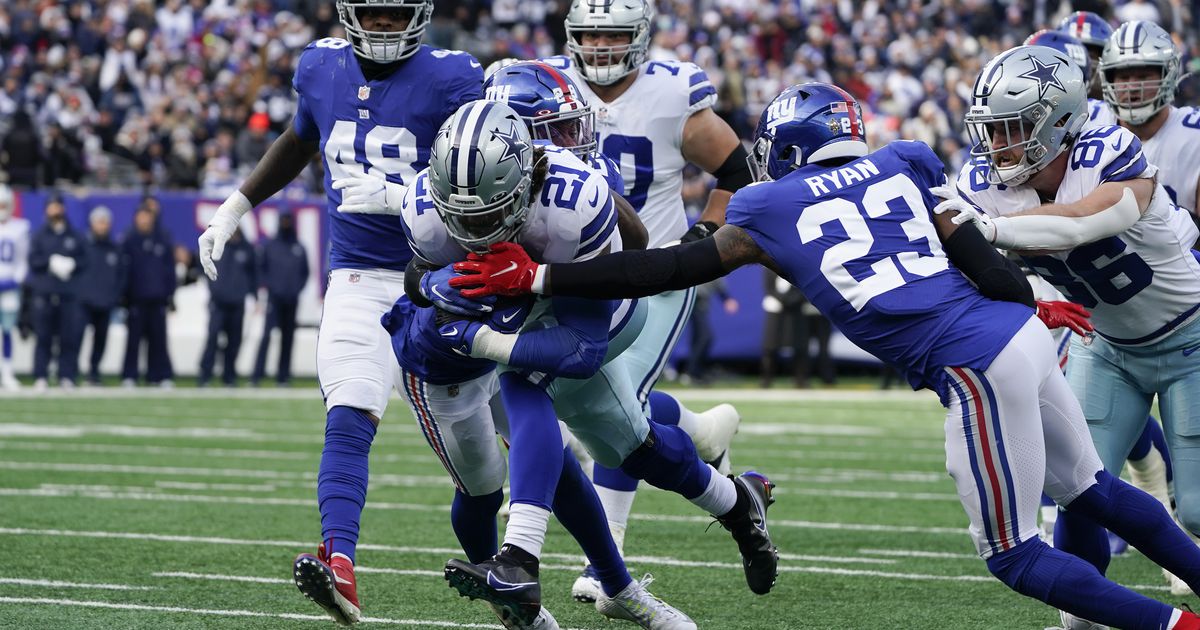 The Dallas Cowboys reached the door of the playoffs for the first time in two years after beating the New York Giants 21 -6 at MetLife Stadium.

With its win on Sunday, Dallas set its season-high 10 games won and four lost to maintain the lead in the National Conference East Division.

A loss to either the New Orleans Saints or the San Francisco 49’ers on Sunday afternoon will have the Cowboys mathematically anchor their playoff presence.

Dallas could also secure its division title if the Washington team loses its visit to Philadelphia Eagles Stadium on Tuesday.

In the game against the Giants, the Cowboys once again relied on their defense to get the result.

A ball intercepted by Jourdan Lewis in the first quarter of the game set the stage for running back Ezekiel Elliott to cross the end zone with a 13-yard carry.

With that score, Elliott placed himself as the fifth best player in Cowboys history in the number of touchdowns achieved with a total of 66.

Lewis’s interception was coupled with an intercepted pass from Malik Hooker and another from Trevon Diggs, both in the final quarter of the game, bringing Dallas to 23 interceptions this season, the most in the NFL.

With his intercepted pass against the Giants, Diggs reached a total of 10 to be the league leader in that field and in passing equaled the second-best mark in franchise history for intercepted shipments in a season that was imposed by Mel. Renfro in 1969.

To win Sunday’s game, the Cowboys defense had to contain 302 total yards from the New York team.

“We continue to improve defense, that’s something we’ve talked about since the preseason, and we’ve improved on that from last season,” Cowboys head coach Mike McCarthy said.

In the game against the Giants, Dallas’ offense once again disappointed as it still did not deliver the explosiveness expected from its great arsenal.

Quarterback Dak Prescott finished the afternoon with 217 yards, a touchdown pass and 28 completions on 37 attempts.

On the ground, Tony Pollard added 74 yards for the Cowboys and Elliott 54.

“A win is a win, our defense is playing very well, but surely we must improve on offense,” admitted Prescott.

The next game for the Cowboys will be on Sunday, December 26 at AT&T Stadium, hosting the Washington team.