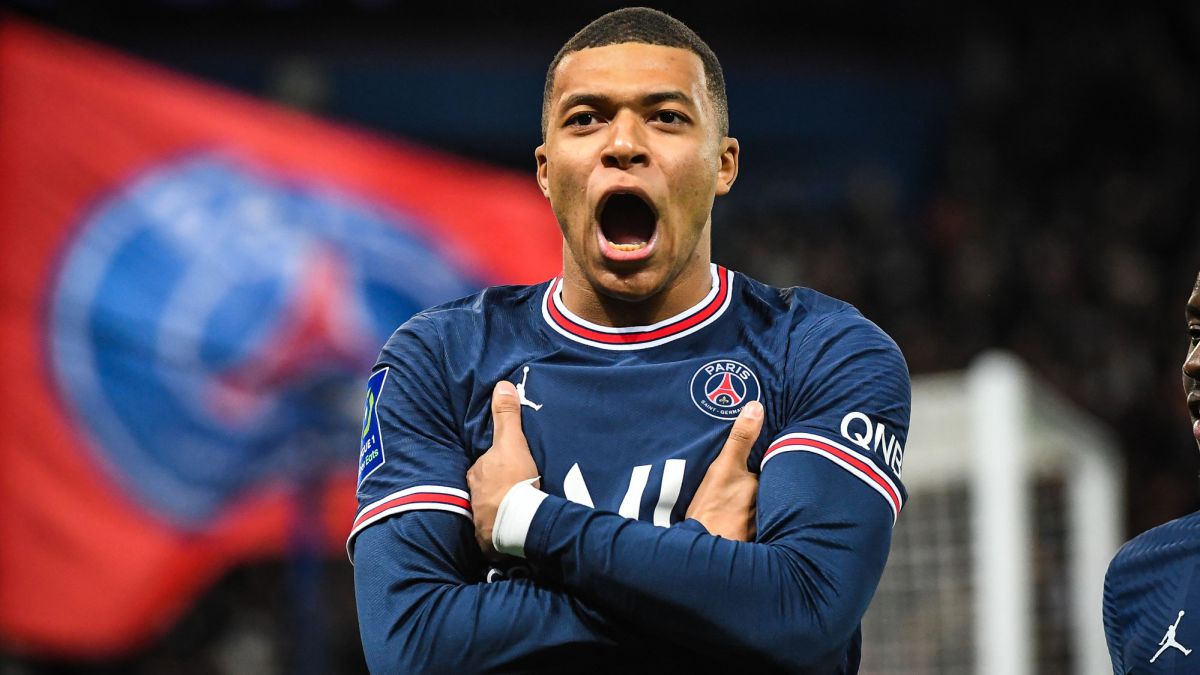 Leonardo’s recent public statements about Mbappé’s future are by no means enlightening. The sports director has changed the forceful speech he had at the beginning of the season for a more moderate one in which he cannot assure that the French international will continue in the French capital. In an interview with Europe 1, the Brazilian has shown more doubts about the future of the French star and has recognized that there were better momentsin the relations between both parties. “We can say that there were times when we argued with more enthusiasm, but that’s part of building a relationship.”

Mbappé: “Mbappé is so comfortable in his role as the best player in the world that nothing around him really influences his performance, his daily life or his state of mind. This year it is even stronger. People will think that we say it because we want to renew them, but it is not like that. It goes beyond the interest of the club. At 22, almost 23 years old, Kylian has reached incredible maturity. Everyone knows it, we want to keep it as long as possible. It is a very special situation because we are talking about the best player in the world who, right now, is reaching the end of his contract. We have always had a very direct relationship with his family, be it with Fayza (his mother) and Wilfrid (his father). You could say that there have been times when relationships have been more heated, but that’s part of building a relationship. If you decide to stay, you will do so because we want you to continue. I think he’s going through all this very calmly. It is a complicated situation in the sense that we would like him to stay in Paris for a lifetime and we have to respect his decision. I think we still have a chance to renew it. I believe in it ”.

Sergio Ramos: “We did not expect to continue four or five months without Ramos. We knew he had injuries from last season and we had to manage them. It is true that there have been surprises. There were some tensions, we forced ourselves to prepare and then backtracked. But today you are really on the right track. In terms of presence, mentality, personality it would be really important to have him with us in the second half of the season ”.

Donnarumma: “We have two 22-year-old players at PSG, Achraf and Donnarumma, who for me are the best right-back in the world and the best goalkeeper in the world. And with Keylor Navas we have two goalkeepers among the ten nominees for the Ballon d’Or ”.

Messi: “Leo Messi is indisputable for me. If you start arguing about Messi, you don’t know anything about football. We cannot doubt. If you look at Messi’s numbers, his first six months are incredible. He and Mbappé have participated in almost every goal for the club. It is decisive. We do not take Messi to show off in every game. With him we are more competitive. You can decide in each game. Who said you had to run 12 kilometers per game? He has been playing the same way for 20 years. Things change when you have other players by your side. But he is adaptable because he is a genius and other geniuses have to adapt to him. But he is here, he spent 20 years in the same place and we brought him three days later. Three days! It was completely unexpected for him. Those who believe that he is walking are those who are looking for trouble. Even Idrissa Gueye, who runs 15 kilometers per game, walks on the field. “

Neymar: “I am happy that a documentary of his is coming out. He’s going to start in the movie talking about him. Neymar is this, Neymar is that, Neymar is a monster … He shows that and then makes us know him. It is not a monster. It is very nice what is going to come out. It makes itself known. I think people confuse everything a bit. It is true that he has done things, partying … But the real Neymar has done things that he has never shown. He does not want to change his essence ”.

Pochettino: “He came a year ago (on January 3, 2021) when we had problems. We told him that we wanted to develop things and that we had time. Afterwards, we eliminated Barcelona and Bayern Munich in the Champions League. We lost against Manchester City. (in the semifinals), but we were involved in the idea of ​​the season. Then summer comes and we do what everyone already knows. So the season starts again with a squad that is not that it was great, it was Very big. Building something, putting everyone in their proper measure and space, is difficult. Even with the players we have, it is not done that way. It takes time for everyone, to give them that feeling of being comfortable. I think we are building something important. And we arrived in January with many opportunities to have an unforgettable season. All the things that we thought of him (when he arrived) continue to exist “.

Your role as sports director: It is a strange role. There are not many clubs that have a sports director or perhaps we do not know him … The role depends a lot on the operation of the club. It is not written that a director has to do a task. For me, I am here because it is a story that has been written over time, the fact that I have played here, my relationship with Nasser and Qatar … All of that gives me the impression that this is not a job. I make myself available to the club, I move where I have to move. Sometimes I do, sometimes I don’t.

But Qatar’s love for PSG is undeniable. What has become of the Paris Saint-Germain brand? This logo, everyone knows it. My role is to defend PSG. Be at the disposal of this brand and the club. The market is part of this work. We have to build something that is sustainable, that the image that is transmitted is positive. Abroad, the image of PSG is much better than in France. Now we have to put the finishing touch on the trophy. Because that’s the argument people have.

For me, PSG is a great club, without a doubt. What I am also pleased about is that my relationship with Nasser is so good … We decide and go together in all directions for all challenges. It is a pleasure to deal with all the daily problems. But I’m not going to do anything else with Qatar, with Nasser, who doesn’t play PSG. I have no interest in doing anything extra. I have influence at Paris Saint-Germain, but nowhere else. Never in politics. But my hat is off to Qatar for what it has done for the sport. A World Cup, Formula 1, tennis, Moto GP … “

Leonardo: “We have not contacted Zidane”