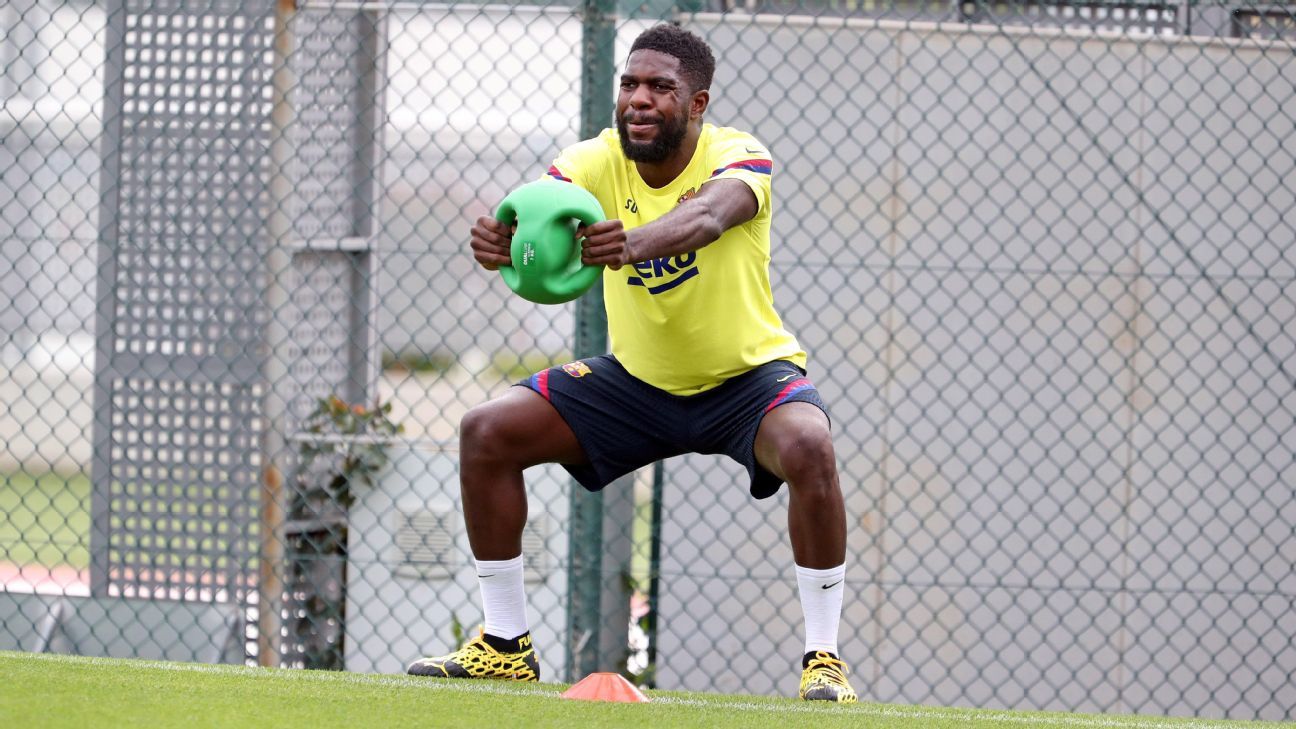 BARCELONA – Barcelona is trying to speed up the solution of the discarded players but is made to the idea that they will move to the Germany stage, suspecting that it is very difficult to close the exits of, mainly, Miralem Pjanic Y Samuel Umtiti.

Both players, who took part in the first two friendlies against Nàstic de Tarragona and Girona, know the intentions of the club and although the Bosnian midfielder is more predisposed to his departure, everything indicates that the resolution of his case will still be delayed. In the case of the French central there is no close agreement at this point.

A short-term exit from Martin Braithwaite, whose representative, Hasan Cetinkaya, was very upset with the efforts made by Jorge Mendes to place the Danish forward at Wolverhampton without his consent and despite Barça’s knowledge.

Pending the technical body of the physical state of Coutinho, who will probably remain in Barcelona, ​​while Dembélé continues to recover in France and Ansu Fati It does so by combining Madrid and the Ciudad Deportiva, around the club there was speculation that the players on the starting ramp would not travel to the stage, a possibility that was quickly ruled out at the Camp Nou.

The Barça squad, who trained this Monday with the novelty of Ronald araujo (incorporated after his vacation), will exercise on Tuesday in a double session and awaiting the return of Sergio Busquets, Jordi Alba and Martin Braithwaite to travel to Germany on Wednesday. Pending that operation leaving the club, it is quite assumed that Ronald Koeman will have to have an extensive list of troops that is not intended to be definitive at all and in which, at the moment, it is not known if he will be included Ilaix Moriba, with whose representatives, ESPN Deportes learned, there were contacts in the last hours by the Barça club.

To the youth squad, removed from the discipline of the first team for rejecting their agents to negotiate under the parameters of the club and who was not even allowed to play the first friendly of the subsidiary team, Barcelona offers an agreement similar to the one signed with Alejandro Balde: only three seasons of contract with an increasing salary and with benefits in the form of bonuses. For now, however, there is no agreement.

Neither is there with Samuel Umtiti, who remains firm in his claim to continue at the club if he does not find a destination that seduces him … And in which he can maintain his current salary status, higher than 20 million dollars gross per season and that is the main obstacle, reaching a possible pact similar to the one agreed in September 2020 with Luis Suárez to be contemplated from the club at the end.

IF Umtiti’s presence in Germany is practically taken for granted, he is also expected to travel with the Miralem Pjanic expedition, although in his case there is greater optimism that the club concedes that Juventus is interested in negotiating his incorporation, always in good shape. of assignment and waiting to resolve the salary to pay him, always below the 14 million dollars that it costs Barcelona annually.