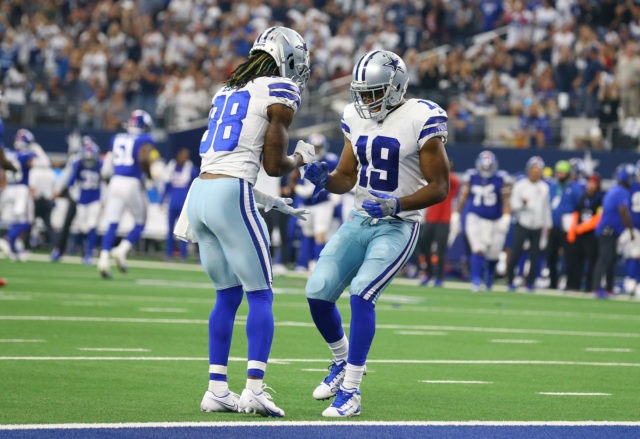 Several days have passed since the loss at home against the 49ers that put an end to those illusions. The mistakes to get to that disappointing elimination were many. As many as those responsible for not meeting the demanding expectations that the roster had generated. Taking into account that soon it will be time to look forward, there is still some space to qualify the performances of each protagonist.

The expectations about what this group could do were again on a very high level. After a good season despite not having Dak Prescott for most of the competition it was expected that his numbers would even improve. However, in two of the top three receivers performance was very stagnant.

The best of the trio was undoubtedly CeeDee Lamb. It was expected that in the short term he would become the WR1 of the Cowboys because of his talent, although that happened earlier than imagined. There may have been games with some throwing on his side, but there’s no question he’s the premier play-maker on offense.

Lamb finished with 79 receptions for 1,102 yards on 120 receiving targets. Those numbers also include six touchdowns. While the numbers are pretty good, the feeling he left the season is that he wasn’t used as much as possible. Comparison with other wide receivers with less potential shows that he could have been used in a different way.

With CeeDee Lamb’s touchdown catch from Dak Prescott to open today’s game, he became the fourth player in team history to reach 10 touchdown receptions in the first 25 games of a career, joining Bob Hayes, Dez Bryant and Terrance Williams.

A very particular case is that of Darnell Mooney of the Bears. Despite being in an offense with countless limitations in both Matt Nagy’s play selection and the reliability of his quarterbacks, Mooney had two more receptions and 20 more targets than Lamb. That’s without being the standout wide receiver on the roster.

Logically, that detail is not to the detriment of the Dallas receiver, far from it. It’s an issue for Prescott and Kellen Moore to correct if he continues as coordinator. The stat that should generate the most frustration is the matchup against the 49ers. In one instance of elimination the most dangerous weapon finished with just one catch in five deliveries.

Troy Aikman on @dfwticket on Cowboys WR CeeDee Lamb only having one catch vs. the 49ers: pic.twitter.com/sdIZD8dmpx

Although the production that should really worry is that of Amari Cooper. An upcoming offseason controversy will be the WR’s contract. Much is said about the level of Ezekiel Elliott in contrast to his salary, but the situation of the 4th overall pick in the 2015 draft is not so different after what happened last season.

Cooper had 865 yards on 68 receptions. One issue that is in his favor is that his use was not optimal either. It should by no means be the case that Dalton Schultz has the same amount of targets as someone who signed for 100M. One explanation for that detail is how conservative the Cowboys were at times attacking through the air.

A pretty good thing was his eight touchdowns. However, that is not enough to offset the lack of presence of someone paid like this. Another element that hurt the team a lot is that he had to miss multiple games because he was not vaccinated. Those big matchups against the Chiefs and Raiders ended in loss. In turn, in the third he returned without being ready and a player so relevant to the operation must always be available.

Amari Cooper has been placed on the reserve/COVID 19 list and will miss the Cowboys next two games.

Dallas is unlikely to part with Cooper beyond his current contract. Still, it’s worth mentioning that Spotrac says $16,000,000 in cap space would be created if he’s traded, so he’ll be a talking point for months to come. I don’t think it’s a good move to let him go, but his performances have to be consistent.

About Michael Gallup there is almost nothing to analyze. It was a very unlucky year for the wide receiver who will become an unrestricted free agent in March. In week 1 he had a calf injury that sidelined him until week 10. The worst came in W17 when he suffered a torn ACL against the Cardinals.

A promising development is the emergence of those who were behind him on the depth chart. Cedrick Wilson reaffirmed his ability to be a very reliable third option. In complicated situations he responded with total security. The other appearance to highlight is that of Malik Turner in the few opportunities he had. The drawback with them is that they too will end their respective links soon, although they could be replacements at a lower cost.

Yes. Before any contracts are renewed the only wide receivers in the hierarchy are Lamb and Cooper. In free agency, surely the management will try to retain some of those who end their links, but if that does not happen, other tools will have to be sought to complement this positional group. You don’t need to spend money on someone at that level, so the draft is an ideal situation. Early rounds like the second, third or fourth might be the best time to think about a future replacement for Cooper.

Who stays and who goes?

Gallup is the recognized wide receiver who will very likely have a new team when the NFL schedule begins. Although the serious injury that he had could make other franchises see him with certain doubts, the Cowboys must fill other more important holes. The situation of requiring other WRs has to do with the fact that there are three more that will be UFAs.

Wilson will be ending his signed one-year deal in 2021. That reality is repeated with Noah Brown, who would be a pretty cheap option to maintain some depth. Turner is the receiver that completes this list. Among those who remain is the very small fifth-round pick Simi Fehoko.