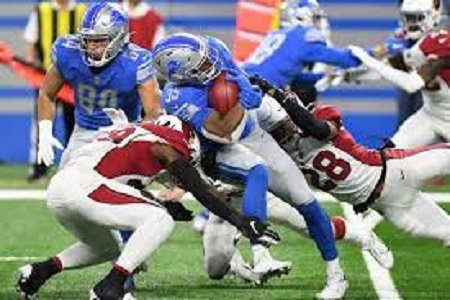 So the NEW ORLEANS SAINTS (6-7 going into Week 15) were dispatched with a shutout at Tampa Bay (10-3 prior to loss). On 11 occasions this season, including Detroit and New Orleans’ Week 15 wins, a team has beaten an opponent with at least four more wins. Those 11 games are the most over 15 weeks in 33 years, since the 1988 season also produced 11 such games coming into week 16.

This week the Saints (7-7) continue their fight for a postseason berth by hosting the towering MIAMI DOLPHINS (7-7) in the Monday night classic Monday Night Football.

In last week’s 9-0 win at Tampa Bay, the Saints became the first team to shut out the reigning Super Bowl champs since the 2012 Falcons knocked out the Giants (Week 15) in Atlanta. New Orleans also became just the second road team in NFL history, and the first in 40 years, to keep the reigning Super Bowls champion without a point. The Saints were joined by the Denver Broncos, who posted a 17-0 victory at the Oakland Coliseum in the fifth week of the 1981 season.

Also last week, the Saints became the first team in NFL history to face both the reigning league MVP (AARON RODGERS) and the MVP of the last Super Bowl (TOM BRADY) and keep both teams. out of the end zone. The Saints defeated the Packers 38-3 in the first week. The Saints’ victory last week marked the first time an NFL team kept a Brady team at zero since 2006.

The Dolphins last week earned their seventh straight win and come into this week’s game tied for the longest active winning streak in the league. Miami, which started 1-7, is looking to become the first team in league history to reach the postseason after winning just one of its first eight games.

When the Lions travel to take on the ATLANTA FALCONS (6-8) on Sunday (1:00 PM ET FOX), one of the top rookie tight ends in recent memory – KYLE PITTS – will be in action.

Last week, Pitts had four receptions for 77 yards and enters the game leading rookie tight ends in receptions (58) and receiving yards (847) this season.

TWO HIGH SELECTIONS MEET IN METLIFE
When the JACKSONVILLE JAGUARS (2-12) meet the NEW YORK JETS (3-11) on Sunday, the top two picks in the 2021 NFL College Draft are expected – Jacksonville’s TREVOR LAWRENCE and the Jets’ ZACH WILSON– are under center.

Sunday’s game marks just the fourth time in NFL history that the top two picks in the draft have met as starting quarterbacks in their rookie seasons. The previous three instances were JAMEIS WINSTON and MARCUS MARIOTA in 2015, Hall of Famer PEYTON MANNING and RYAN LEAF in 1998, and DREW BLEDSOE and RICK MIRER in 1993.

The Jaguars-Jets game will also mark just the 10th time in the Unified Draft era (since 1936) that two quarterbacks selected 1-2 in the same NFL College Draft play each other. Leading that list are JIM PLUNKETT and ARCHIE MANNING, who saw each other three times in the 1972-83 span.

Last week, Jacksonville running back JAMES ROBINSON posted his eighth TD run of the season. Robinson, who had seven touchdown carries as an undrafted rookie in 2020, became the fourth unsigned player in the Unified Draft era with at least 15 touchdown carries in his first two seasons, joining ARIAN FOSTER (19), KEVIN MACK (17) and PHILLIP LINDSAY (16).
AM.MX/fm

Any given Sunday for teams with a losing record in the NFL – Almomento | News, national and international information