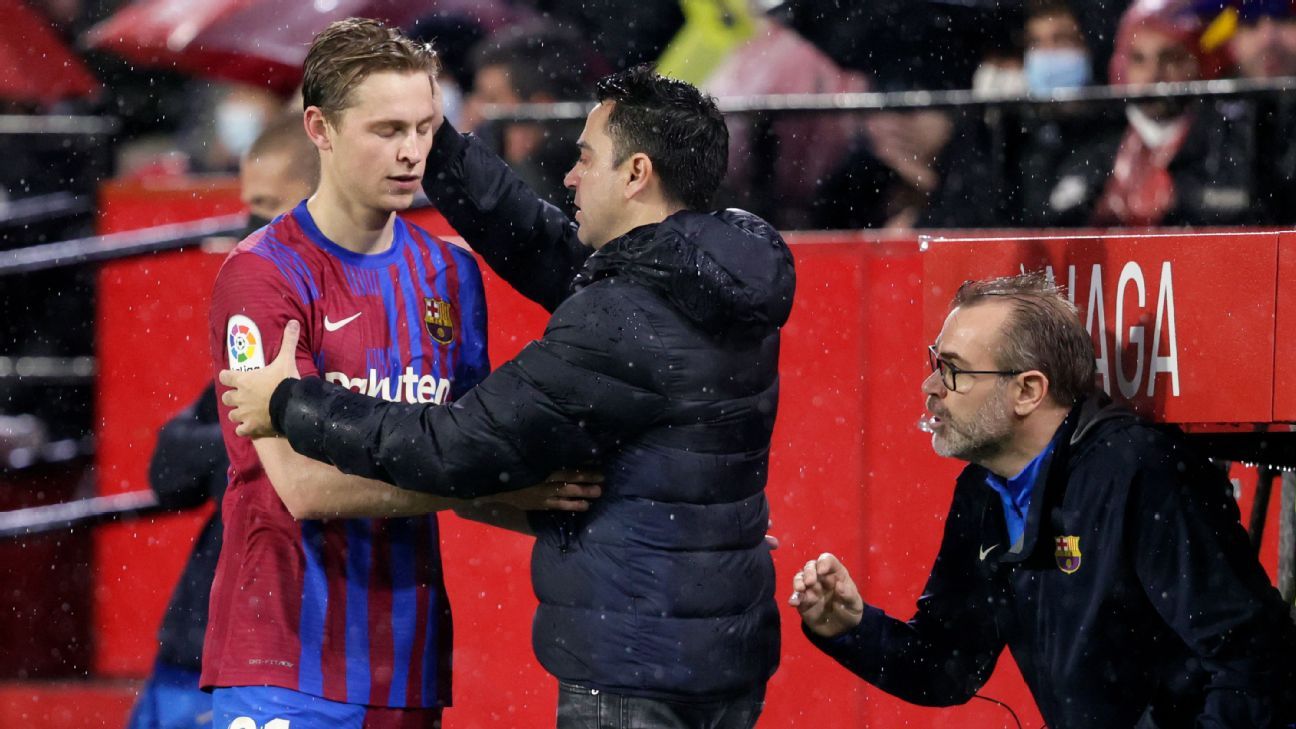 In a Barcelona decadent they are counted on the fingers of one hand —and there are plenty of them— the footballers who moderately maintain a acceptable level and his presence in the field is indisputable.

One of them no is Frenkie de Jong. Although it has the condition of ‘untouchable‘because for Ronald Koeman it was little less than a deity, and Xavi has maintained this condition, the Dutchman is far from delivering what is still expected of him.

Compared to that Ajax version of a footballer versatile that stepped on both areas, that gestated the advances of the team and that at all times wanted the ball, today is a true ghost.

His presence on the court in recent months is a mere anecdote, since he does not act as a leader, he is not a complement to Sergio Busquets, and let’s not say that he is capable of contributing creativity or imbalance.

However, De Jong it is not touched. Xavi himself justified that the poor level of the midfielder is due to the fact that he has not had a break, since he always plays every game, but paradoxically he has kept it among those who start yes or yes.

His quality it cannot be called into question in any way; Of course, from what was shown at Ajax, everything pointed to the fact that, due to talent and conditions, he would fit perfectly in the Barça team, but three years later the reality indicates otherwise.

He has had good passages – not this season – of course, but De Jong has not understood or has not been able to assume the responsibility of being a footballer who scores differences, that together with Busquets move the strings of the team, be a man on the field that his teammates turn to see and feel the security that things are going to be fine. Nothing of that.

For that they signed him, to be a reference and not a comparsa or eternal apprentice by Sergio. The level that Frenkie reflects today is very sad and does not come a touch of attention, because he chooses to justify it, to pamper him, with everything and it is proven that this has not worked.

A few weeks ago a debate was generated on social networks when it was rumored that the club would be willing to listen offers by De Jong in the winter market, knowing that he keeps a very good poster and several ‘fat fish‘They would be interested in signing him; however, it is known that Barça has no intention of negotiating it.

Say that for less, for much less, because they are already three years Since their signing in January 2019, several players have left the team with more pain What a glory, and some of them homegrown players who didn’t even receive half opportunities who has had the Dutch.

Today that the Gavi, Nico and company make their way with good performances, and that some others like Riqui Puig follow in the rhythm of waiting so that finally bet For him, it is clear that if De Jong does not give a coup of authority, shows greater character, commitment and above all assumes the role entrusted to him, the idea of negotiate it in the middle of the worst economic crisis in history for the club.

It is true that it maintains the label of ‘untouchable‘, but these days every time you see him play with the Barça shirt he is simply one more, a footballer of the heap.

Opinion: Frenkie de Jong, the ‘untouchable’ who became a bunch