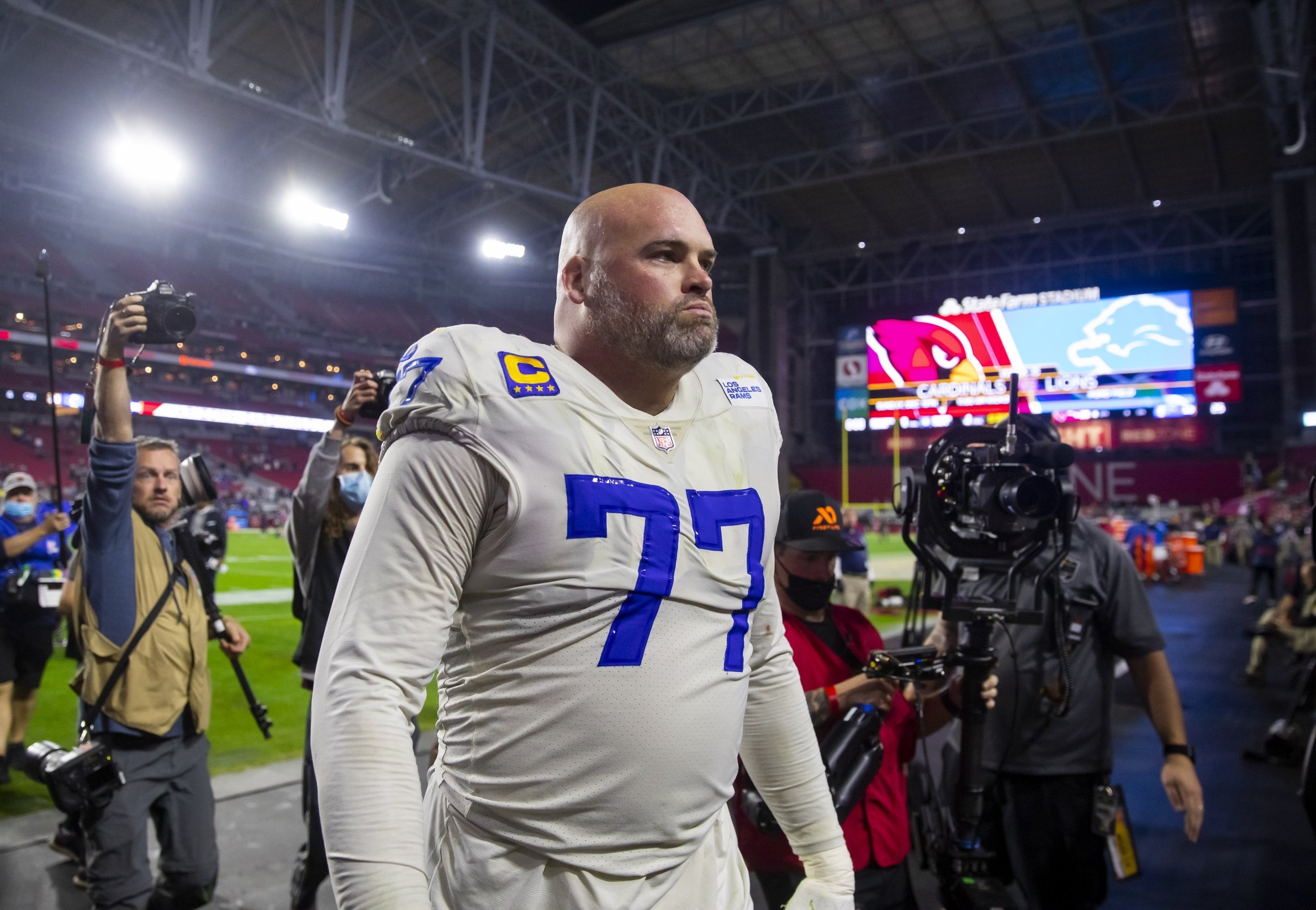 The 2022 NFL Honors The ceremony has announced its winners, with Los Angeles Rams offensive tackle Andrew Whitworth taking home the Walter Payton Man of the Year award. One of the highest honors bestowed on an active NFL player, Whitworth will now wear a WPMOY patch for the remainder of his playing career.

Whitworth has blocked the blind side of his quarterbacks for 16 seasons at an elite level. For all his greatness on the field, he has had an even greater impact off the field. While Whitworth will once again step onto the field on the biggest stage of Super Bowl 56, the big man with an even bigger heart can celebrate winning the Walter Payton Man of the Year award.

NFL.com describes the award as“Usually the last award of the night, the Walter Payton NFL Man of the Year is presented to a player in recognition of his ‘outstanding community service activities off the field, as well as excellence on it.’”

Whitworth’s work off the pitch

Whitworth launched the “Big Whit Homes for LA Families” program early in the 2021 season. In addition, he has pledged to donate $20,000 after every Los Angeles home game this year. Along with the new program, Whitworth made donations to repair houses in Louisiana (her home state) and moved homeless Los Angeles citizens into affordable housing.

In addition, Whitworth works with non-profits in Los Angeles to help those struggling to pay rent, buy groceries, and pay down/furnishings on new homes. Additionally, Whitworth partnered with Rebuilding Together to help those in need after Hurricane Ida hit Louisiana last August.

As part of winning the WPMOTY, Whitworth will receive a $250,000 donation to the charity of her choice. In addition, the 32 award nominees receive a $40,000 donation in their name to their favorite charities.

The 40-year-old offensive tackle can play his last game on Sunday. And if the Rams win the Super Bowl, Whitworth will be one of only four players to win both the award and the Super Bowl in the same season. The other three? QB Johnny Unitas (Baltimore Colts, 1970), DL Joe Greene (Pittsburgh Steelers, 1979) and QB Joe Theismann (Washington, 1982).