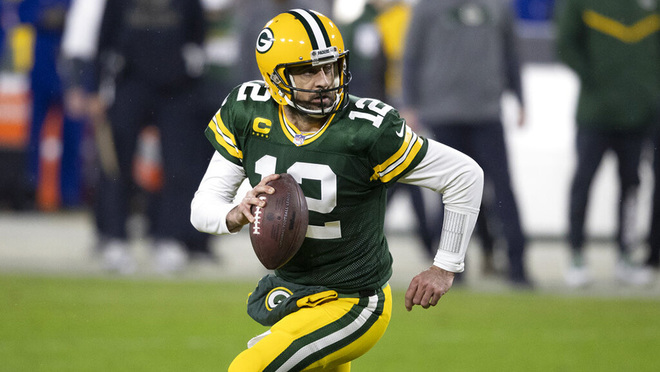 MEXICO CITY.- For the first time in 28 years, the National Football League played 15 weeks with just one team having secured a postseason berth.

The NFC North champion, the GREEN BAY PACKERS, are the only team to have tied up a postseason berth with three weeks to go, marking the first time since 1993 that the NFL has entered Week 16 with just one team with the guaranteed postseason.

There are only three weeks left on the brand-new 17-game schedule, and 27 of 32 teams still have a mathematical chance of reaching Super Bowl LVI. Those 27 teams with chances are equal to the league mark with three weeks to go.

This season also marks the first time in 19 years (since 2002) that the AFC have reached Week 16 without a team that has secured a postseason berth. The 2002 and 2021 seasons are the only seasons in AFC history in which 13 teams hit .500 or better over 15 weeks.

And while the bid to qualify is more exciting than ever, so was the competitiveness on the field. Last week, the KANSAS CITY CHIEFS defeated the LOS ANGELES CHARGERS 34-28 with a 34-yard touchdown pass from PATRICK MAHOMES to TRAVIS KELCE in overtime.

Kelce’s score was the 30th to define a last-play fight in an NFL game in 2021. Those 30 games decided by a last-play score are tied with the 2012 season for the most in a season in history. .

CANDIDATES FOR MOST VALUABLE PLAYER, AT CHRISTMAS. Two strong candidates to be named Most Valuable Player (MVP) 2021 by the Associated Press will be in action this Christmas, as the league will have two Saturday games on the Week 16 schedule.

First, the CLEVELAND BROWNS (7-7) travel to collide with the GREEN BAY PACKERS (11-3) at Lambeau Field.

Green Bay quarterback AARON RODGERS threw 268 yards and three touchdowns, with no interceptions, for a rate of 132.2 in the Packers’ Week 15 win. Rodgers now has 30 touchdown passes this season and is the fifth quarterback. in history with at least eight seasons of 30 or more touchdown passes, joining DREW BREES (10 seasons), TOM BRADY (nine), and Hall of Famers BRETT FAVRE (nine) and PEYTON MANNING (nine).

Rodgers leads the NFL with a 110.4 passer rating this season. He is looking to become the first player to win the MVP award by the Associated Press consecutively since Hall of Famer PEYTON MANNING in 2008-09.

Packers head coach MATT LAFLEUR led the Packers to three consecutive division titles. He is the third coach since 1970 to win at least 11 games in each of his first three seasons as NFL head coach, joining JIM HARBAUGH (San Francisco, 2011-13) and CHUCK PAGANO (Indianapolis, 2012-14). .

Meanwhile, Browns running back NICK CHUBB (1,017) surpassed 1,000 yards rushing for the third straight season. With eight touchdowns (seven carrying, one receiving) this season, Chubb was joined by Hall of Famer JIM BROWN as the only players in franchise history with eight or more touchdowns in each of his first four seasons.

In last week’s win, Colts running back JONATHAN TAYLOR had 29 carries for 170 yards, including a 67-yard touchdown run to save the game with 2:01 left in the fourth period.

Taylor, who leads the NFL with 1,518 rushing yards and 17 touchdown carries, became the fifth player in NFL history with any touchdown carry in 11 consecutive games within a season and the first since the Hall of Famer. LADAINIAN TOMLINSON fame in 2004. Tomlinson and Hall of Famer JOHN RIGGINS (1983) share the league mark with 12 straight games with a touchdown run, a mark Taylor can match on Saturday.

Taylor is looking to become the first running back to win the Associated Press MVP award since Minnesota’s ADRIAN PETERSON did in 2012.

The Colts lead the NFL with a plus 14 in turnover range. His 31 cuts this season are tied with the Cowboys for the most in the league. Indianapolis is the only team with at least one ball cut in every game this season.