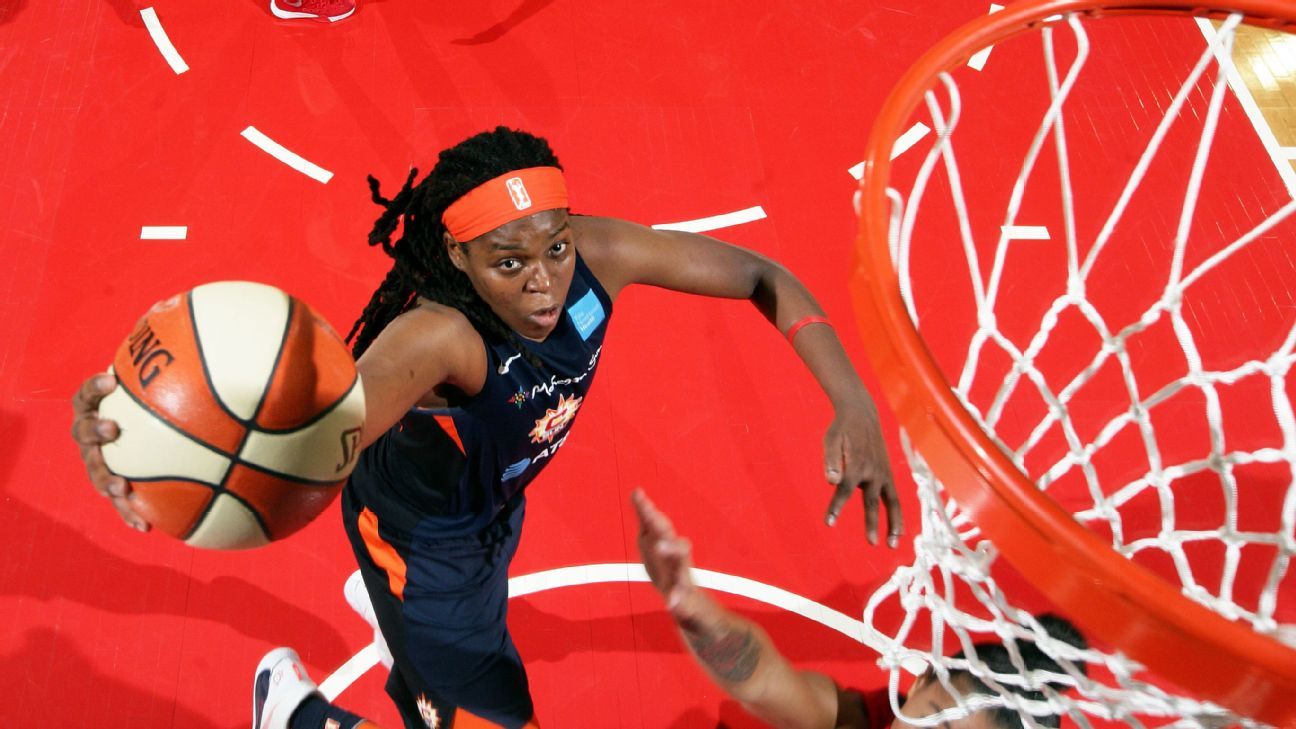 Connecticut Sun forward Jonquel Jones, the 2021 WNBA MVP, has signed a nuclear qualifying offer to return to the Sun, the team announced Tuesday. the 1st. February is the first official day free agents can sign deals.

Jones was extended the offer on January 10. The core player designation, similar to the franchise tag, gives a team exclusive rights to negotiate with a player. The team did not disclose contract details, but according to Her Hoop Stats, Jones’ deal is for two years and $205,000 in 2022 and $211,150 in 2023.

The Sun had a league-best record last season at 26-6 and were the top seed in the playoffs. They were upset in the semifinals by eventual champion Chicago. Jones had 18 double doubles; and he averaged 19.4 points, 11.2 rebounds, 2.8 assists, 1.3 steals and 1.3 blocks while earning the MVP honor.

“This organization has believed in me from day one, and I certainly feel like we have unfinished business,” Jones said of the quest to win the franchise’s first WNBA title. “The fans want it, the managers want it and the players want it. So now we have to go out there and do it and bring a [campeonato] back to the Mohegan Sun.”

Jones, 28, was the sixth draft pick out of George Washington in 2016 by the Los Angeles Sparks, who traded her to Connecticut for shooting guard Chelsea Gray. The trade worked out for both teams as Gray helped Los Angeles win the WNBA title in 2016, and the 6-foot-6 Jones has become the Sun’s centerpiece, guiding them to the WNBA Finals in 2019.

“She is one of the most versatile and talented players in the world,” Connecticut coach and general manager Curt Miller said. “She has a strong desire to improve, and we look forward to building on the momentum of her MVP season.”

WNBA: MVP Jones signs offer to return to the Sun