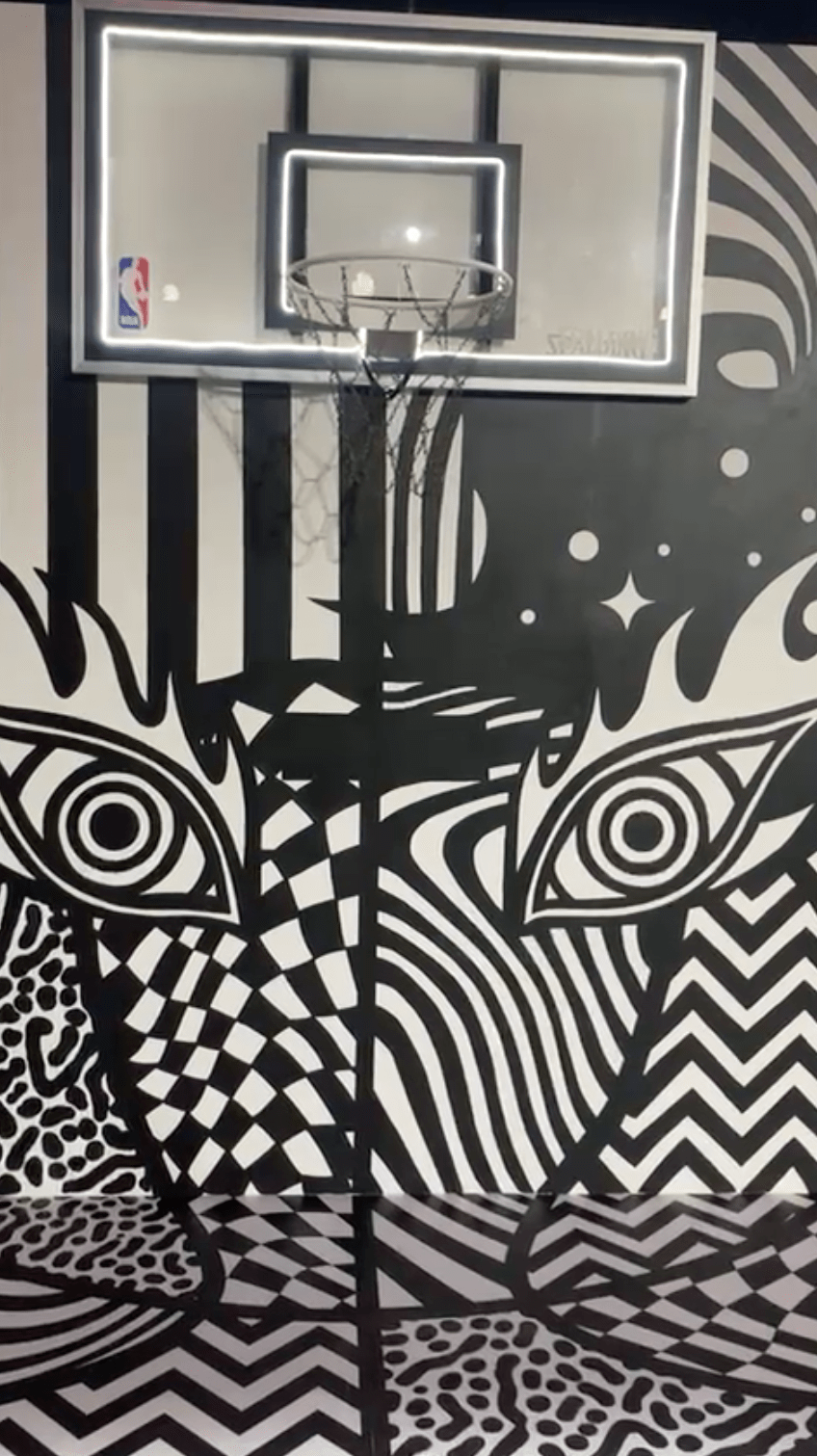 The 75th season of the NBA is about to end and it has a Mexican presence, thanks to Juan Toscano, who has made a historic campaign not only for being in the finals with the Golden State Warriors, but also because he raised the name of our country in the All-Stars Slam Dunk Contest.

And before the end of the season, Mexico closes the celebrations of the 75th anniversary of the NBA with a series of activities that go beyond sports, including the exhibition NBA Beyond the Lines, which has been a resounding success, as tickets were sold out before its opening in Mexico City, at Lucerna 32, Colonia Juárez. .

So we jumped in to take a look and in case you couldn’t jump in, here we tell you a little about this combination between art and sport.

What is there in NBA Beyond the Lines?

Each step is worth it, because you find sculptures, paintings, photographs, illustrations and even videos. And the techniques of each artist are also to be valued, as in the case of ‘Zpadaz’, who works wooden tennis!

Rodrigo Roji is the one who perhaps contributes the largest sculpture, with a work of 2.14 meters highwhich will make you feel right next to an NBA player.

Obviously, pieces referring to the two greatest legends of recent decades could not be missing, Kobe Bryant, who is depicted wearing a jersey made of wood, as well as Michael Jordan, who makes an appearance with an illustration.

Rodrigo Noriega contributes a series of balls made of metal, which you can take, although for this you must do a little strength and resistance, because they are quite heavy.

NBA Beyond the Lines is an expo with inclusion

The pieces featured in NBA Beyond the Lines call for inclusion from the get-go, so the exhibition brings together artists from diverse communities and who also speak to diverse audiences, regardless of whether or not they are NBA fans.

“We try to be inclusive in all aspects: gender, age and background. We have new and established artists, artists who are part of the LGBT community. It’s about everyone being able to come and that’s the beauty of crossing the borders between art and sport. If you like art, you come to see art. If you like to watch sports, come watch sports. You don’t like it, but you like the experiences to take a photo for Instagram? Here are 30 options for a photo opotunity”commented Ahmed Bautista, who served as curator of artists.

Who are the artists?

Each work has a plate that makes it easy to identify the artist and then meet him physically, because at the entrance and exit you find the image of each one of them: Mónica Loya, Hola Lou, Urias, Yurex Omaskin, Mike Sandoval, Galo, Zpadaz, Rodrigo Noriega, Jorge Orozco, Max Vera, Bate, Tone Olvera and Kevin Couliau.