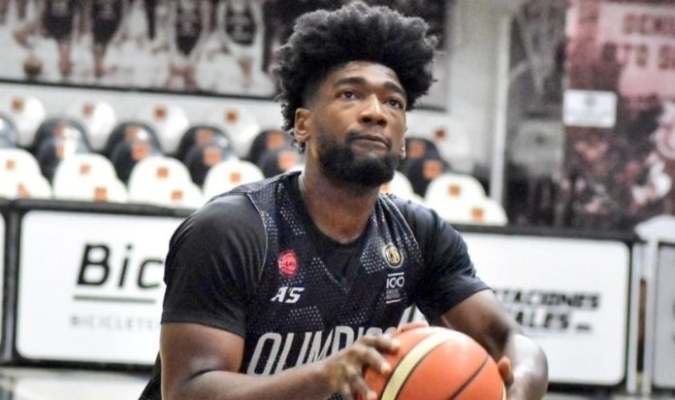 The men’s basketball team has just achieved two very important wins within its World Cup aspirations, the Creole team amazed many by demonstrating a great game plan and great execution, the latter due to its squad. So much so that three of the members of the national team: Yohanner Sifontes, Pedro Chourio and Garly Sojo signed with Argentine clubs.

Two (Chourio and Sojo) of the three players reached the first division of Argentine basketball, while Sifontes will reach the second division. Each one of the teams where they arrive have a very different reality and with very marked objectives.

After several rumors about where Garly Sojo could emigrate, after his recent performance in the G-League with Capitanes de Ciudad de México, finally the Creole forward Garly Sojo signed with Quimsa de Santiago del Estero, a team from the Argentine National Basketball League (LNB).

The 22-year-old Sojo averaged 4.9 points and 2.6 rebounds in his G-League appearance. However, this was not the last time that Sojo saw action, since before traveling to Argentina with the national team, the forward was seeing action with Broncos de Caracas in the Premier Tournament, where he stood out with his quality .

Also read: Fernando Duró: It was a perfect window

The boy from Caricuao is expected to debut with Quimsa on March 3 in a duel with his new team against La Unión de Formosa. Sojo came to the team positioned in the first position of southern basketball with the aim of strengthening both the defense and the attack of a squad that aspires to the title and currently has a record of 18-5.

The Zuliano is the expert in triples of the national team and that is one of the purposes for which the Olympic club La Banda of the LNB signed him. Chourio’s signing took place this Monday and immediately after the “Rock” put on the team shirt and attended his first training session prior to the duel that will be played next Friday against Unión La Formosa.

The Zuliano arrives at this new club after his rapid passage through Dorados Capital of the Chihuahua State League (LEB) in Mexico, where he only played three games. He now returns to Argentina where he played in the 2018-2019 and 2019-2020 seasons with the Estudiantes de Concordia team.

Also read: This is the support that Venezuela had in the FIBA ​​window against Argentina (+ Video)

At Olímpico, Chourio will join his countryman, Windi Graterol, who will continue with the team contributing in the painted zone, while the team’s starting center, Damián Tintorelli, recovers from an injury.

Venezuelan guard Yohanner Sifontes reached an agreement with the Ameghino club from Villa María, Córdoba, which plays in the Argentine League, second division of that country.

The versatile Creole player, who can play both in position 1 and 2, arrives to bring speed and experience to the Cordovan cast that is in sixth position in the competition (9-9), with a view to promoting to first.