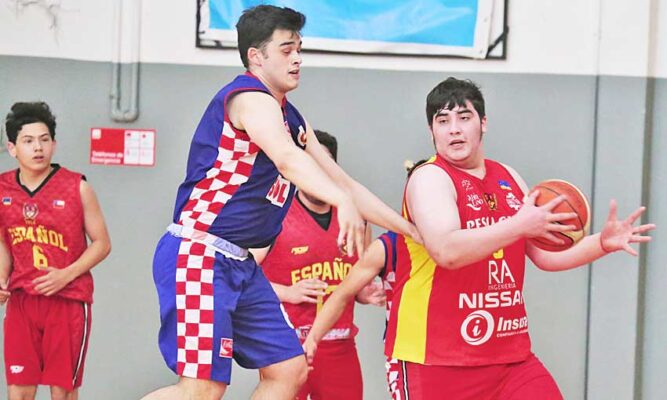 Club Ayax will celebrate its anniversary starting this weekend with three men’s basketball home runs that will serve as preparation for the 2022 season. Two are from minor series and the rest are for adults.

A series of three traditional men’s basketball mini-tournaments is being organized by the Ayax sports club to give special prominence to its anniversary and, incidentally, serve as preparation for the official competitions of the 2022 season.

Felipe González, a member of the organizing committee, reported yesterday that the first two events were scheduled for this weekend and correspond to minor series.

The home runs will take place in the gymnasium of the Liceo Luis Alberto Barrera and the ticket will cost one thousand pesos.

The third mini-tournament is aimed at adult teams and will be played in the same venue on the weekend of March 26 and 27.

It is worth mentioning that the Ajax club (thus, with “y”), was formally established on February 12, 2021, but has been participating in summer tournaments and labor competitions for several years, even representing the region in some tournaments held. in Argentine Patagonia.

Likewise, last year, as soon as a window was opened for sports activity in times of the pandemic, he organized a 3×3 basketball tournament called the Open Masters at the “Vanessa Mihovilovic Bonardi” gym, bringing together a significant number of male and female teams.