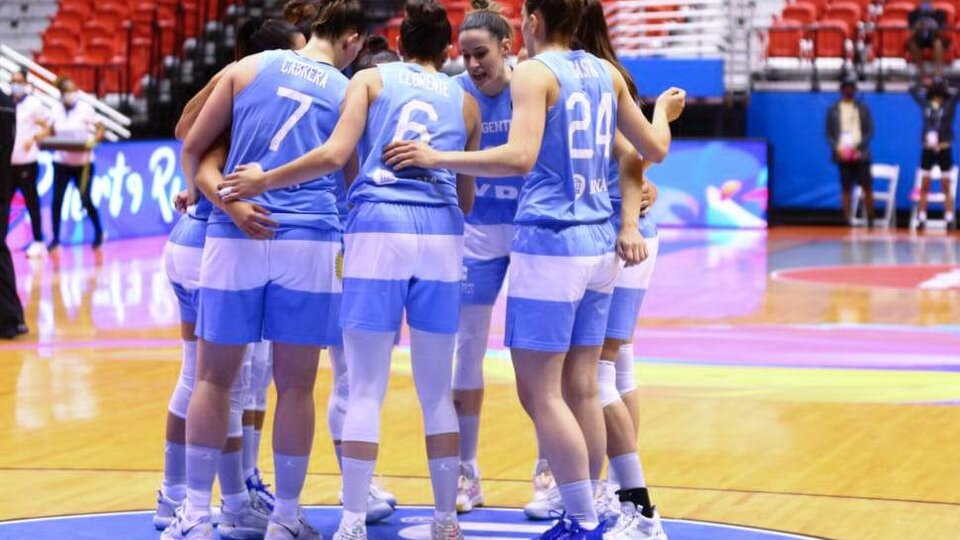 The women’s basketball team registered two new cases of coronavirus in its delegation, so It does not have enough players to participate in the AmeriCup and will no longer compete in the event.

“The results of the latest tests yielded two more positive cases (Diana Cabrera and the kinesiologist Mario Piñero) and in this way Argentina has only five players available (Julieta Mungo is close contact) “, announced this Tuesday the Argentine Basketball Confederation (CAB).

In that sense, he explained that “As the minimum to appear is seven”, the selected one “will lose without playing the two remaining matches” of the tournament.

“Considering that the additional tests that were carried out yesterday showed that more members of the delegation were positive, and with the health and safety of players, coaches and officials as a priority, the decision was made not to play the matches Argentina vs Venezuela and the United States, “announced the International Basketball Federation (FIBA).

And I add: “Argentina will lose these two games by confiscation and according to the official basketball rules, if in a tournament the team loses for the second time, it will be disqualified from the tournament and the results of all the matches played by this team will be annulled. “

Meanwhile, the CAB medical department reported that “all the cases are in good health, with mild symptoms” and that “the Argentine delegation will begin to return to the country as of tomorrow, with negative cases.”

For its part, the coach, Gregorio Martínez, he regretted on Monday what happened in the last days in the “Las Gigantes” campus. “We are very sad and helpless for all the effort we made for almost 40 days and the illusion we had when we arrived in Puerto Rico to compete as equals, “said Martínez.

In addition, the DT expressed his bewilderment over the coronavirus outbreak: “We keep looking for the return to the subject and we do not know what happened, we really took all possible precautions. With the medical department and the technical room we have already made the road, mentally, about 15 times and it is difficult to find something or someone infected who has been with us “.

The Argentine delegation will return to the country on Tuesday with the members of the squad who tested negative. Argentina had debuted in the contest with a victory 64-46 over Dominican Republic and then fell to host Puerto Rico 56-79.