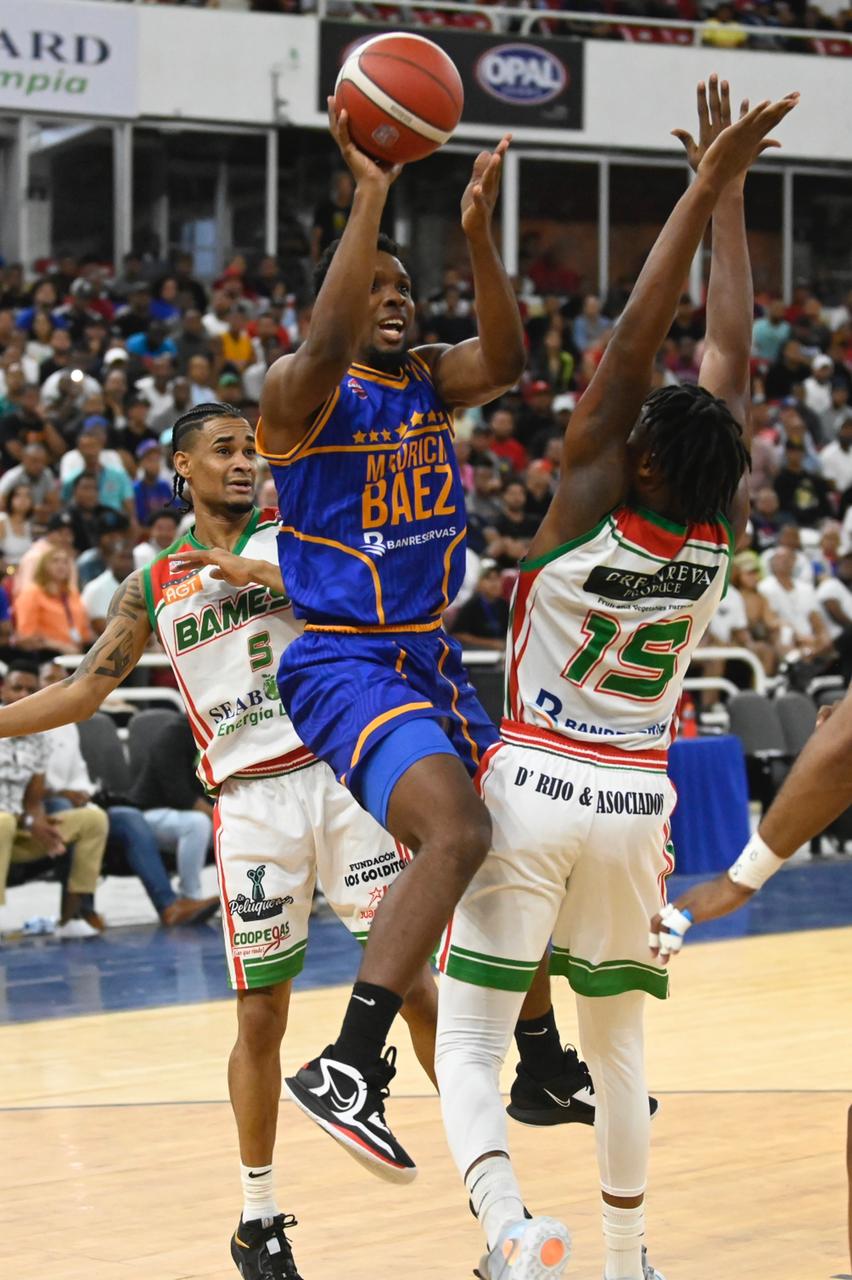 Gerardo Suero, from Mauricio Báez, in an offensive attack between the players from Bameso, V ictor Liz and Miguel Simon. xEternal Source

SANTO DOMINGO, DR.- The Suero brothers returned to their own rights and took charge of the Mauricio Báez club’s offense to beat Bameso this Friday 86-71, in the third game of the final series of the 46th Superior Basketball Tournament of the National District.

Gerardo and Juan Miguel scored 20 points each to be the main Mauritian scorers in the second victory of this finalist round that gave them a 2-1 advantage, which is agreed to 7-4 and has the Palacio de los Deportes Prof. Virgilio Naughty Soto. 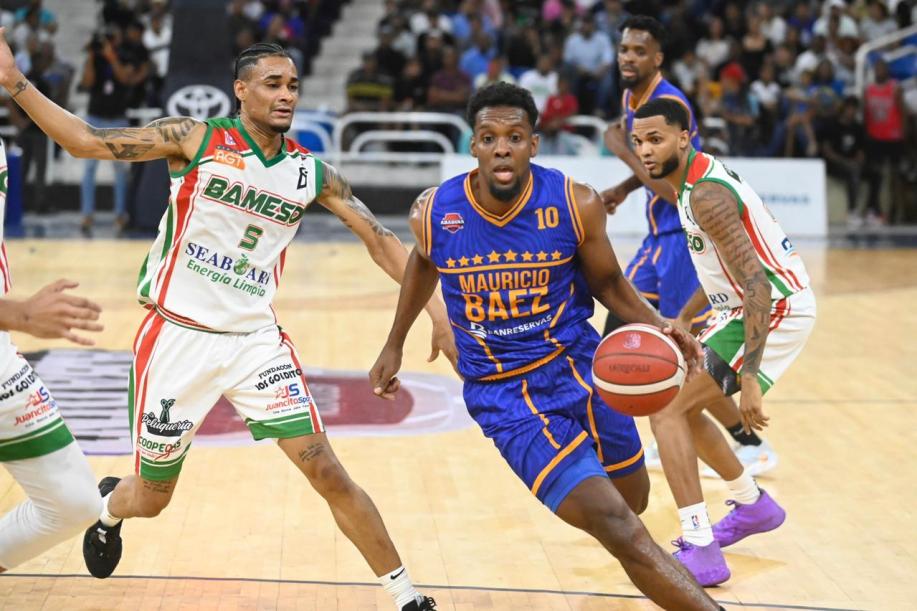 The match of the final series will be next Sunday, at 5:00 in the afternoon, in the 2022 championship that is dedicated to César Cedeño and as an option to the BanReservas Cup.

Mauricio displayed a waste of positive energy to take control of the match from the first half, which they dominated by eight points, 44-36, despite the fact that Bameso put up resistance in the first period that ended in a tie, 20-20.

The Suero was joined by Brandone Francis, who was very effective from the three-point arc, where he shot 4-6 and closed his offense with 14 points, followed by Brayan Martínez with 12 in 18:30 minutes of action on the court plus four rebounds, and reinforcement from San Cristobal Jonathan Araújo had 10 units and eight balls captured.

For Bameso, Víctor Liz from Santiago scored 20 points with seven assists, Miguel Dicent 13 and newcomer Robert Glenn scored nine points, replacing the injured Trahson Burrel, who has a sprained left ankle and is in a day-to-day situation .