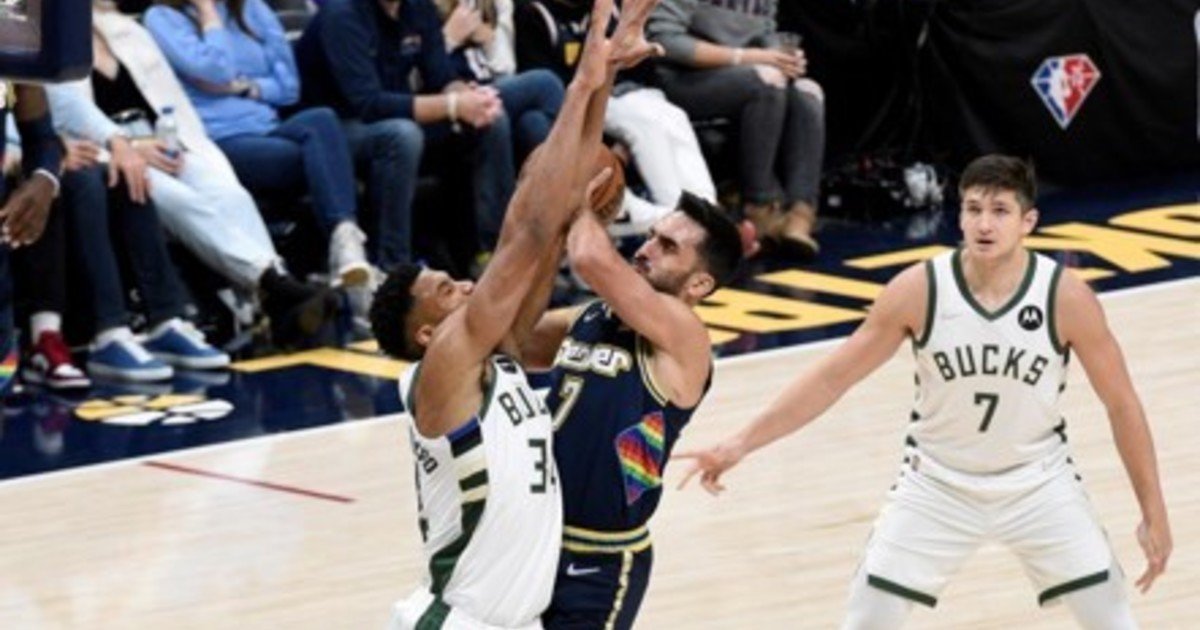 When confidence returns to your body and conditions are left over, resilience seems to be just around the corner. In a season that, individually, seems to go from less to greater, Facundo Campazzo again showed why he earned his little place in the NBA, despite being in a good team like the Denver nuggets that comes in a negative streak: half a dozen falls in a row (negative mark that was given since January 2016).

Giannis Antetokounmpo He scored 24 points and grabbed 13 rebounds, Pat Connaughton had 20 points off the bench and The Milwaukee Bucks -the last NBA champions- defeated some Nuggets depleted by casualties this Friday 120-109 to chain their sixth triumph.

Antetokounmpo made 10 of his 13 baskets in 30 minutes and the Bucks were never behind in their third straight double-digit win. Yes indeed, the Greek never believed in his life that little Facu would surprise him.

The Cordovan, sixth man and upright chest, never hesitated to face him, to the point that -in one of the most viralized plays of the night- He got him to serve in one with a nice double and foul.

The former Peñarol finished his bittersweet night with 28’11 ”of play, 16 points (2-3 in doubles, 3-8 in triples, 3-3 in free), a defensive rebound, two assists, a recovered ball, a block (to Portis Jr), three lost balls and five infractions.

This was Facu’s first game against Milwaukee in his career, a game in which he equaled his highest score of the season (against Chicago Bulls).

The expected duel did not occur

The expected duel between the league’s MVP did not happen: Nikola Jokic, who became Denver’s first player to be named MVP last season, missed his fourth game followed by a sprained right wrist.. Michael Porter Jr. has not played since Nov. 6 with lower back discomfort and PJ Dozier suffered a sprained anterior cruciate ligament in his left knee Tuesday in Portland.

Too many casualties for a Denver that, today, is outside the Playoffs zone. On the other hand, Aaron Gordon was the best of the Nuggets with 19 points and nine boards while Will Barton contributed 17 points.

And the other Argentines?

Leandro bolmaro he played 3’55 ”in the 133-115 loss of his Minnesota Timberwolves to Charlote. The other NBA from Cordoba, Las Varillas, added two points (1-2 in doubles, 0-1 in triples), two offensive rebounds, two assists and two fouls. For its part, Gabriel Deck it did not enter in the 101-99 fall of its Oklahoma City Thunder before Washington Wizards.

What happened and what is coming