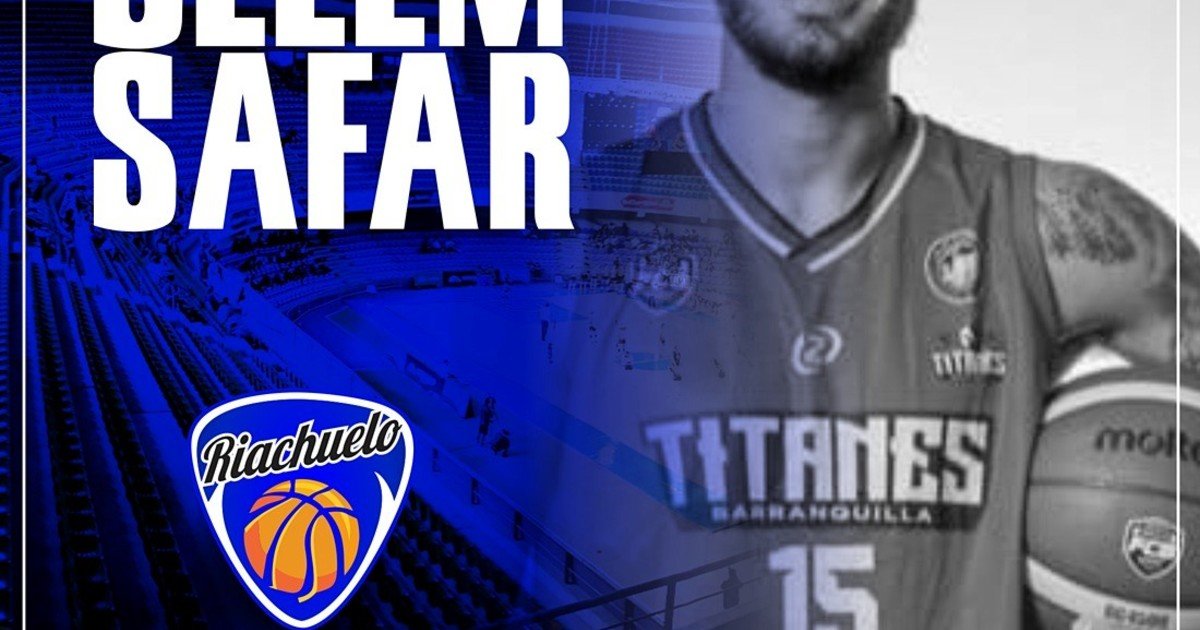 The toast is coming with wishes that the incorporations in the League that continues since Wednesday do not fail. Who are they? Here we review them.

Athens: Eduardo Gamboa will leave the team for tactical reasons and for restructuring in the squad, something that his new coach confirmed, Claudio Arrigoni. The departure of the escort who averaged 8.2 points, 2.5 rebounds and 2.6 assists in 25 minutes adds to the series of Greek modifications: Sebastian Saborido as DT (his successor was precisely Arrigoni) and Diego Gerbaudo. The club also announced its two new foreigners: the Puerto Rican guard-guard Georgie Pacheco Ortiz (23 years old, 1.85 meters) and the American pivot Deion McClenton (25 years old, 2.08 meters).

Communications: Since the departure of Ariel rearte and the arrival of Hernán Laginestra like DT, the team began to re-mold itself thinking of improving its present time and aiming higher. In the last hours, The cut of Lucas Gargallo and the departure of Santi Barrales due to injury were announced (acromioclavicular dislocation). In their places, the team moved fast adding to Federico Mariani and Santiago Bruera. The 29-year-old guard comes from playing the Colombian League with the Caribeean Storm Island, in which he averaged 12.2 points, 3.8 rebounds and 3.6 assists. The pivot comes from playing in Olímpico, remembering that he was previously linked to the Córdoba Institute. The 23-year-old, 2.06-meter inmate registered 4.0 points and 3.3 rebounds in the 9 games he played with Bandeño.

Institute: Just entered the recess, Gloria reached out to her squad and decided to dispense with the services of Cristian Amicucci, who had previously been separated from the team due to a road accident that he had starred in with Frederick Elijah. The experienced intern averaged 6.6 points and 3.8 rebounds in 15.5 minutes, being important from the bank in the conquest of the Super 20 in November. While, Gaston Whelan has already completed the isolation period after testing positive for Covid-19.

Olympic: The novelty is that it will have Damien Tintorelli as new reinforcement. Experience and quality for Negro bandeño, who needed to load the painted area much more to balance his squad. Tinto comes from playing in Uruguay with Biguá, the Champions League team. The Juninense will complete his third cycle at the Santiago club, since It was also for 2017/18 and 19/20, leaving a pleasant memory. It will be key in the structure of Leo Gutierrez, who needs to recover the points and rebounds that he somehow lost with the departure of Mike buchanan. Furthermore, se confirmed the rumor that was hanging around La Banda: the arrival of Leonardo Lema, who comes from playing in the Uruguayan League with Defender Sporting, and the first window of the Champions League with National Club, also from the charrúa country.

Platense: The only thing officially confirmed by the Squid was the departure of his foreigner Jeremiah jefferson, which arrived at the end of November and did not perform according to expectations. In 6 games with Tense, the point guard / guard threw figures of 5.3 points in 12.5 minutes. The Squid is awaiting the arrival of the power forward Jordan williams (2.08) and the Dominican escort Adris de leon (1.80) after a first part of the season that did not meet expectations, except at the start of the Super 20.

Creek: The first thing he did was announce the departure of Fabricio Salas as a coach, confirming in these last hours that Daniel Farabello, who until then held the position of assistant, will remain as a replacement. As for players, he filled the vacancy left by Weyinmi Rose with the arrival of Selem safar, marksman escort 34 years who comes from being champion in the last two seasons of the Colombian League. Another that will not follow is Tony Farmer, and its replacement will be Ignacio Alessio. The pivot comes from playing in Defender Sporting from Uruguay and it will be a crucial adhesion for the team, reinforcing the painted area and being vital on both sides of the pitch, both defensively and in the Eternal’s attack.

The 34-year-old Santa Fe native serves in the Pivot position.
He comes in replacement of the foreigner Tony Farmer who will not continue in the eternal institution.

Hispanic American: Looking to get out of the bottom (he is 18 ° with a mark of 3-8), the southernmost team in the country announced the arrival of Junior Cequeira, former Comu, experienced point guard with a long career in the League who will replace Martin Gomez.

So far the movements in the National League who leads Quimsa, equipment that did not move, such as: Argentine, Boca, Ferro, Gymnastics, La Unión, Oberá, Obras, Peñarol, Regattas, San Lorenzo, San Martín and Unión.