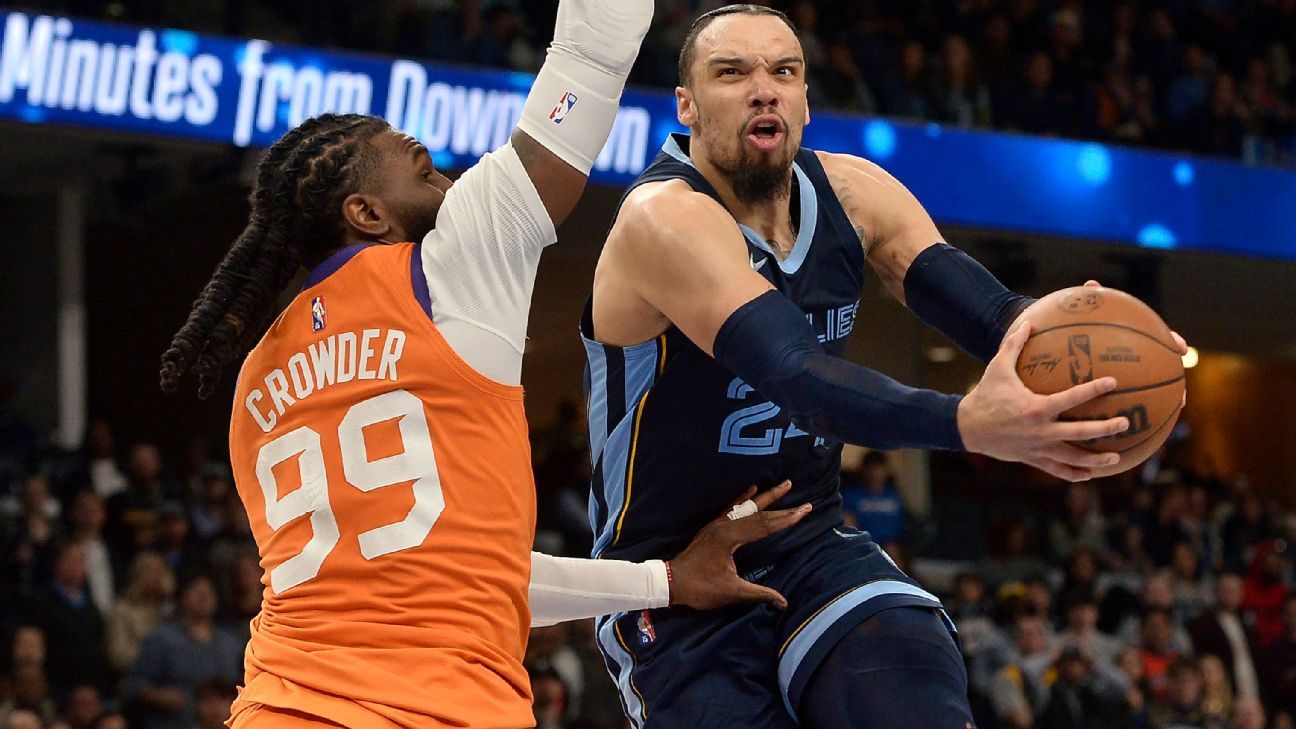 LOS ANGELES — The Los Angeles Lakers have played with fire all season and are about to burn. The purple and gold fell to the New Orleans Pelicans and move away from the play-in while the Memphis Grizzlies, without any of their figures, defeated the Phoenix Suns in clear notice for the playoffs.

The Grizzlies defeated the leader of the NBA West in a great way, with 30 points from Dillon Brooks and they already have 7 games without defeat.

Not even with the returns of LeBron James (31 points and 8 rebounds) and Anthony Davis (23 points, 12 rebounds and 6 assists) did the Los Angeles Lakers beat the New Orleans Pelicans, direct rivals for the play-in and who left mortally wounded to angelenos.

CJ McCollum (32 points and 7 rebounds), Brandon Ingram (29 points, 8 rebounds and 7 assists) and Jonas Valanciunas (17 points, 12 rebounds and 6 assists) were the best of a very solid Pelicans and that they survived a 3-pointer at LeBron’s buzzer.

The Spanish Willy Hernangómez did not have minutes with the Pelicans.

It was 135-103 with a strong performance by Caldwell-Pope (35 points) and Porzingis (24 points) to end Dallas’ three-game winning streak. For the rival they did not reach Doncic’s 36.

Without Ja Morant, Desmond Bane, Steven Adams, Jaren Jackson Jr. and Tyus Jones. This is how the Memphis Grizzlies gave the bell this Friday, which they prevailed over the powerful Phoenix Suns in a great duel between the two teams with the best balance in the NBA.

Dillon Brooks (30 points and 7 assists) was one of the seven Grizzlies players with more than 10 points, while Devin Booker (41 points and 11 assists) was left too alone for the Suns.

The Spanish Santi Aldama stood out in the Grizzlies with 12 points, 5 rebounds, an assist, a steal and a block in 21 minutes.

Robert Covington was the great protagonist of the night as he converted the maximum amount of points in his career (43) and the cast of Los Angeles also achieved the highest score in a game by winning 153 to 119.

Another surprise of the day was the Washington Wizards’ landslide victory over the Dallas Mavericks in the reunion of Kristaps Porzingis (24 points and 9 rebounds) with his previous team.

The Spurs won 130-111 in Texas and climbed to 10th place in the Western Conference, while the Blazers ran out of postseason chances. Vassell (22 points) and Keldon Johnson (21 points), the local scorers.

Robert Covington had a tremendous performance for the Clippers (43 points with 11 three-pointers) while Jordan Nwora (28 points) was the best for the Bucks in a game with many casualties (Giannis Antetokounmpo, Jrue Holiday and Khris Middleton at home; Paul George, Reggie Jackson and Marcus Morris on the visitors).

The Spanish Serge Ibaka played 28 minutes against his former team and had 9 points, 10 rebounds and 3 assists for the Bucks.

The Minnesota cast won and maintains the chances of directly accessing the Playoffs. Karl Anthony Towns was the top scorer for the winner with 32. In Denver, Jokic added 38. Campazzo had no game time.

The San Antonio Spurs did not miss their moment to detach themselves from the Los Angeles Lakers and they overwhelmed some Portland Trail Blazers who no longer play anything this season.

Devin Vassell (22 points) was the top scorer for a brilliant Spurs in shooting (56.8% shooting) while the best for the Blazers was Keon Johnson (20 points).

The Celtics became strong at home, supported by 32 points from Jaylen Brown and cut the streak of 2 straight losses, while the Pacers added their sixth straight loss.

Nikola Jokic (38 points, 19 rebounds and 8 assists) won the Dominican-American Karl-Anthony Towns (32 points and 9 rebounds) in a fantastic internal duel, but the Minnesota Timberwolves took the victory against a Denver Nuggets who had won three games in a row.

Argentine Facundo Campazzo did not play for the Nuggets.

The Canadians emerged victorious from their visit to Florida, with a strong performance from Fred VanVleet and Scottie Barnes, with 19 points.

After two losses in a row, the Boston Celtics met again with the victory and with their very good feelings in 2022 by beating an Indiana Pacers already without aspirations.

Jaylen Brown (32 points and 7 assists) stood out for the Celtics and Tyrese Haliburton did the same for the Pacers.

The Dominican Al Horford played 34 minutes for the Celtics in which he shone with 17 points, 10 rebounds, 6 assists and a block.

The Sacramento franchise overcame a 19-point deficit and prevailed by a tight 122-117, with Barnes (25 points) and Damian Jones (17 points and 17 rebounds) as the standard bearers. The Rockets’ top scorer was Jalen Green with 33 points.

Five straight wins lead a Toronto Raptors released who took advantage of his visit to an Orlando Magic that is last in the East.

Fred VanVleet and Scottie Barnes, with 19 points apiece, led a six-player group in the Canadians over 10 points while Mo Bamba led a poor Magic with 15 points, 10 rebounds and 6 assists.

It was 110-101 with Hayes and Jackson leading the team with 26 points apiece. Maledon had 28 points for Oklahoma.

The Houston Rockets blew a 19-point lead in the first quarter and they ended up falling to a very choral Sacramento Kings (seven players over 10 points) and guided by Harrison Barnes (25 points).

Jalen Green (33 points and 8 rebounds) was the benchmark for the Rockets in which the Spaniard Usman Garuba started and got 14 rebounds, 3 assists and 2 blocks in 30 minutes on the court.

In another duel between teams that are already thinking only about the holidays, the Detroit Pistons defeated the Oklahoma City Thunder thanks to 26 points apiece from Frank Jackson and Killian Hayes.

Theo Maledon shone for the Thunder (28 points, 6 rebounds and 6 assists).