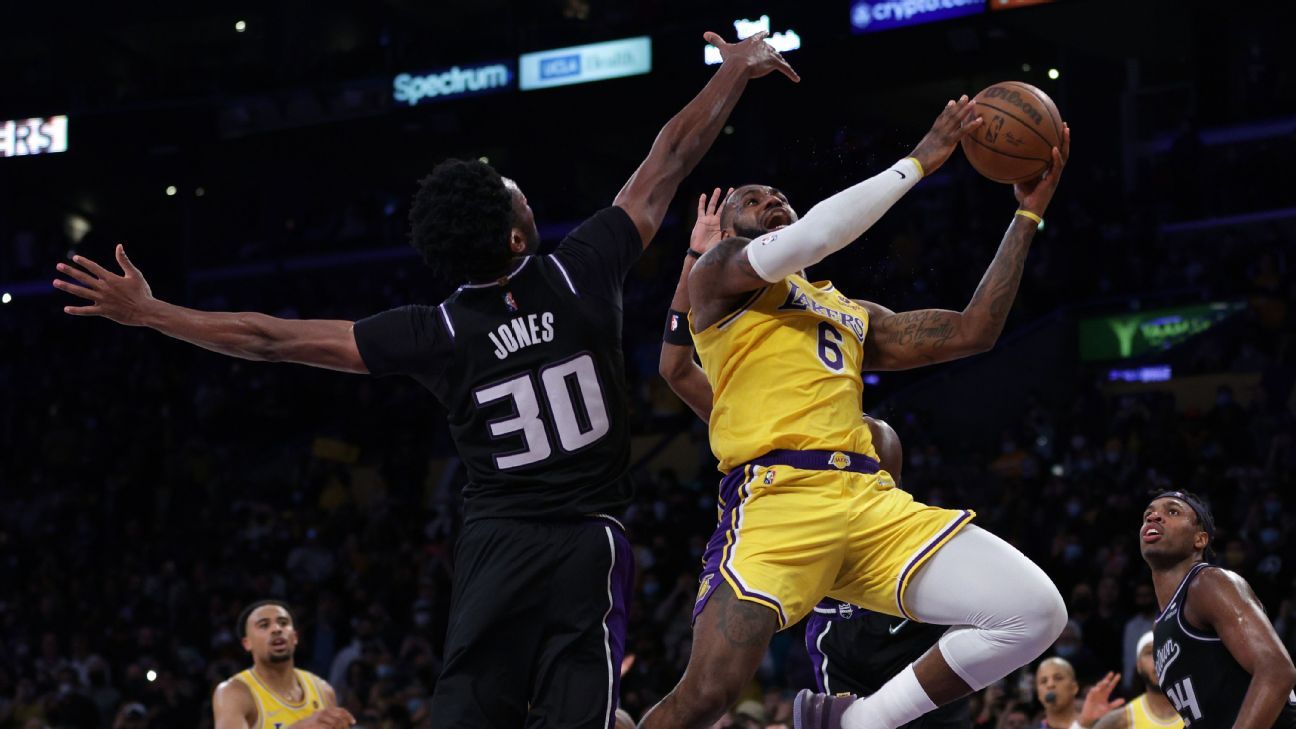 LOS ANGELES – 2022 seems to be smiling at the Los Angeles Lakers. After all the difficulties and ups and downs in the first part of the season, the Angelenos are finding ways to win. The Lakers beat the Sacramento Kings 122-114 on Tuesday night, marking their third straight victory.

With recent wins, the Lakers are back above .500 in winning percentage with a positive 20-19 record so far this season.

Lebron James he got off to a slower start on offense with 6 of 18 shots from the field at the start of the last quarter. But down the stretch of the game, LeBron fired up finding shots on the perimeter, chipping in 14 points in the fourth quarter to help clinch the win.

“I attribute it to the work that I have done to develop my game over the years. I missed chances early in the game and my teammates told me, ‘just bring him home.’ When you continue to receive the confidence of your teammates to lead them to victory, the confidence of the work you do, you live with the results regardless of what it is, ”said LeBron James, who had 31 points, 5 rebounds and 5 assists for the victory.

James started the game in center, as part of the small lineup that has worked for them in recent games, however they adjusted later in the game by incorporating height with Dwight howard. Dwight did not disappoint. He had a double-double night, 14 points and 14 rebounds, providing great energy for the victory.

“Dwight has been a productive player for us. I was rewarded with the fact that I lined him up today. It’s not easy when you’re not playing every game, having regular minutes, coming in today and playing the way Dwight did. I give him credit and appreciation for that, ”shared coach Frank Vogel.

The Lakers stick to the “be ready when called” mentality, making use of whatever is available in the face of no-shows. Lakers have the casualties of Anthony Davis due to injury to the left knee and Kendrick nunn due to an injury to the right knee, in addition to the departure of Rajon rondo to Cleveland Cavaliers.

Russell westbrook He continues in the search to find his best version as a Lakers player. A few days ago Russell mentioned that he wants to find stability so that his teammates always know what to expect of him. In Sunday’s win against the Minnesota Timberwolves, Westbrook had difficulty protecting the ball with nine losses, now against Kings, he had no delivery of the ball.

“Russell is totally committed to this team, not always everything is perfect, there are mistakes, but it shows in his desire to improve and give everything. He really cares. After a difficult performance last game with turnovers, he didn’t have any today, I’m proud, “said Vogel.

For his part, LeBron James attributed the success in the game against Kings, to the fact that he did not lose the ball through carelessness.

“We won the game because we did not deliver the ball, thanks to that we were able to turn on to have shots at the basket. Especially when the opponent has the quickest point guard who makes you pay with break points, we only held them to six points like that, thanks to protecting the ball, “said LeBron.

The next game for the Lakers will be Friday when they host the Atlanta Hawks, looking to extend the positive momentum.