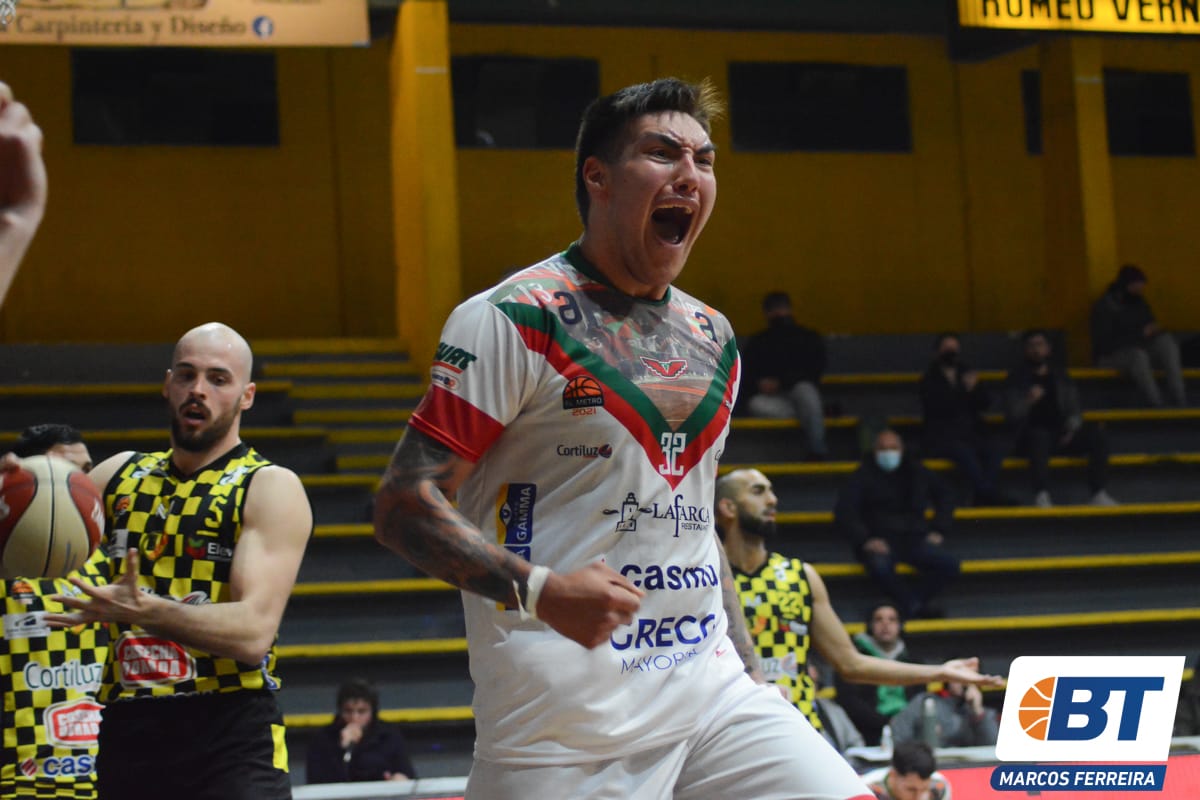 From the beginning, those from Cerro showed themselves with more energy. Thus, they took advantage of the transitions to take their rival by surprise. With Aguilera as the main standard-bearer placing the six goals of his team, which served to take four of income. On the other side, the aurinegro was not precise. The clearest was Glenn, who with his posts carried the offense on his shoulder. Averaging the initial, they were even. Without outside goals, everything happened in the painting, there where Ricardo was master and lord. Unusually, the first bomb of the night fell on the last possession of the grid. Verdi lay down in a 2-3 zone that was conducive to Pereira putting it from outside, being that the difference to close the boy.

Zubiaurre was infected and found the piolas from 6.75, making the start of the second with six air for La Unión. As the coaches rested some starters, the pace of play increased. Rosas was the most interesting thing on the Prussian bank. Mauro generated from the curtains of Borrallo, getting eight income. Álvarez’s best moment came against the Ortega area. Dotti and Aguilera were still the weapons to bail out. The Prussians profited from the losses of the homeowner. Sanducero Andrés and a couple of short downloads for Monteverde, mixed things up. Garcia’s run, opened eight away so they went to the long break.

The complement seemed a continuation of what was seen. Glenn shooting up to three times, thanks to his own rebound and physical difference. What changed were the successes of Amichetti and Corbisiero, to be at a triple. Precisely, the outside goal was missing for the Cerro. It was Nahuel who broke the streak of eight without conversions, and Monteverde shot to equalize, with no luck. Larre’s 9-0 run came to put cold cloths on the evening. Despite complicating things for the outsider (surrounding him with up to three players) the number four was still unstoppable. Main factor, to which García and Álvarez were added. After being eleven down, Morales and Amichetti had the option from the outside, connecting unopposed. They gave kid Raúl franchises and also the experienced Aguilera, who did not miss the chance to get one. Verdirrojo did not finalize with the leadership, arriving at least one last.

Already in the decisive, the one who lay down in the zone was the local. Between Morales and Rosas, they complicated with Glenn resting. Dotti and Corbisiero’s daggers fell, plus what the kids did, which filled Nieto’s with doubts. Three minutes without scoring and of total confusion for Larre. Confused by the defense and without reaction to contain, the 13-0 was overwhelming for the Cerrenses to get eleven. Now Glenn was unpostable, and there were no easy doubles anywhere. The triples of Mauro and Felipe, brought those of Villagrán to five. In the little one, Corbisiero attacked Ricardo himself, putting the goal and foul. The chance was to go down to a possession, but the counter was mishandled. Rosas was left with a rebound that could be key, six up and one minute from the buzzer. Then they were all inaccuracies, which only served to make time pass. Verdirrojo won an incredible game, because of how Larre Borges escaped and because of how the kids turned it around. The final score was 73-67.