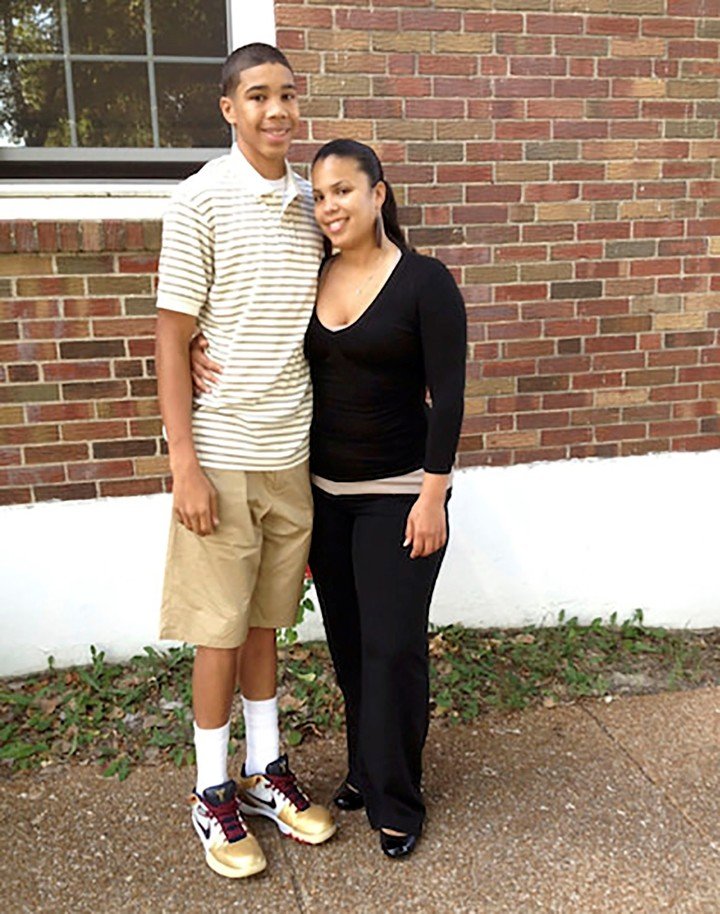 Jayson Tatum faces the Golden State Warriors in the NBA finals. The eaves of boston celtics He is one of the best players in the league, he maintained a very high level that allowed him to bring his franchise to this stage after 12 years. But… How did this boy, who is still only 24 years old, reach the highest level of basketball?

Born on March 3, 1998, the young star grew up in St Louis, Missouri, alongside his mother, Brandy Cole, who was only 19 years old when she had Jayson, who she made sure was always missing as little as possible.

Living with very little he supported his family during all his first years of life. With her child, Cole never gave in to his dreams. He studied law in St Louis, played college volleyball, and used his little free time to work multiple part-time jobs.such as the sale of cell phones, insurance policies and a job in a post office among others.

Jayson Tatum and his mother.

​Finding a way to survive, they continued to live in their house and Tatum, inspired by all the effort that his mother made, began to apply it to begin to form what he wanted to become: a professional basketball player.

The future player of the Celtics got up at 5:30, had breakfast and greeted his mother, before leaving for the gym of his school. Frank Bennett, Tatum’s coach in high school, confessed in his time training him: “I would arrive at 6:30 and he was already there, from 5:45 or 6. But the most impressive thing is that he did it every day,” he mentioned.

His first steps to stardom

Justin Tatum, Jayson’s father, who despite not being present the first years, returned to his city and was fundamental in the development of the small forward as a player. This one made him play against people much bigger than his son and, even so, Tatum stood out and shone in those meetings.

Also key was what Drew Hanlen taught him, a coach who has already had prepared several NBA prospects as they were Zach LaVine, Andrew Wiggins and Bradley Beal. Making the most of his opportunities, Tatum closed out his final season in high school. averaging 29.6 points and 9.1 rebounds And so, he was in the eyes of all American universities when he was ranked by ESPN with the third place of the best players in the country in his category.

The forward at Chaminade High School.

It was Duke the university in which he decided to follow the small forward, who at that time was only 18 years old. Here he was trained for a year by Mike Krzyzewski, emblematic coach of the institution who was part of it from 1980 to this year. Averaging 16.8 points and 7.3 rebounds, Tatum was declared for the draft as one of the best projects that could enter the NBA..

Tatum during his time at Duke.

His arrival in Boston

Draft day came and the Boston Celtics they took the St Louis-born with the third pick in the first round. Tatum came to the franchise and made his mark immediately: in a solid regular season coupled with an impressive post-season in which the Celtics were one game away from reaching the finals, as in game 7 of the conference finals of the this, they lost against the Cleveland Cavaliers of Lebron James.

Lebron James denied Tatum what could have been his first Finals.

In any case, Tatum, at only 20 years old, showed that he was made to play in this league and was selected in the all-NBA rookie quintet.

In his second season, many expected the forward to break out and become an All-Star player. In this campaign this did not happen and once again the Celtics stayed out of the playoffs after losing 4-1 to the Milwaukee Bucks.

From star to superstar

From the third season came the Tatum boom that everyone expected. He became an All Star for the first time and was part of the third quintet in the league, averaging 23.4 points and 7 rebounds. Then the following year he increased his numbers even more: accumulating 26.4 points with 7.4 rebounds per game and was All Star again. He even scored 60 points in one game, tying the franchise record with the legend. Larry Bird.

Nevertheless, to win a championship his team still lacked something. In those two years, the Celtics, who were led by Brad Stevens, again they were out of the playoffs against the Miami Heat in the conference finals and against the Brooklyn Nets in the second round.

It was only this year that everything was given in the best possible way. with his new coach Ime Udokastarted this season atrociously with a 19-21 record that put them out of the postseason at the time, but with the improved performance by Tatum himself (which earned him a selection to the NBA All-Star Quintet), Brown and Smart, among others, Boston closed the year with 32 wins and 10 lossesconcluding its regular season ranked second in the East.

After that part of the season, the Boston Celtics started their way to the NBA finals. They just beat the three teams that had eliminated them in those last three seasons. The Brooklyn Nets, who swept them in the first round and then the Milwaukee Bucks (in seven games) in the second and against the Miami Heat (in seven games) for the conference finals, where he himself Tatum was chosen with the first MVP (Most Valuable Player) award of the Eastern finals.

Come what may, win or lose the Celtics, Tatum is already indisputably enshrined as one of the superstars in this league. His performances this season will go down in history and this Thursday begins this opportunity for the young forward to become champion for the first time.

The incredible story of Jayson Tatum: the Boston figure who plays in the NBA finals