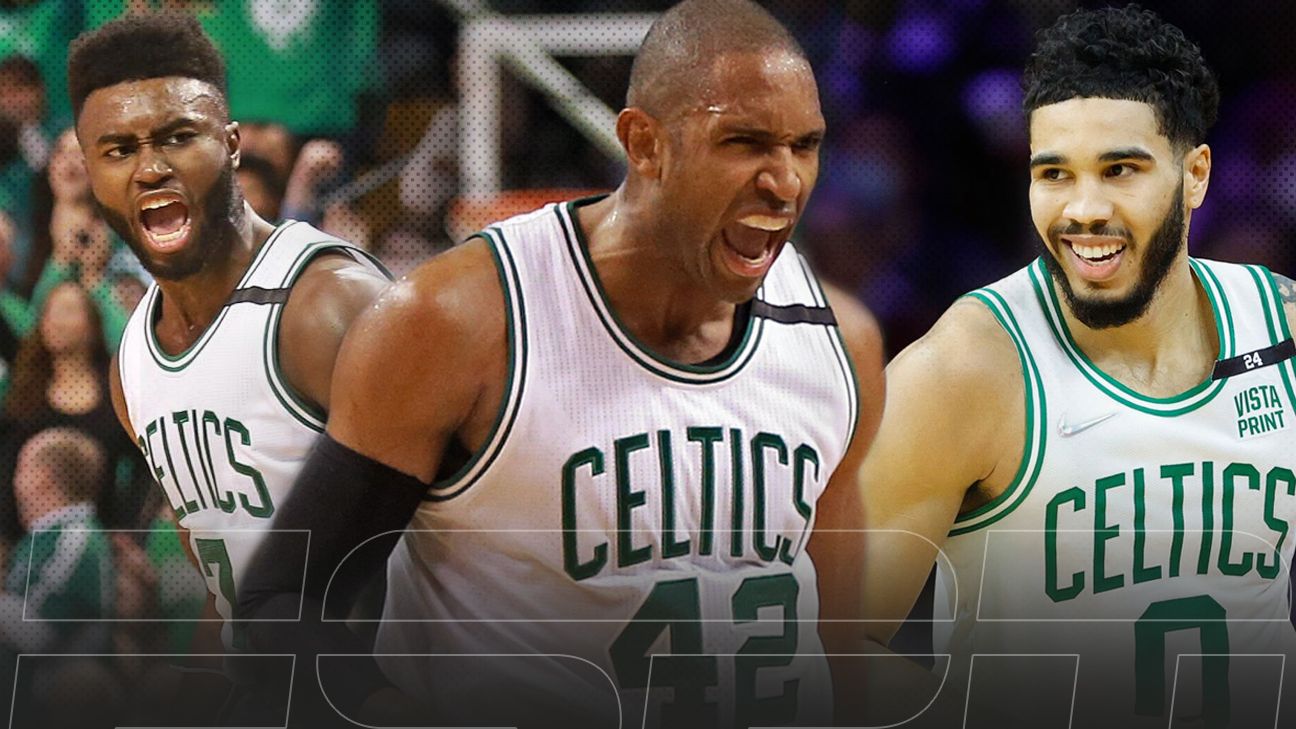 Construction occurred in silence. The dark laboratory, the passing of test tubes from hand to hand, and the obsessive search for the perfect alchemy. The naturalness with which the Boston Celtics play stands out in an NBA of amazing statistics and individual merits. The multiplicity of hands and the wear and tear of legs build a defensive keeper on all courts. The power of us over self, respect for the partner, the recovery of lost talents and growth outside of flashes bring a present that forces us to fully acknowledge.

The Celtics are the team of the moment and they are in a state of grace. They have won 22 of their last 26 games and despite the fact that many considered them to be a play-in team, today they are fourth in the East with the option of moving up. Now, what has changed to obtain such merit?

First of all, Brad Stevens’ move up to the managerial position initially brought controversy, but time confirmed the move’s success. Because that Tetris in the front office fell to Ime Udoka as head coach in a move that started crooked but that over time was accommodated brilliantly. The Celtics went from having a losing record in early January to genuinely looking forward to the big prize. Gregg Popovich’s former assistant at San Antonio Spurs made secondary a priori moves that paid off in the medium term. Once again, it was shown that it is not about names but about men: defending hard, putting aside egos, and playing with humility and sacrifice transforms average teams into contenders.

The green team plays with the same intensity at home and away. Few teams have shown such flexibility in front of any kind of crowd. Not only was it the 20-point win over the Denver Nuggets on Sunday night, but they came into that game after beating the Golden State Warriors by 22 and the Sacramento Kings by 29 on the road. They imposed without problems despite the absence of Robert Williams III and Marcus Smart, two defensive references.

A fact from ESPN Stats that graphs this present: Boston is 14-4 on the road since the beginning of the calendar year, this being the best record in the Eastern Conference, only behind the Phoenix Suns if we consider the entire NBA.

The Efficiency Landscape. What Jumps Out? pic.twitter.com/2n9ZIrRkAJ

The Celtics do not have the poster of the Philadelphia 76ers or Brooklyn Nets, but they have in their suffocating defense the main reason for their auspicious present. The recovery of the Dominican Al Horford confirms that, as much as some take pains to terminate players for cold numbers, the good ones always have something more to show. And it is that Al has been key in the internal defense of Boston, always backed by the giant Williams III, one of the men with the greatest progress without a doubt this season. I wouldn’t be surprised if his ability off the ball makes him one of the best centers in the NBA in the near future. Although, being frank, perhaps it already is.

Of course, Smart joins them on the perimeter and, although not much is said because he is always used to highlighting him for his offense, Jayson Tatum. Jaylen Brown, the fifth Beatle of this army without the ball, is an average defensive player, so clear and permeable holes to attack do not appear at first sight. And if we think that Derrick White comes from the San Antonio school, the cards are drawn. On the bench, the growth of Grant Williams is as remarkable as the timely revival of Payton Pritchard and the return of Daniel Theis. It’s amazing, but the Celtics have a 103.1 defensive efficiency (points given up per 100 possessions), but Kirk Goldsberry tells ESPN.com that they’ve been 101.5 since their lowest point (Jan. 7), when they gave up 128 points from of Miami Heat. Perhaps leaving Nikola Jokic, for many the current MVP, on Sunday at 34.8% from the field, his lowest percentage in a game this season, is a free sample of what we are talking about.

Let’s observe something: Boston is one of the few teams in the NBA – we should really see if there is another with this quality – in being able to defend the pick and roll, play par excellence of the League, without suffering any havoc in the changes. The Celtics’ big boys are versatile, with good legs and length to get up high. A curtain isn’t enough to unlock the bolt: Udoka, smart and adept at reading ups and downs, built a problematic roster for any elite offense.

On offense, the Celtics rank in the middle of the table in offensive efficiency with 110.6 points per 100 possessions. But the team, with a low offensive rhythm (98.1), grows at the command of an intractable Tatum, in the best moment of his career. No one would be surprised if we say that the Boston star is a Top 5 player in the NBA right now. It is worth seeing his legendary numbers: he scored at least 30 points with 55% from the field in the last three games. The other two players in Green’s rich history to achieve something like this are Larry Bird (five times) and Kevin McHale (1987). The French Lick Farmer has the longest franchise streak of 30 units and 55% field (four in a row in December 1984 and the same amount in March 1985).

His youth also stands out: Tatum passed Paul Pierce on Monday night as Celtic with the most games of 35 points converted (25) with 24 years or less.

Udoka has also dealt with the rough patches in the locker room and has managed to fit a misunderstood Smart into the rotation with Brown, thus forming a trio of very dangerous players on the perimeter heading for the playoffs. White and Grant Williams (he had his maximum points, 20, against OKC on Monday), in the background, accompany to finish building a structure in which everyone knows what they have to do. It seems easy, but at start-up it is very, very difficult.

Boston’s puzzle finds its fulfillment less than a month before the start of the postseason. It is an inspired team, in a state of absolute grace, that maintains a present in which everything turns out as expected. The departure of Dennis Schroder to the Houston Rockets finished shaping the leadership, which today already has clear owners and managers.

Can the Celtics fight for the NBA championship? A few months ago, it seemed like a ridiculous question. Saying yes today doesn’t seem reckless. Defend, defend and keep defending. The path is clear: as a team, without paying attention to what others say, build and grow in silence.

Red Auerbach once said: “Winners train, losers make excuses. Give me 12 players who want to win and we’ll find a way.”

The signs, at this point, are very encouraging.

The Celtics are in a state of grace