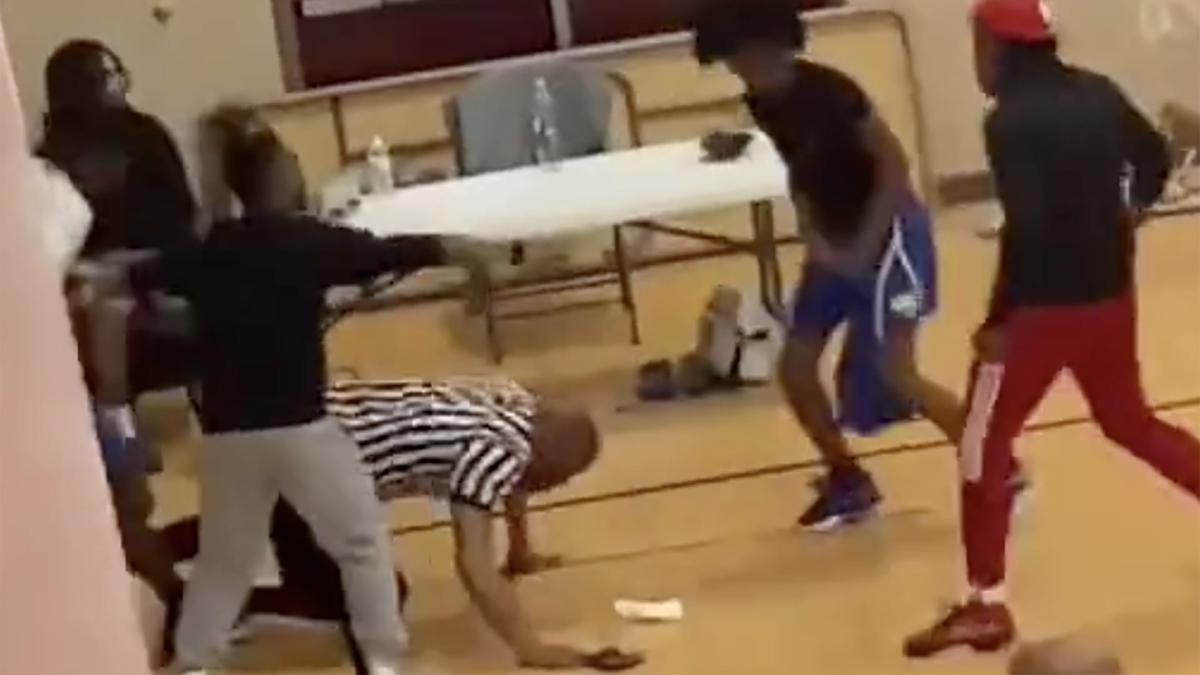 a referee was assaulted by a group of basketball players in a school in the American city of Georgia.

As soon as the final whistle blew in a Sunday afternoon game at Stronghold Christian Church, a group of players He surrounded the judge and they began to recriminate him. The referee starts backing up to try to avoid the enraged youngsters and suddenly everything spirals out of control.

The teenagers began beating the judge, who He also threw some punches to defend himself and then ran off to avoid the teenagers.

Several players huddled together after the referee fell to the ground. Two teenagers started kicking him and then they come more to hit him with punches and kicks. The judge was overwhelmed by the number, while his refereeing partners tried to stop the aggression with the whistles.

We open our doors to serve our community and our goal is to provide an environment conducive to enjoyment, enrichment, etc. While we can’t control people, we hope and pray that those who enter our facilities behave in the best way. Our prayers are with everyone involved in this current situation,” he said in his statement.

The referee had to be taken to a hospital where they did 30 stitches for the blows received.

However, it is still unknown what motivated teenagers to attack the referee. The incident was under investigation by the Dekalb County Police Department.

The attack is the latest in a worrying trend. “It’s becoming too common now that judges are assaulted by parents, players and coachessaid Ernie Yarborough, deputy executive director of the Georgia High School Association. “It was very upsetting for me to see that.”

Yarborough added that between the pandemic and an increasing number of incidents like this latest attack, they are having difficulty recruiting referees and that will end up impacting school sports programs.

The National Association of Sports Officials recently surveyed more than 17,000 sports officials. About 57% reported that sportsmanship is getting worse, while 27% said it is more or less the same. And 40% of those surveyed said that parents cause the most problems.

VIDEO: Irving’s genius at the horn