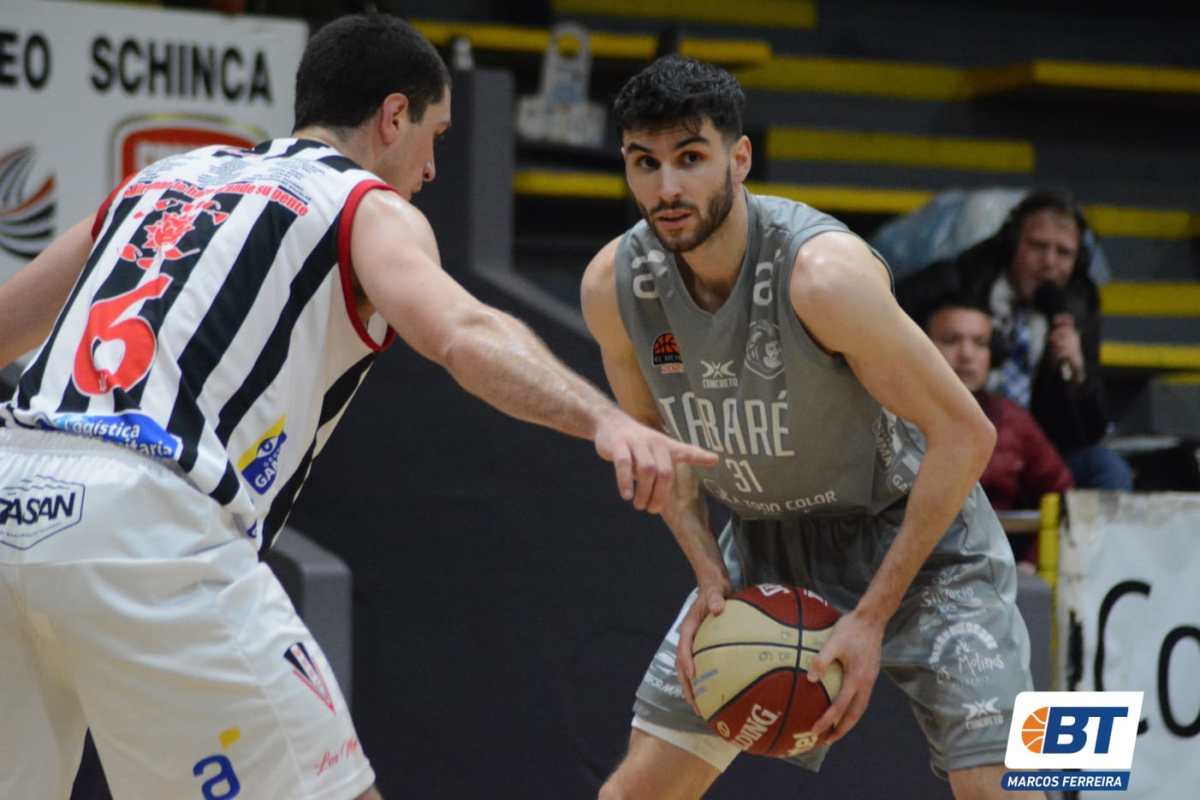 The game started evenly although both teams showed different arguments to reach the goal. Tabaré depended almost exclusively on Ignacio Alessio, the Argentine scored 10 of the first 12 of his team, played more internally than in previous nights and complicated a defense that could never stop him. Miramar distributed the scoring better, found triples from Morena and Cousté, while Ottonello was interesting with shots from fourth and attacks to the basket. Wineglass’s third defensively decimated the Monkeys. The good entry of Cabillón and the appearances of Medina in the score led the Indio to finish the first 24-18.

Diego Olivera sent his team to defend in the zone to guard the painting. Medina, who had started to warm up the wrist, was dispatched with two triples and again Dr. Cabillón gave his hand to get 13. It seemed a moment of break, the Belgrano neighborhood had trouble scoring against a planted defense, but a Tessadri bomb and points to the handsomeness of DellaMea returned him to the process with a partial of 8-0. In addition, there was a good passage from the kid Joaquin Núñez. The closing was all of Tabaré with a lapidary 14-0 of which we give more details in the section “The thermometer” of this chronicle. To clean triples the gray went 54-36 up to the long rest.

In the third, Tabaré kept the train under control, with Medina as the standard in the first minutes, passages from Taboada averaging the boy and a very good finish from Alessio, loading the painting where no one could defend him. Miramar never had defensive sustenance to bring the game, offensively he continued adding with individual impulses from Morena, accompanied by Cousté. But in general Diego Olivera’s team was sloppy, failed to maintain the line of play and to top it all, Wineglass came to the fourth staff in a silly way. Those of Palacios entered 15 up last.

Final quarter where the Monkeys started better, scoring and putting their fast rival in collectives. Wineglass loaded up the paint and Tessadri was good company to bring the rent down to single digits. Beyond the offensive level of their foreigner, the key for the de Olivera was to improve defensively, press the ball, steal balls and run the court. Tabaré only found Alessio in the painting as an offensive argument.

In the absence of 3.29, and entering the chiquita with those from Parque Batlle winning by two, Wineglass’s fifth came. When it seemed that the Indio had everything, a goal with a foul from Ottonello gave Miramar the advantage. But Tabaré took advantage of the lack of the rival foreigner to rebound in the epilogue, in that sense Oyenard was key and Alessio put an important hook. The Monkeys messed up the procedures on the night’s key offenses, shooting 6.75. Medina with free practice sealed the first victory for Indio in the tournament, 97-91.