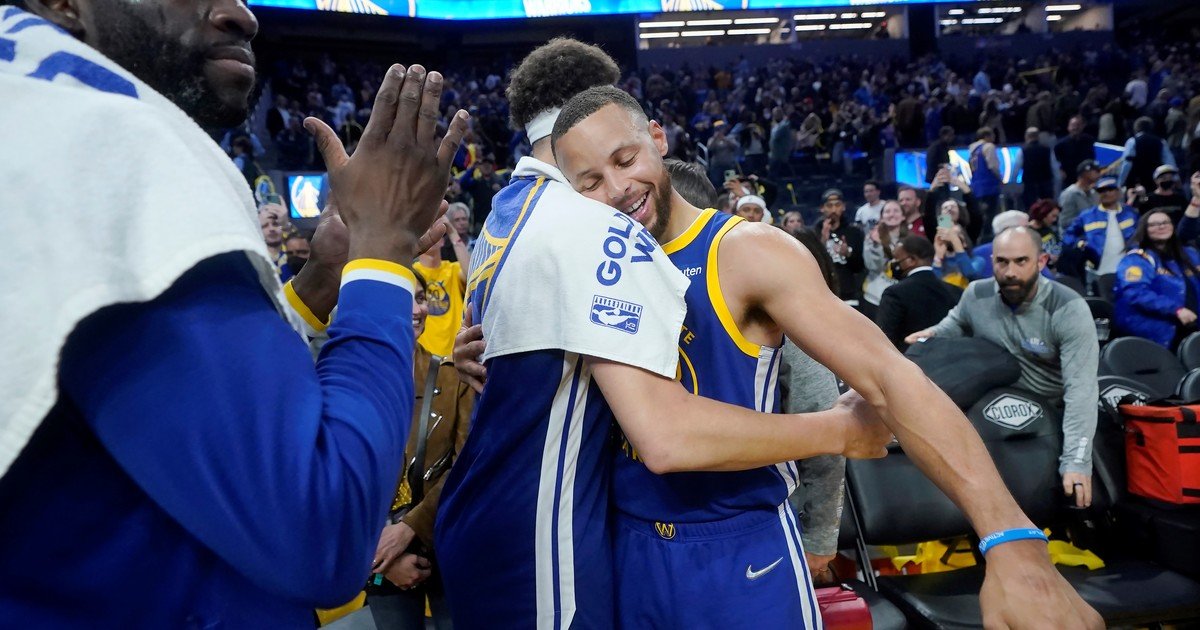 Stephen Curry scored 47 points the night of his 34th birthdayDraymond Green returned after 29 games absent to fire up the defense as usual, and the Golden State Warriors defeated the Washington Wizards 126-112 on Monday.

Curry, current leading scorer, materialized 16 of 25 with seven triples, throwing off his defenders to convert lopsided shots. The Warriors shot 53.6% from the field and snapped a three-game losing streak against Washington. Klay Thompson and Jordan Poole each chipped in 20 points.

Green, who was sidelined with a lower back injury and was playing in his first game since Jan. 9, had six points, seven rebounds and six assists in 20 minutes. It was the first game he, Curry and Thompson had played on the hardwood after Thompson injured his left knee in the decisive Game 6 of the 2019 Final Series, which Toronto won. Thompson underwent surgery then and missed last season with an Achilles tendon injury in his right leg.

Kristaps Porzingis had 25 points and Kenatavious Caldwell-Pope had 19 in the Wizards’ fourth straight loss, fifth of six and sixth on the road. Brazilian Raúl Neto finished with eight points, three rebounds and seven assists for Washington.

Without Bolmaro, Towns show in Minnesota

The Dominican-American Karl-Anthony Towns dazzled this Monday with 60 points, 32 of them only in the third quarterwhich allowed the Minnesota Timberwolves beat the San Antonio Spurs (149-139)With the presence of Leandro Bolmaro among the substitutes.

Towns shot 19-for-31 from the field and had 17 rebounds to top his previous best of 56 points against Atlanta on March 28, 2018. Lakers star LeBron James and the Atlanta Hawks’ Trae Young shared the season-high scoring honors with 56 points.

The 6-foot-plus All-Star from Minnesota capped his dazzling performance with a 3-pointer with 1:39 remaining, shortly after making one of two free throws for 57 points.

Towns is one of the fundamental keys of these Wolves that are making a lot of noise in the Western Conference and that right now occupy the seventh position (40-30), which would give them the right to play the play-in. The Wolves center is having a sensational season capped off by his third All-Star selection and his win in the NBA All-Star Weekend 3-point contest.

San Antonio has lost two straight games since Gregg Popovich recorded his 1,336th career win to become the most winning coach in NBA history. The Spurs have lost seven of nine games and are 2-3 in a seven-game home series, their longest of the season. Spurs forward Keldon Johnson finished with 34 points, Dejounte Murray added 30 with 12 assists and Lonnie Walker IV had 22 points.

The Nuggets won without Facu

Serbian center Nikola Jokic scored 22 points and grabbed 13 rebounds to stop the momentum of stars Joel Embiid and James Harden in a victory of the Denver Nuggets -with no minutes to Campazzo– against the Philadelphia 76ers 114-110.

Embiid, contender for the MVP, finished with 34 points and nine rebounds and Harden did it with 24 points, nine sacks and 11 assists, but the Sixers did not know how to take advantage of their performances and gave in to the push of the Serbian, a strong candidate also for the award for best player of the season.

Denver rookie Bones Hyland also stole the show with four 3-pointers, including one in the fourth quarter that gave his team a 110-108 lead. Hyland scored 21 points in total.

Jokic won the MVP last season and Embiid was second in the voting, and both are again considered favorites for this season. Embiid entered the game leading the league in scoring with 29.8 points and Jokic was second with 26.1 points. The European is also averaging 13.8 rebounds and 8.1 assists.

Something that prevented the Cameroonian Embiid from winning the MVP last season was the number of games played. It was then that Jokic was a deserved winner as he appeared in 72 games and logged 2,488 minutes to Embiid’s 51 games and 1,850 minutes.

The program for Tuesday, March 15

Stephen Curry and a birthday on basket night