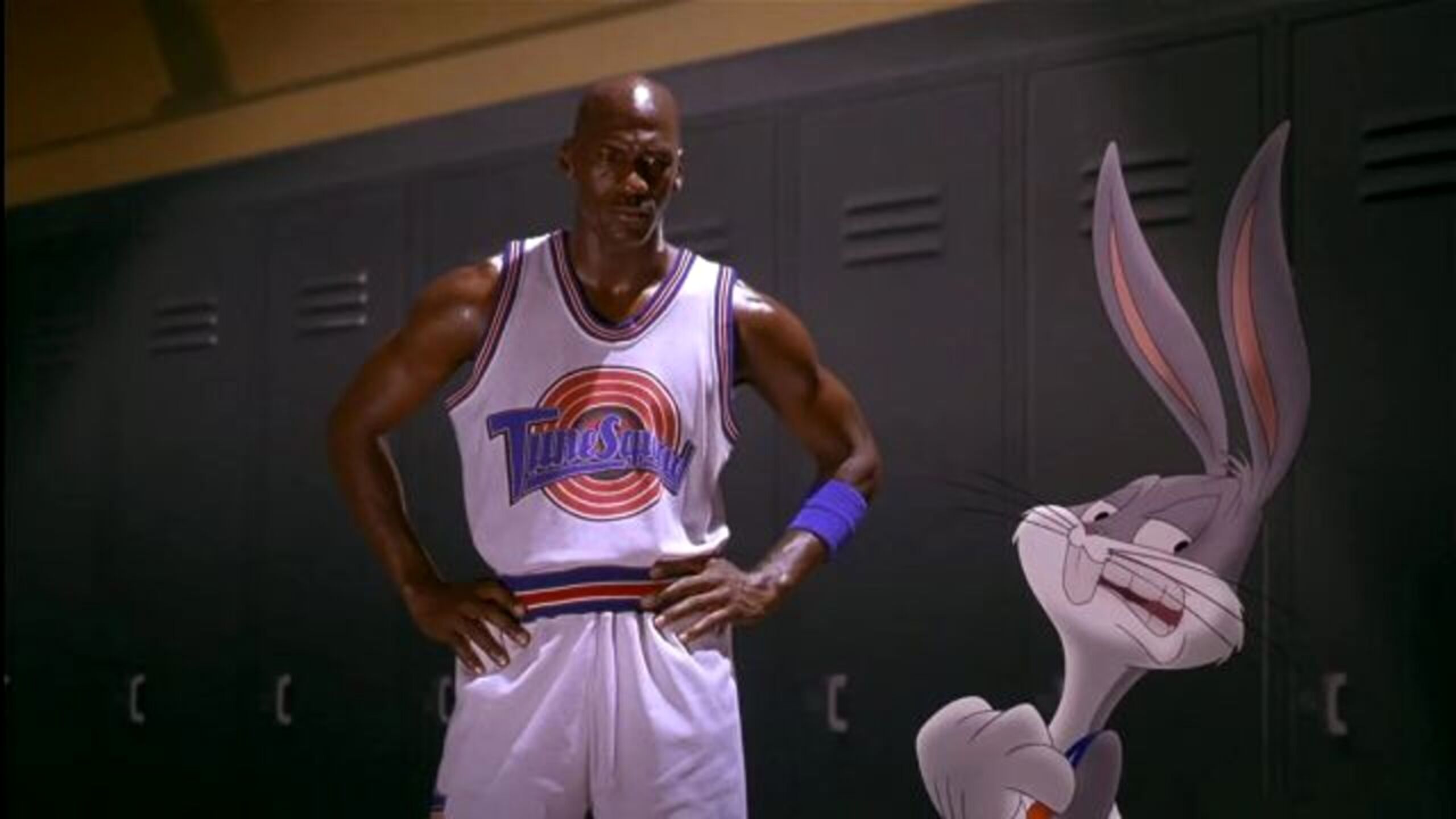 Michael Jordan appeared in a film production during his return to the NBA season. It was in the 1995-1996 championship. Space jam it premiered during the second of those years. Few athletes could be considered at the height of Jordan for the moment. By then, the Looney tunes they were already icons on American television.

Nor the Looney tunes nor Michael Jordan had platforms of streaming or social networks to boost themselves. It was another time. The Looneys depended on the diffusion that television allowed them, having a special impact on children, and Jordan was subject to his exploits on the court and the media repercussion that this generated. The latter was not little.

In Jordan’s case, moreover, he had been retired. His career experienced a sort of second half that was just as successful as the previous cycle: he won three rings. For their part, Looney tunes, after debuting in 1930 with the short Sinkin ‘in the Bathtub, they already had a wider universe of characters on which to lean narratively. It did not seem unreasonable to make a production that would bring them together. In hindsight, it is fair to say that it was not.

During the mid-1990s, few animated television series had the impact that Looney tunes Warner Bros. succeeded. Sixty years earlier, they began in the cinema and, as TV took more space, they were seen in homes long before Space jam. At first, they could only be seen in black and white. It wasn’t until 1968 that they were developed in color.

What was the particularity of these cartoons? Before positioning itself in the collective imagination, during the 30s These characters were used to spread the musical background of the Brunswick Records label., which had been bought by Warner Bros. Therefore, all the songs that depended on that label went to the other company. The Looney tunes they served as a means of disseminating those songs while they told a story.

This content was not intended for children, although it was well received in that sector. Later, with some changes in the management of different related companies, the adult sector also began to be considered. Twenty years after its origin, the television adaptation led them to reach another dimension of receptivity and follow-through. The franchise was open to almost any public, censoring some issues but winning on others.

As technology progressed, other characters were also incorporated. The most famous of them turned out to be Bugs Bunny, who appeared a little before the jump to television, in 1940. As the series approached the 90s, others were added, those that appear in Space jam although none touched the dimension of the rabbit. His alliance with Michael Jordan could be considered iconic: an animated world and reality in the same plane.

By that time, individual adventures of the different characters were already being developed, both for film and TV and even cameos with other Warner productions, such as Animania. The game with Michael Jordan, halfway between animation and real image, responded to that trend: expanding the possibilities of animation a little more, relying on his reputation and another pop reference.

After his three consecutive championships with the Chicago Bulls, Michael Jordan was not only considered a historical player but had also become a sports reference. His image, for adults and children, was positioning itself as a sports and cultural symbol, along with brands such as Nike.

That meeting between real and animated idols worked. They were needed in Space jam to achieve a goal. On the other hand, from a metaphorical point of view, the alliance also worked: Jordan, on the court, did things that seemed impossible in real life, like those that men do. Looney tunes within your universe.

The result, perhaps, could not be better: Space jam It was the 12th highest grossing movie that year. On a global scale, the production totaled more than 230 million dollars. Some of the productions that surpassed it were Jerry maguire (Cameron Crowe), 101 Dalmatians (Stephen Herek), The rock (Michael Bay) and Mission Impossible (Brian De Palma). In a nice nod to the animation tradition and its relationship to music, its soundtrack was ranked 69th on Billboard in 1996.

Yes OK Space jam Perhaps it could not be defined as a film only about sports, this theme in the cinema does not usually have a great success. Movies that transcend, like Jerry maguireThey deal with topics around the disciplines and not about them. Sport turns out to be an excuse to delve into other things. Moneyball (Bennett Miller, 2011), one of the best productions of recent years, also recreates the above. Athletes, as actors, do not usually succeed (nor are they required) or have key roles within productions, such as Jordan (who was joined by other NBA figures, such as Charles Barkley, Patrick Ewing, Muggsy Bogues, Larry Johnson and Shawn Bradley).

Some of the elite athletes who also appeared on the big screen were Pele on Evasion or victory (John Huston, 1981), OJ Simpson, on The Naked Gun: From the Files of Police Squad! (David Zucker, 1988) and Shaquille O’Neal, who participated in various productions. None were more successful (they were not required either, because their role was different). You can think of Dwayne “The Rock” Johnson, another athlete (although without the resonance of the previous ones), who did have success in the cinema. To the point that his acting career blurred his sporting origin.

However, within these names and productions, none and none produced a similar synergy when mixing universes. This was one of the few occasions during which that happened, judging by the collection and the nostalgia generated in recent months. Recovering that charm is the goal of Space Jam: A New Legacy (Malcolm D. Lee, 2021), headed by LeBron James and the WarnerMedia universe of characters (no longer just Bugs Bunny and his friends). This movie would not be possible if 25 years ago the Looney tunes and Michael Jordan would not have made Space jam a cult movie.