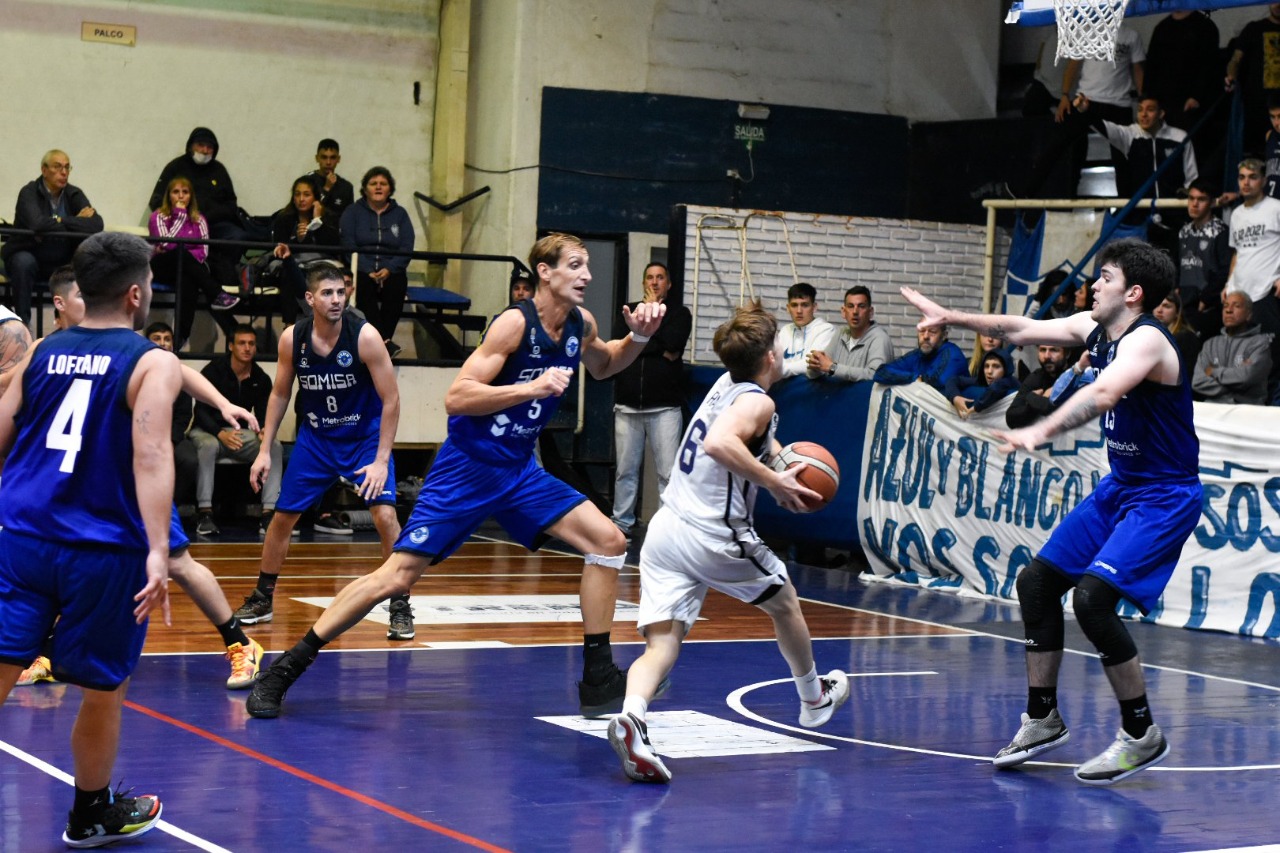 At the beginning of the fourteenth date of the CAB Region Division 1, the Arámburu team left behind four consecutive losses and stayed alive in the fight for the classification to the play-offs, after having won last night in the “Socios Fundadores ” to Atalaya by 50 to 49, in a weak game. Rausch was his scorer.

Somisa left behind four consecutive defeats and stayed alive in the fight for the classification to the play-offs of the Federal Basketball League, after having beaten Atalaya last night in the “Founding Partners”, in a weak match from the technical point of view. . At the beginning of the fourteenth date of the CAB Region Division 1, those from the neighborhood won 50 to 49. However, not only did the result end up being the positive of the somiseros’ presentation; so was his attitude, beyond having shown very little in terms of his game (he finished with 20 turnovers and 6-31 on 3-pointers). The homeowner had a poor first half and a correct second stage, in which some specific situations kept him in the fight for victory, against a rival who had nothing left; true (that he turned over 21 balls and that he was just slightly straighter on long shots, going 10-for-32 from 6.75). Atalaya entered the locker room winning by eight (26-18) after two first quarters with little to highlight –especially on the local side-. Somisa returned to the meeting renewed after the long break. With another impetus; what was noticed in some players -such as Dentis, who became important with his experience-. Midway through the third act, Somisa went on to win after a long time (31-30), but with three three-pointers in a row (two from Orellano and one from Palacios), the visitors recovered and reached the final period winning 40-34. And reaching the middle of the last chapter, Atalaya threatened to distance himself, placing 46 to 41. Somisa tried a new reaction and nailed a 6-0 run, with a steal followed by a key conversion by Calderón (he was 0-5 in triples and 4 losses until there), to go on to win 47-41 with 3’37” to play. From then on, he did what he could and ended up winning more because of his opponent’s shortcomings than because of his own virtues (in a controversial definition that included a foul claimed by all of Atalaya from the local defense against Grimauldo on the last play) .

Gerónimo Rausch was the only nicoleños player to reach double digits. The intern from Bahia finished as a “double figure” having added 15 points (3-8 in doubles, 9-11 in free) and 10 rebounds (+2 assists). Also in Somisa there was the debut of point guard Valentín Lofrano, a member of the initial formation. The Mar del Plata player totaled 9 points (4-7 shots from the field), two rebounds, two assists and a steal in almost 38 minutes (+4 turnovers).

After this victory, Somisa will now have a rest on the fifteenth date that will be played between Saturday, Sunday and Tuesday. Then, he will have to play with Regatas (Saturday 23 at 8:00 p.m. local), Náutico Sportivo Avellaneda (Thursday 28 at 9:30 p.m. in Rosario, where he could not yet succeed) and Temperley (May 1 at 7:00 p.m., at home ).

SOMISA WON AND IS STILL ALIVE IN THE FEDERAL BASKETBALL LEAGUE