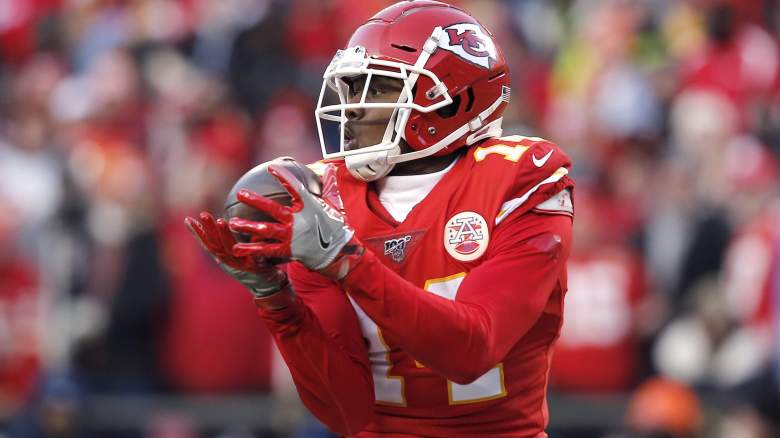 Getty Sammy Watkins #14 of the Kansas City Chiefs catches a 60-yard touchdown pass in the fourth quarter against the Tennessee Titans in the AFC Championship Game at Arrowhead Stadium on January 19, 2020 in Kansas City, Missouri

According to ESPN’s Adam Schefter, the Packers are signing former Kansas City Chiefs and Baltimore Ravens wide receiver Sammy Watkins to a one-year deal worth up to $4 million after hosting the 28-year-old free agent for a visit on Thursday. April 14th

The Packers are giving former Ravens WR Sammy Watkins a one-year deal worth up to $4 million, according to the source.

Watkins is coming off a disappointing season with the Ravens that saw him finish with career lows in receptions (27), receiving yards (394) and touchdowns (one), but he’s also a Super Bowl-winning wide receiver with eight seasons. of NFL experience on his résumé that can help reintroduce some speed to the Packers’ receiving room after the departure of Davante Adams and Márquez Valdés-Scantling this offseason.

The biggest problem for Watkins has been staying on the field with his 2014 rookie season the only year he has played every game of the regular season. He sat out four games in 2021, three due to injuries, and missed a combined 14 games during his three seasons playing with Patrick Mahomes and the Chiefs. As a result, it’s possible the Packers will include some type of incentive in Watkins’ new contract.

The Packers’ main receiving corps now consists of Sammy Watkins, Allen Lazard, Randall Cobb and Amari Rodgers for next season, but it’s still very likely the team will look to add at least one more receiver in the upcoming NFL draft. 2022. The only other depth pieces behind his top four receivers are Juwann Winfree, Chris Blair and Rico Gafford, which isn’t an appropriate set of weapons for a four-time NFL MVP.