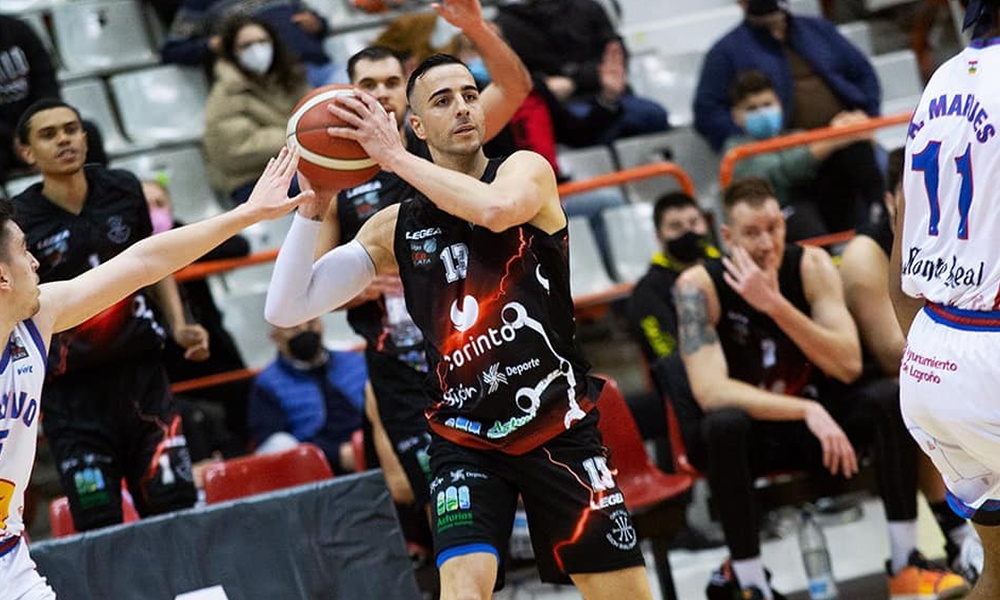 With 28 teams, talking about the LEB Silver can be long and tedious, something that usually happens when you accumulate teams and teams in your different categories. But no one can doubt how interesting this competition is, the seriousness of many teams and how the arrival of Tizona and COB from above, or from projects like Cartagena from below, make the competition one of the most complicated to obtain results, first for the hardness to ascend and second for achieving permanence (six descents in the race). With a good part of the equipment practically in diapers, it is almost impossible to establish an analysis, but we can begin to look at the first keys that the market leaves to date.

G-League flavor. The coronavirus has left many stories behind and one of them is that many players have been left hanging or without wanting to go out to play. With fewer spots available around the world, two 19/20 G-League players were left without a team last season and now want to relaunch their careers. One of them is DJ McCall, who left IUPUI in 2019 and played 24 games (12 mi) in the 19/20 G-League; After a course without playing, he came to Spain to participate in the Europrobasket Summer League (where he was the MVP) and Albacete Basket was clear about betting on this swingman strong of good springs. The other player is Joe Cremo, Zornotza ST’s new shooter; Trained in the prestigious Villanova and star of our summer scouts, he played 18 games on Long Island (5.1 pt), but they did not win him a contract last year. McCall and Cremo. Cremo and McCall. Both seek compensation.

Ferran Ventura. The new leaders of the COB started strong, with high-sounding declarations that perhaps sounded too ostentatious, although their steps have been firm. The arrival of Sergio Pérez to the sports management has brought tranquility and silent work, entrusting the bench to Armando Gómez before closing his first signings, which arrive from Gold. Greg Gantt will provide a pitcher’s wrist, but a lot of attention to the Catalan Ferran Ventura , a player who grew up in Cáceres and was about to go to an upper zone project as a player who provides balance, outside shooting, defense and ball handling. Now you will delight LEB Plata with its quality.

Daniel Astilleros. His numbers do not attract attention and after four seasons in Gold with CBCV he takes a step back to gain momentum in an FC Cartagena CB that looks to want to achieve something big. The pucelano forward will put his claw, his physique and his rebound, and we hope it is one of the positive news of a league in which the new Albinegro project disembarks, commanded by nothing more and nothing less than Gustavo Aranzana, who will have in its ranks inside Johan Kody, the marksman Martyce Kimbrough and two of the nationals who for us were ready to jump to Gold (the canaries Samu Rodríguez and Víctor Aguilar), as well as the renewed José Antonio Marco and David Álvarez (bases).

Alo Marín. One of the most outstanding movements in the market so far is the arrival of the magician to Grupo Alega Cantabria after his year at Círculo. A group, that of Torrelavega, which has also achieved three important renewals such as Will Perry, Fernando Sierra and Tom Granado (what a great merit to keep them), who join the young local talent Álvaro Palazuelos and an Alo Marín whom he misses that in Gold they have not given him an opportunity to be a second unit, but that in David Mangas’s team it will be important and can contribute a lot, as we told you in 12 Silver Nationals for Gold.

Dance on the benches. With much continuity in the main projects that stayed close to the ascent (Mangas-Estela, Garitaonandia-Zornotza, Zamora-Bàsquet Menorca, Barrio-CDP, Jenaro-Clavijo, Varela-Albacete, Moya-La Roda), there has been a parallel change in other places. To begin with, a very interesting bet by CB Cornellà by the experienced coach Mateo Rubio, who was inexplicably left out by the change in model of Barça despite achieving promotion to LEB Oro (as happened to Fabián Téllez, team coach champion of Spain Junior); Thus, Rubio was chosen by the cornellanenc team to avoid difficulties and it has already been done with players like Raimon Carrasco. What to say about FC Cartagena CB, who will be directed by Gustavo Aranzana who has gone through all stages of the competition and will continue to give lessons. For its part, at Tizona University of Burgos they have managed to convince Francis Tomé to leave his comfort zone in Malaga and return to LEB to stop. The last stop takes us to Ourense, a city in which the opportunity has come for an Armando Gómez who knows the LEBs and their ins and outs and knows how to make his teams work in the face of the great challenge that lies ahead.

So far these first brushstrokes of a category whose templates / market you can consult by clicking here.