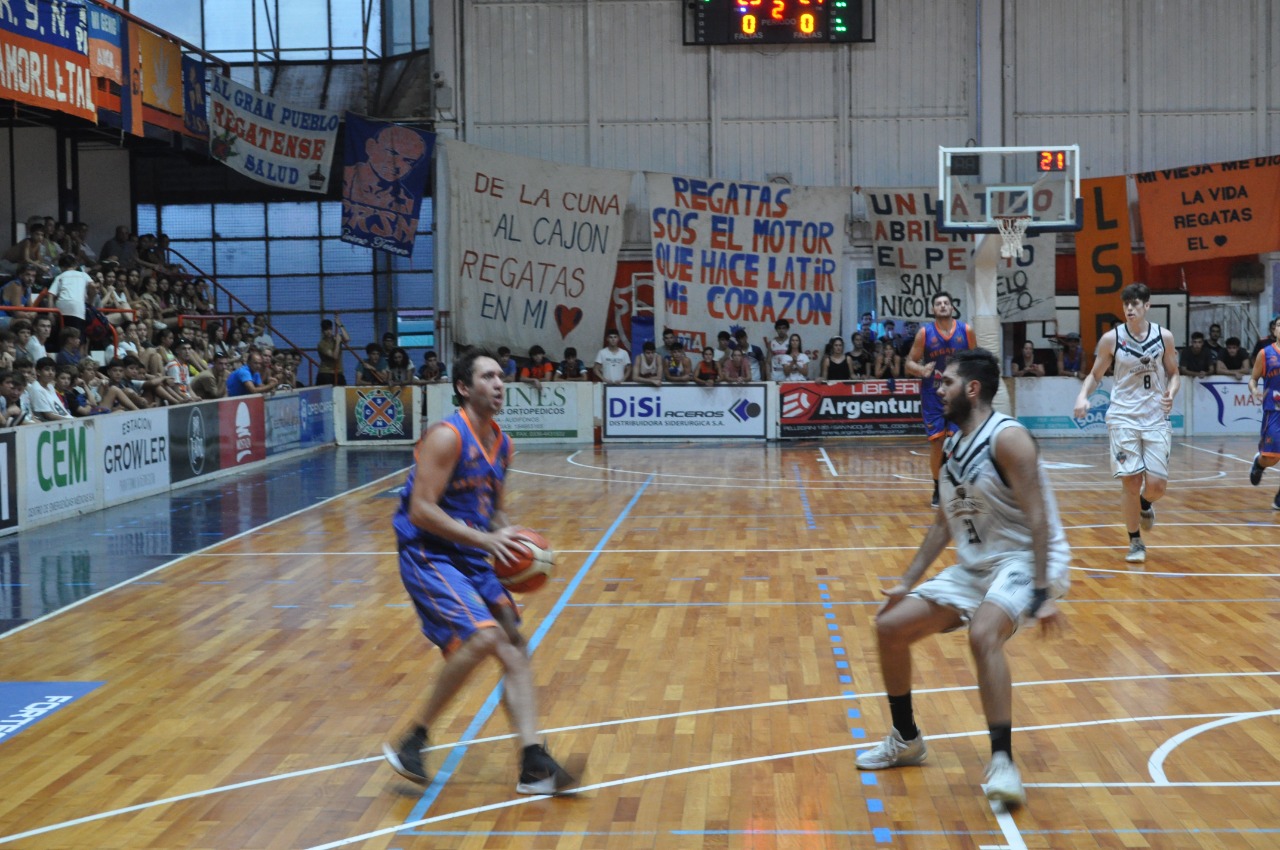 Pablo Dastugue’s team added its fourth consecutive win in the Federal League and is the only undefeated team in CAB Region 1. It beat Temperley in La Ribera by 78-65, with another outstanding performance by Patricio Rodríguez and a solid job in the collective.

Special for THE NORTH

Regatas extended its impeccable start in the Federal Basketball League, where it added its fourth victory by defeating Temperley last night by 78-65, for the 5th date of the CABB Region Division 1.

From the outset, the nautical man imposed conditions, with an intense defense that gave him chances to find clear options in attack, with an Ingrata hurting from the perimeter. In addition, he dominated the inside game with Mena and Repetti, plus the hierarchy of Patricio Rodríguez, to escape 15-7.

Temperley was pure disorder, it was difficult for him to find variants in attack, betting on the external shot. However, he warmed up little by little and went 9-0, with three consecutive triples, to get 19-18. But Regatas once again took advantage of his game in the low post and closed the quarter in his favor by 23 to 19.

In the second segment the two lowered their effectiveness, they often made mistakes and it was difficult for them to find clarity in attack. In this context, the nautical player had a little more patience to work against the zone and with the appearances of Lupinucci and Rodríguez, plus a double in Mena’s closing (11 points, 4-6 in doubles), he got into the break up by 37 to 28.

Regatas continued to dominate the game and began to make his variations, with a zone that gave him results, forcing bad decisions from Temperley. He was able to run, dominated the defensive backboard and managed to keep the intensity going, spreading the game. He always gave the impression that when he pressed the accelerator he made a difference and escaped 54 to 41. With authority, and a good contribution from Lemme, he entered the fourth quarter leading 57 to 44.

With the return of Pato Rodríguez to the field (he had rested for much of the third quarter), plus a very suffocating defense, the locals found effectiveness and escaped 66-50. For this, Rodríguez’s hierarchy and Ingrata’s aim were key.

Rosario tried a reaction and got to 11 (66-55), thanks to Parizzia (5-7 in doubles and 3-4 in triples) and the good debut of Gallardo (10 points). But Regatas reacted again, stretched the defense, with López’s prolixity in driving and the team showing no fissures.

The visit no longer had any reaction and the locals once again took a difference of 16 (74-58) and closed the match with authority and personality and took the victory by 78-65, beyond some ups and downs in their game.

Regatas once again demonstrated that he is on the right track, with a long squad, with a clear game idea, which allowed him to have an unbeatable start.

Patricio Rodríguez was again a great figure (17 points, 3-4 in doubles, 3-4 in triples, 5 rebounds and 1 assists), well accompanied by Ingrata (14 points, 4-8 in triples, 5 rebounds). Náutico had high court percentages (17-29 in doubles, 59%, and 20-24 in free, 83%) to build a solid victory, in which they gave little chance to Temperley, adding his fourth happiness to be the the only undefeated in the group and reach the top.