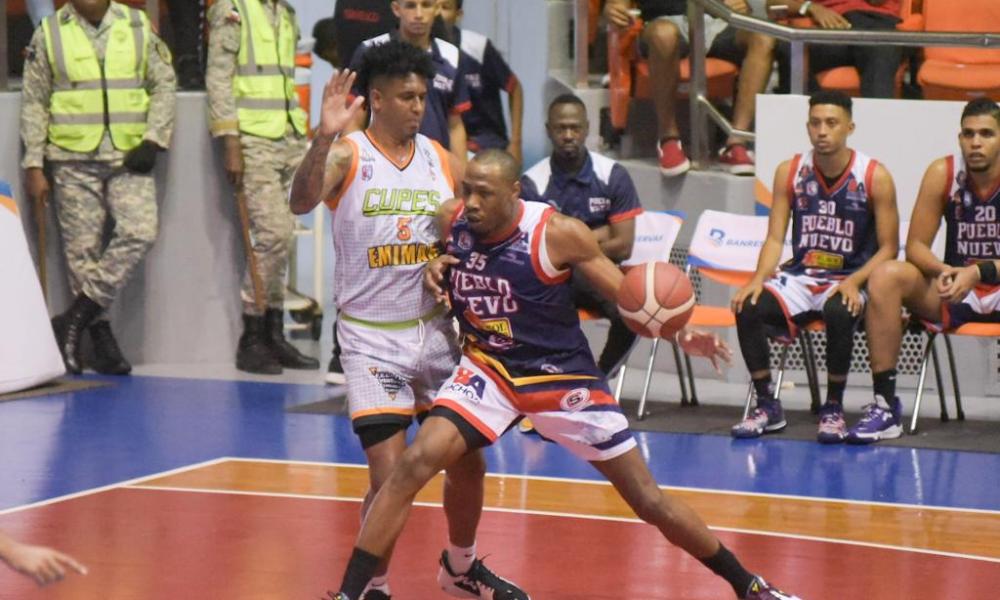 Action in the closing game of the billboard between Pueblo Nuevo and Los Pepines. External source

SANTIAGO.- The current champions of Club Pueblo Nuevo beat Club los Pepines (Cupes) 96-89 at the close of the day this Wednesday and established themselves in first position with a record of 4-2.

In the first batch, Club Domingo Paulino beat Plaza Valerio 84-72, with an outstanding performance by debutant Jassel Pérez, a sensational U-25 player, in the continuation of the basketball tournament here.

Those from Pueblo Nuevo won the third quarter 29-19, to go to the last regulation time with a wide advantage of 12 points (78-66), that last quarter ended 23-18, in favor of Cupes, but those points were not enough to avoid defeat.

The triumph of the CDP over La Plaza 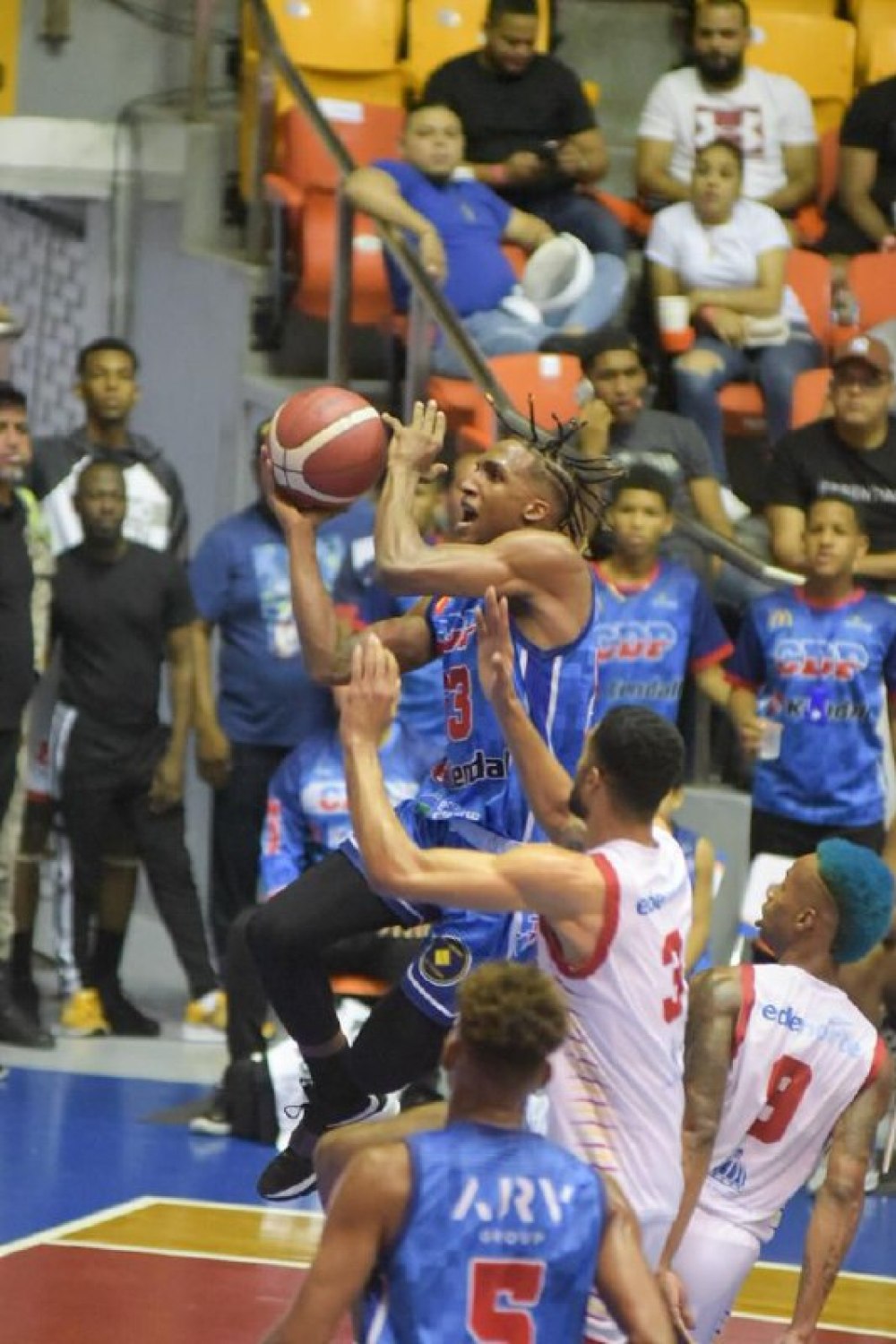 Jassel Pérez shows off his skills in his basketball debut in Santiago. External source.

Club Domingo Paulino (CDP) made good defensive adjustments against Fernando (Plaza) Valerio and defeated them with a score of 84-72, in which they had sensational U-25 Jassel Pérez as offensive leader.

CDP, which prior to this game would have allowed 92.5 points per game, limited Plaza to 72 points, summoning 14 turnovers to their opponents and recovering ten balls.

For the representative of the Metropolitan Gardens, who now places his record at 2-3, Jassel Pérez scored 20 points, with 7 rebounds, and 3 assists, who missed part of the last quarter due to a minor discomfort in one of his legs, Jensy Jiménez added 14 points with 4 rebounds, Arlando Cook who also made his debut scored 13 points and grabbed 14 rebounds, Francisco Germosén with 11 points and Yormi Almonte with 10 points and 9 rebounds were the best performances.

While for the Jewelers and Baracoeros led by Víctor Peña who put their record at 3-2 after their second loss in a row Oliver García with 23 points and 3 assists, Anyeuri Castillo 14 points, with 6 rebounds, Rakeem Christmas 9 points, 11 rebounds and 3 blocks, Devin Books 7 points and 9 rebounds.

Those led by David Díaz took advantage of the second chances by scoring their opponents 23-6, those of the Bench 28-15, the points for losses 17-8.

In the collective statistics, the rebounds were fundamental, 63 of which 25 offensive, while Plaza only 45 rebounds, 13 of them offensive.

In the third quarter with thirteen points from Jassel Pérez who put on a show including dunks, the CDP replenished their offense ending 54-50 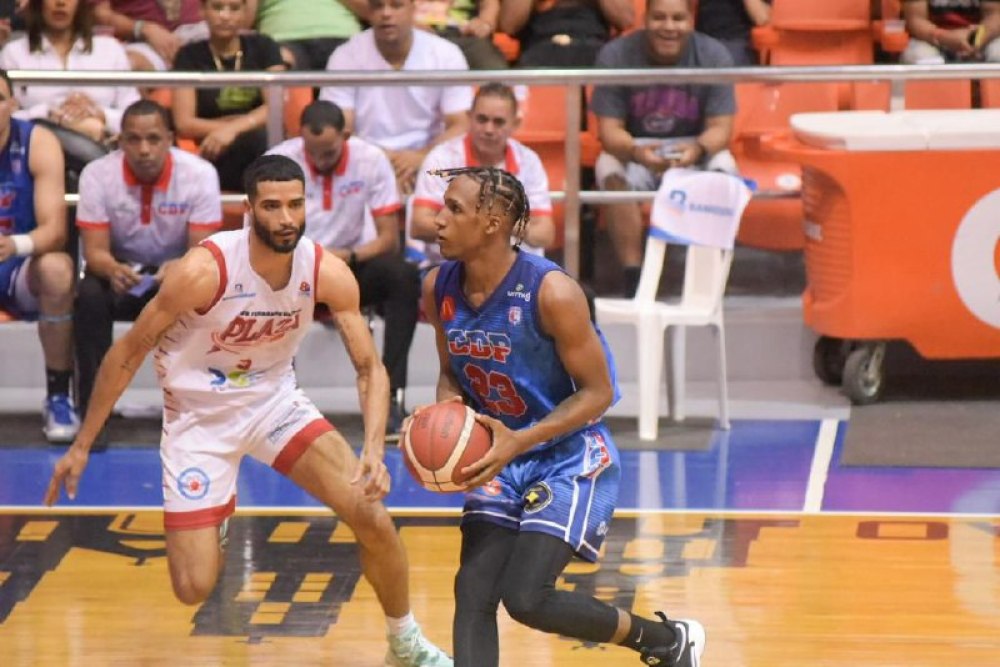 CDP dominated the first quarter 22-19 with a collective offensive in which the seven players who saw action scored.

In the second quarter, the representative of the Metropolitan Gardens made a 10-5 run in the first six minutes, but the jewelers took advantage of successive losses by the blue team and came within just four points, subtracting 3:07 to reach halftime, without However, Plaza’s counterattacks were fundamental and Roberto Metiebel García hit a half-court shot as time expired, leveling the match at 36 points after 20 intense minutes of pure action.

The best scorers in this part of the game Oliver García “La Bala” scored 14 points, Anyeuri Castillo 9 points all behind the arc, while for CDP, Jahmal McMurray and Jensy Jiménez with six points each, Jassel Pérez, Yormi Almonte and Francisco Germosén They scored five points each.

After yesterday’s Wednesday matches, Pueblo Nuevo dominates the table with a 4-2 record, followed by Plaza and Sameji with 3-2, CDP and GUG with 2-3, each and Cupes with 2-4.

The actions continue this Friday from seven o’clock at night with two main dishes: Gregorio Urbano Gilbert (GUG) will face Domingo Paulino (CDP) and in the second match those from Plaza will face off again with those from Sameji .