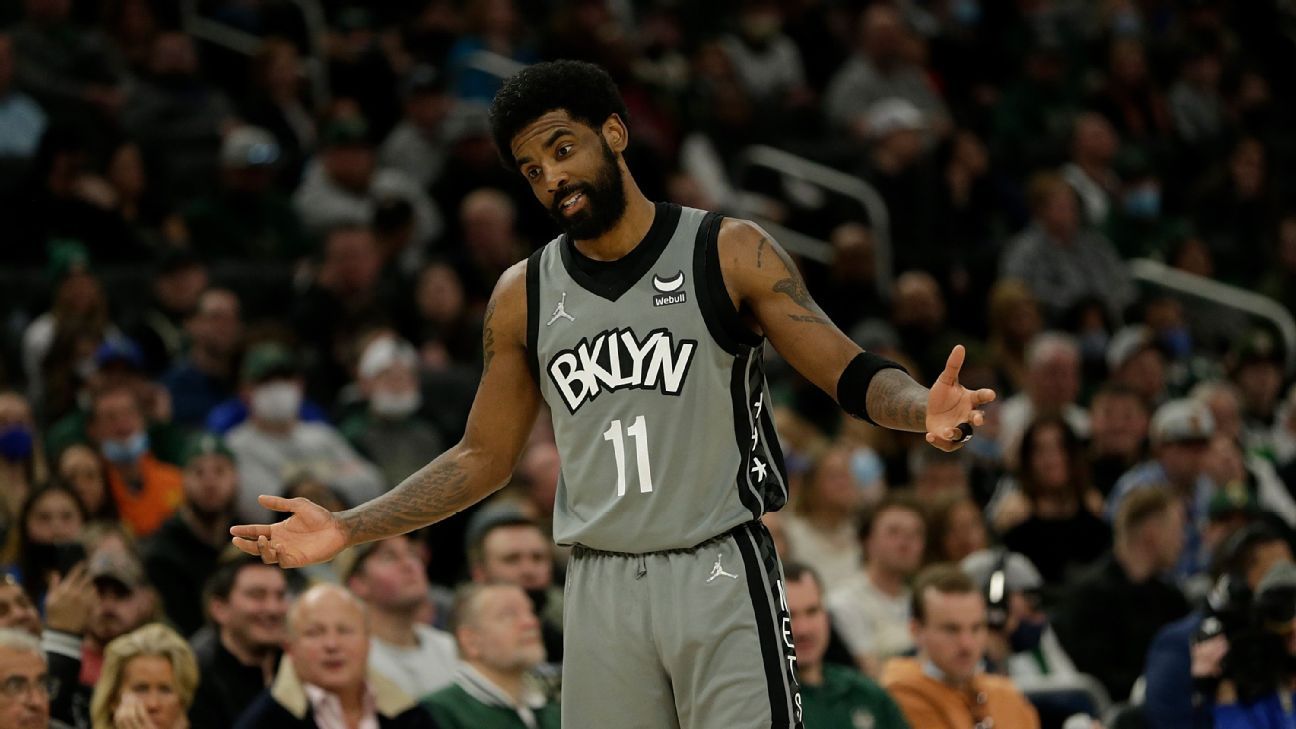 New York Mayor Eric Adams said Monday that he wants to see Kyrie Irving playing at Barclays Center, but making an exception for the unvaccinated Brooklyn Nets shooting guard would “send the wrong message” to the rest of the city.

Adams made his comments to CNBC, adding that he has spoken with Nets owner Joseph Tsai about the issue.

“Listen, I want Kyrie on the court. I would do anything to get that ring. I want him so bad. But the stakes are high here. And I talked to the team owner. We want to find a way to get Kyrie on the court, but this is a bigger problem,” Adams said in the interview. “I can’t shut down my city again. It would send the wrong message with just one exception to one player when we tell countless New York City employees, ‘If you don’t follow the rules, you can’t be employed.’

Adams’ comments came a day after he announced in a statement that as COVID-19 numbers continue to decline, the city is looking at March 7 as the date to remove vaccination requirements for “places of entertainment, fitness fitness and indoor dining. However, Adams added in her official statement: “All other vaccine mandates in New York City will remain in effect at this time, as they are and have been vital to protecting New Yorkers.”

Here’s interpretation on NYC Mayor’s announcement: Kyrie Irving remains restricted from playing under NYC mandate for large employers, but March 7 loosening of Key2NYC mandate is another step in what’s expected to be an inevitability Irving will be cleared to play this season.

Adams agreed Monday that the current rule preventing Irving from playing at home “doesn’t make sense,” since visiting players who aren’t vaccinated can play in New York City. But even though he thought the rule as written is “ridiculous,” he said “these are the rules and I have to follow the rules. If I don’t, I’m going to open the door that is sending the wrong message to everyday employees.” “.

Irving, who has been playing on the road for the Nets, said Saturday that he can see “the light at the end of the tunnel” toward a path where he can finally play at home this season. Irving also maintained that he appreciated NBA Commissioner Adam Silver’s recent comments on ESPN’s Get Up, where Silver defended Irving and noted that the mandate also “doesn’t make much sense” to him because unvaccinated players on opposing teams they can play while Irving has to sit.

However, Irving’s return to the Barclays Center court now may not be as close as he had thought.