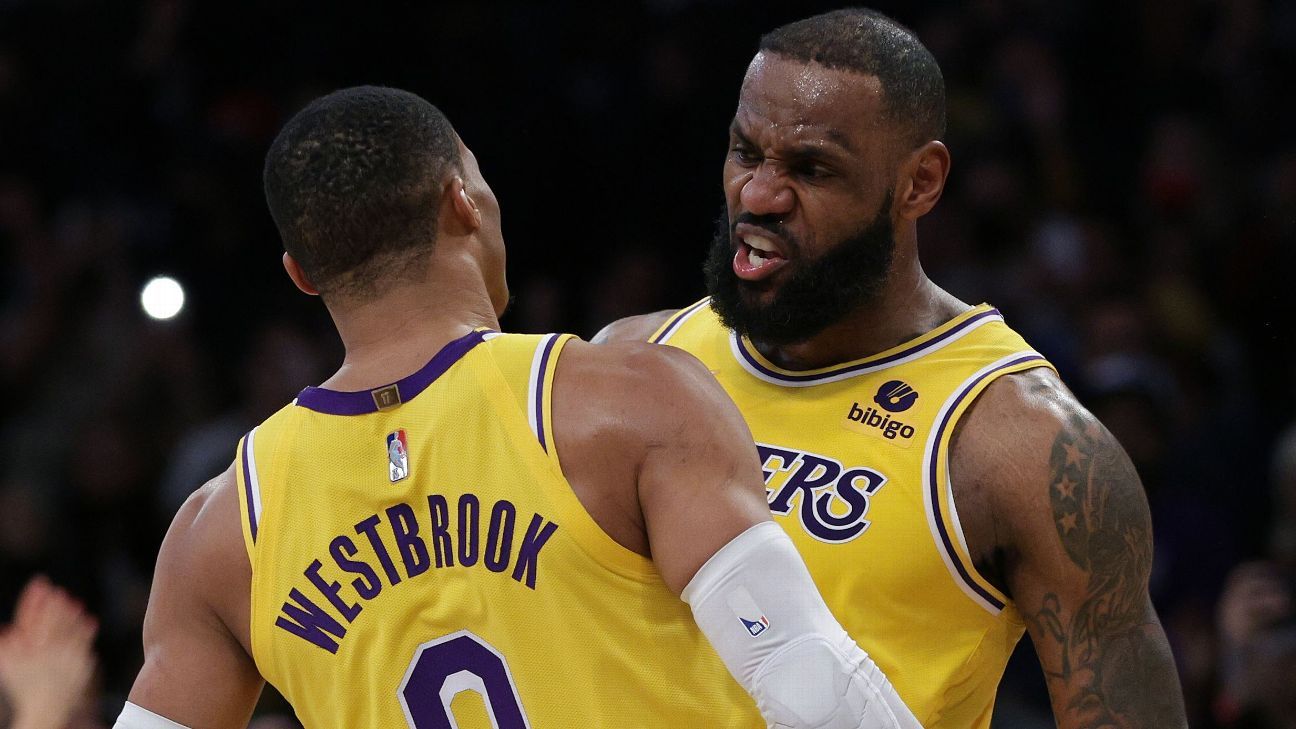 LOS ANGELES – Ja Morant of the Memphis Grizzlies continued his exceptional streak of play in a day in which Phoenix Suns put pressure on the Golden State Warriors in the highest of the West while LeBron James propelled the Los Angeles Lakers to their fourth win in five games.

Ja Morant is still on a roll and was the figure of the game with 22 points, 6 assists and 5 rebounds, while Jarren Jackson Jr scored 22. In Cleveland, Darius Garland was once again decisive: 27 points and 10 assists.

A touchdown with 30 seconds left by Ja Morant sealed the Memphis Grizzlies’ away win over the Cleveland Cavaliers. in the attractive duel between the two revelation teams of the NBA this season.

Morant (26 points and 6 assists) led some Grizzlies who have six wins in a row while Darius Garland (27 points and 10 assists) was the most outstanding of the Cavaliers.

The Spanish Santi Aldama played 13 minutes with the Grizzlies, had 2 points and 3 rebounds, and stood out for his good defense of Evan Mobley, one of the rookie of the year candidates.

The Lakers star stood out with 31 points, 6 rebounds and 5 assists, while Malik Monk was key with 19 points in the 122-114 victory. In Sacramento, De’Aaron Fox had 30 points and 6 assists. Additionally, Hield scored 28 from the bench.

LeBron James and Malik Monk teamed up in the fourth quarter for the Los Angeles Lakers to beat a feisty Sacramento Kings and thus add their third straight victory and the fourth in their last five games.

Devin Booker was master of the game with 33 points and 9 rebounds, while Chris Paul led the orchestra with 11 points and 15 assists. In New Orleans, Jonas Valanciunas had a great game: 25 points and 15 boards.

The Phoenix Suns (29-8) continue to hunt the Golden State Warriors (29-7) at the head of the Western Conference after the victory they achieved on the court of the New Orleans Pelicans.

Devin Booker (33 points, 9 rebounds and 4 assists) and Chris Paul (11 points, 15 assists and 5 rebounds) were the leaders of a Suns in which six players added more than 10 points while the Pelicans held on to Devonte ‘Graham (28 points and 6 assists) and Jonas Valanciunas (25 points and 16 rebounds).

The Spanish Willy Hernangómez had no minutes with the Pelicans.

With 33 points from the point guard and 21 from the shooting guard, the Raptors prevailed 129-104 at home and recorded their third straight victory in the NBA. Jakob Poeltl was the top scorer for the Texan team with 19 points.

The Toronto Raptors chained their third straight win by knocking out the San Antonio Spurs from the hand of a fantastic Fred VanVleet, who scored 33 points and has three consecutive games above 30 points.

Jakob Poeltl (19 points, 12 rebounds and 4 assists) was the main offensive resource of some Spurs who stumbled with the triples (9 of 35).

RJ Barret was unstoppable on offense and was the figure with 32 points, while Randle stood out with 30 points and 16 recoveries. In Indiana, Sykes’ 22 goals weren’t enough to prevent a 104-94 loss.

RJ Barrett (32 points, 8 rebounds and 3 assists) and Julius Randle (30 points, 16 rebounds and 4 assists) It was too much ammo for some Indiana Pacers that fell on the court of the New York Knicks.

Keifer Sykes (22 points, 4 rebounds and 6 assists) led the Pacers in a game in which both teams had a night to forget from the perimeter (6 of 28 in triples for the locals and 9 of 38 for the visitors).

Morant continues with his show, the Suns put pressure and James drives the Lakers