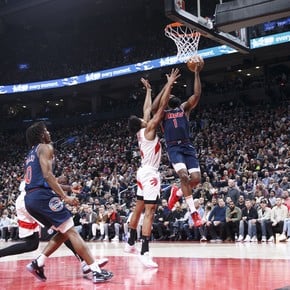 The Barcelona played his worst game of the season on the night of Munich and failed to close the quarter-final series of the Euroleague before him bayernwho beat him by 59-52 and took the definition to a fifth and final game. in the visitor Nicholas Laprovittola joined the initial quintet and signed a list of five points (0-2 in doubles, 1-6 in triples and 2-2 in doubles), four rebounds and one assist.

The characteristic of the meeting was the very bad percentage in field goals that both teams had. The worst of them was barsa, that ended with a 28% in that item, which include only five triples made on 29. Bayern, meanwhile, finished with 39.7% field, with four triples over 20 attempts.

Consequently, the goalscorer was quite low and the scorers of the match Nick Weiler-Babbfrom Bayern, and Alex Abrinesfrom Barsa, finished as the top scorers with just 12 points. Difficult to repeat at the highest European level.

The Catalan team leaned on the Turkish sanliwho scored five points in a quarter of 7-7 during the first minutes of the opening quarter. However, the Catalans could not find the hoop and the Germans took the opportunity to distance themselves on the scoreboard, which ended 18-12 at the end of the first 10 minutes.

With the input of Abrines, who contributed a flurry of five points in a row -including Barcelona’s first triple just in the second quarter-, the visitors came closer on the scoreboard (29-22) after trailing by 12. However, Barça continued to be erratic and allowed the Bavarians to go into the break with a difference of eleven (36-25).

around the corner, Lapro managed to score his first three points, which were also the ones that opened the scoring for his team in the second half. Of course, they only occurred 5 minutes into the third quarter (39-28). Hunter and Weiler-Babb combined to add five points and escape again in the result, with a difference of 14 (44-28). Finally, four points in a row from Thomas put the maximum of the night (48-29).

In the last chapter, the blaugranas tried to react towards the end, in which they found a partial 7-0 (58-47) thanks to Abrines and Jokubaitisalthough it did not help them much considering the little time left on the clock.

How is the Euroleague going?

After his defeat, Barcelona will have to define the series at home next Tuesday in the fifth and last point. By being 1st in the regular phase, the Catalan team gained home-field advantage in the event of having to reach the defining duel.

The winner of the cross will be measured in the semifinals against Real Madrid in gabriel deck, who easily took out the Israeli Maccabi 3-0. The final phase of the tournament will take place from May 19 in Belgrade, where the final four will be played.

On the other side of the key, Anadolu Efes, defending champion, will face Olympiacos (2) or Monaco (2), who will also have to decide next week and in Greece.

Laprovittola and Barcelona stumbled against Bayern