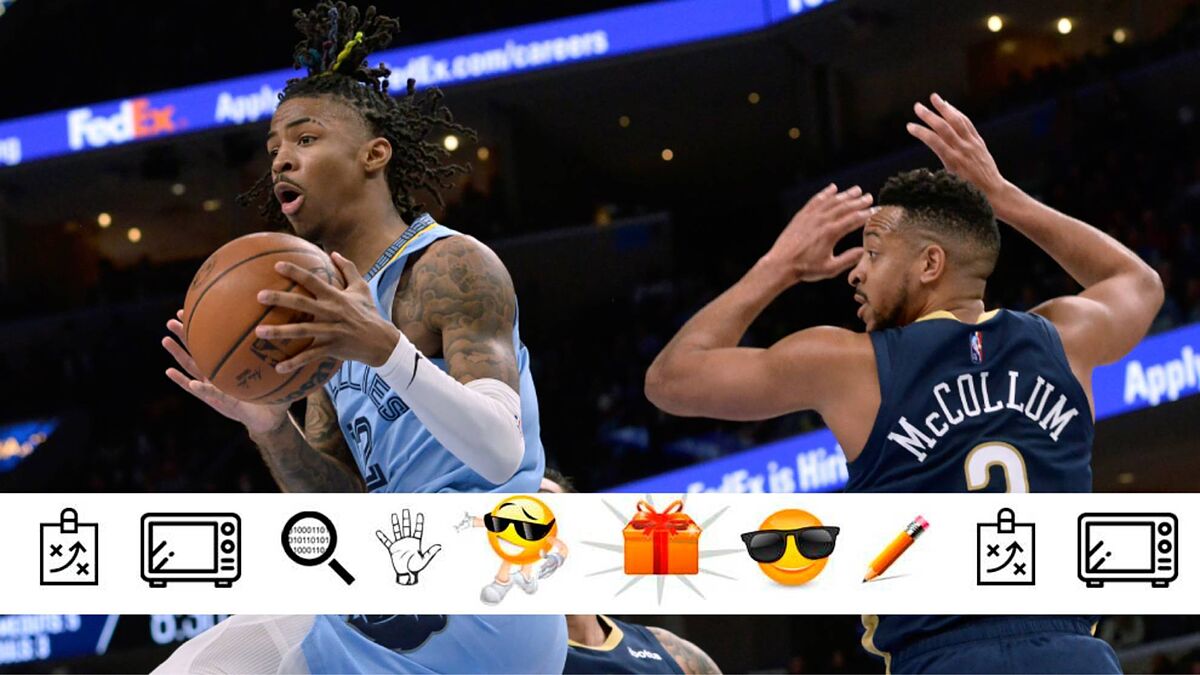 ANDlast March Ja Morant He put the hearts of Memphis Grizzlies fans in his fist. An injury sent the ‘all star’ point guard and leader of the Memphis pack to the nurse and questioned the real chances of the Tennessee team, which was beginning to doubt without its great star on the court. The doubts, however, barely lasted a few minutes. Those that took the pupils of Taylor Jenkins to add the first of the seven victories they achieved without the point guard.

With a balance of 7-2 andhe Memphis team not only survived without its star, but in this period has become a real alternative in the Western Conference, who no longer sees the Grizzlies as an inexperienced, inexperienced team. The ‘bears’ have ceased to be stuffed animals and have become a wild group that frightens the NBA as they showed against the Pelicans in a game that is already history for the franchise.

The Tennessee team has been confirmed throughout the season as one of the great powers of the NBA and finished off that condition in the third quarter against New Orleans, which they endorsed 55 points marking a new record for the Memphis team and the fourth best score in the history of the league in a quarter. A recital that makes clear his intentions for the playoffs and that was the basis for adding the 56th victory of the season, equaling the best record in the history of the franchise.

To make matters worse, the Grizzlies recovered their great star who showed that his knee discomfort is more than overcome and that he is ready for the great battle of the playoffs. Ja Morant flew over the FedEx parquet again and in addition to signing some of the best plays of the night, he finished with 21 points and nine assists, proving that he was the only thing missing for the Memphis team to become a real alternative.

Joel Embidpvot of the Philadelphia 76erssigned this Saturday a double-double of 41 points and 20 rebounds in his team’s 133-120 win over the Indiana Pacers, in their penultimate game of the NBA regular season. Embiid dominated with 14 of 17 shooting from the field, two of two on three-pointers and 11 of 15 on free throws, to which he added 20 rebounds, four assists, two steals and a block. With these numbers, the Sixers center has the title of top scorer of the season in his pocket… except for Antetokounmpo’s capital feat.

Without Santi Aldama on the Grizzlies’ roster, Willy Hernangmez he remained as the only Spanish representative in contention in the NBA day. The Pelicans center couldn’t avoid the loss against Memphis, but he showed he was ready for the ‘play-in’ that the New Orleans franchise is going to play against the Spurs. The player from Madrid disputed 34 minutes, more than anyone on the Louisiana team, to finish with 15 points (5 of 11 shooting from the field), 10 rebounds and four assists.

RESULTS OF THE NBA DAY

What better way to introduce yourself to a vital game like the ‘play-in’ than how you are going to do it Paul George! After spending a good part of the season injured, the forward of the Clippers has tuned himself in the face of the first big tie that the Angelenos have ahead of them and against the Kings (23+8+12) once again demonstrated that the access of the Angelenos to the eliminatory rounds for the ring is in his hand.

Draymond Green is still determined to show that to be decisive in a game you don’t need points. The power forward was the most complete player in the victory of the Golden State Warriors over the San Antonio Spurs (they will face the Pelicans in the ‘play-in’) and was on the verge of a new triple-double with 12 points, 13 rebounds and eight assists.

Ja Morant, what the Grizzlies lacked to be truly scary