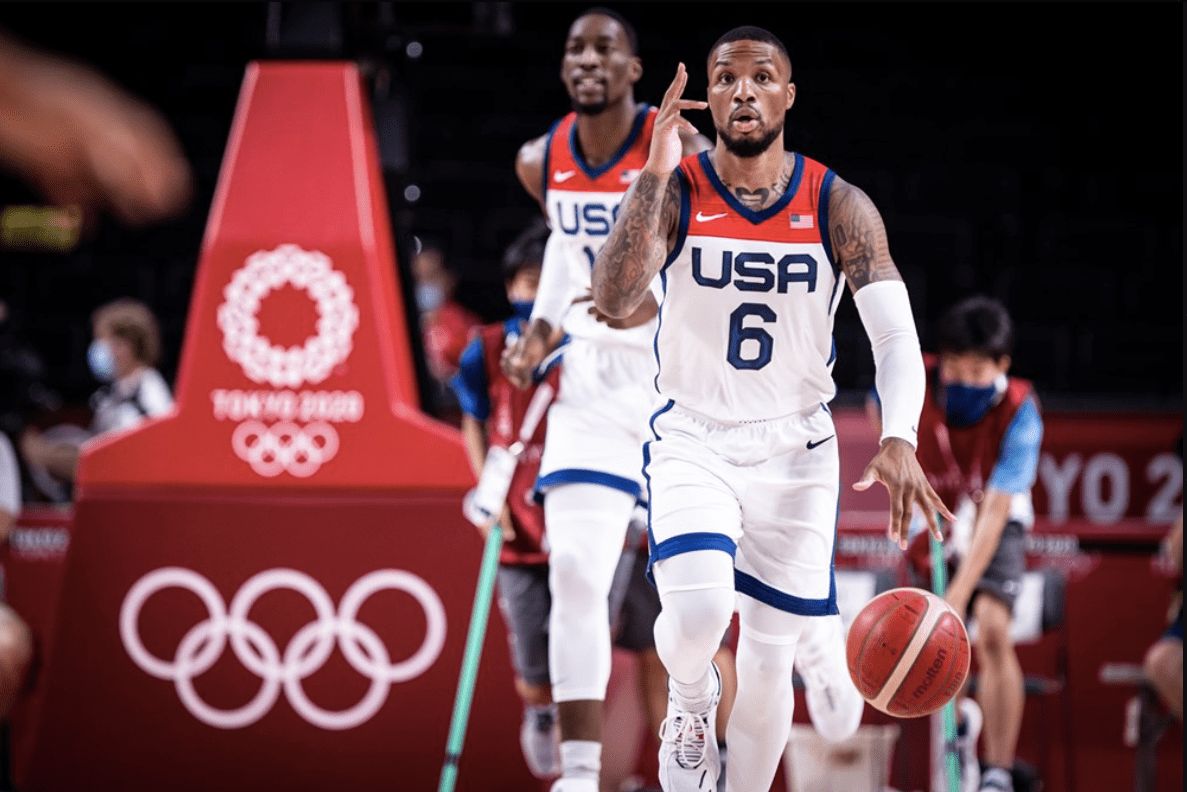 As in the previous game, the two teams took to the field with a defeat in tow. In this, the big difference was that both were aware of the difference between one team and another, and the pressure was all from the USA who took to the field with: Devin Booker, Damian Lillard, Jrue Holiday, Kevin Durant and Bam Adebayo. For its part, Iran did it with: Mohammad Jamshidijafarabadi, Behnam Yakhchalidehkordi, Mohammadsamad Nik Khahbahrami, Arsalan Kazemi and Hamed Haddadi.

The game started with a Lillard bomb that was already trying to mark the court early on. Anyway, I think everyone was surprised by the start of Iran. During the first 4-5 minutes that was what ended the game as such, Haddadi’s low post, while the physicist allowed it and Jamshidijafarabadi’s outside shot, made Iran take the lead. But Haddadi quickly wore out and Asians lost a lot of weight. Holiday joined Lillard on the outside shot and the USA rushed to the front and kept going, going to the first break 16 points up. In the second the procedure was very similar, and the physical differences were becoming clearer than ever, Popovich rotated the players in the internal game and Iran without Haddadi had no way of stopping them. Draymond Green and Jerami Grant started the fourth very well and practically finished the game in the first 5 minutes of the second, where the USA already had a 30 lead. And precisely with that advantage, he would end up going to the long rest, 60 to 30.

In the second half, the game was never such and if there was any doubt, Team USA quickly made it clear that it was managing the pace of the game. First with the starting quintet, the same one that came onto the court in the third quarter and then with the hand that Jayson Tatum gave and the Zach Lavine show, who had not had many minutes in the first half, but when he jumped into the box in the second half he did it in a great way, generating his own goal and also for his teammates. The rent when they went to the last break was 39 points and did nothing but keep growing. In the last quarter the break to the headlines, but with alternatives that at times put more rhythm and intensity, they generated a difference that was too bulky, Lavine dispatching with endless assists towards the game, which was already closed, a little more entertaining, until that ultimately ended up closing with a 54-point lead for Team USA, 120-66.

The top scorer and figure of the match was Damian Lillard with 21 points where his 7/13 triples stood out. He also had 2 rebounds and 5 assists. For his part, also in the USA, Zach Lavine jumped off the bench, who finished with 13 points, 4 rebounds and 8 assists, and Jayson Tatum who did it with 14 points, 4 rebounds and 2 assists. In Iran, Haddadi and Jamshidijafarabadi were the best with 14 units each, while the internal also lowered 7 rebounds, the perietral was dispatched with 3 assists.