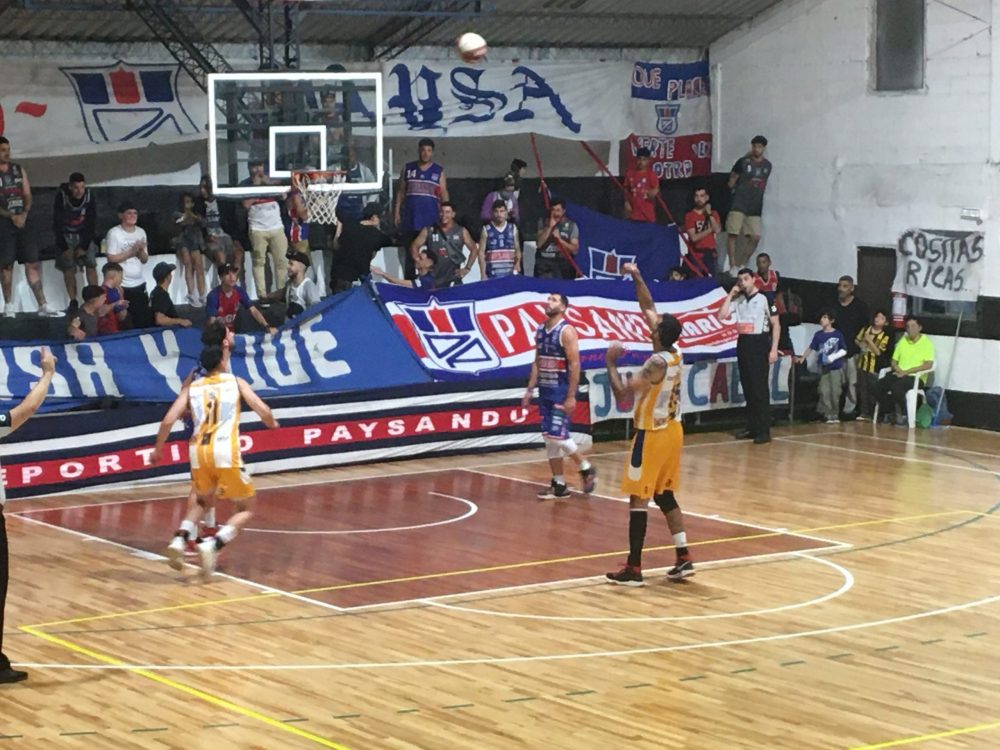 The beginning of the game was very favorable to the tenant, who came out to play determined to seal his classification today, with good starts from “Cococho” and Ignacio González opened the first income of 11-4. But the papal got into rhythm and began to hurt, with Charquero, Acosta and Della Mea quickly evened things out until they were equal at 23 at the first break.

The end of the first was with the distribution of technical fouls for both sides, and the game became discussed and the level dropped, as shown by the teams’ scoring. Guido Fernández’s 2-3 zone had an effect on Paysandú, who found it difficult to score. But the parity was maintained, for those of Emilio Raña with the goals of Modernell and Martinis, while for the visit they did “Charco” and “Dessert” Pereira. Equality remained at 36 to end the first half.

The “Bicho” Silveira surprised the movement in the complement with variations in the starting quintet that gave it defensive intensity but took out some clarity in attack. Rama entered the Paysa well, while the papal continued to have an indefensible Charquero on the bass, well complemented by Acosta and Pereira outside adding vital points. The 56-52 score for Auriblanco at the end of the third left everything to be defined in the last, with a really beautiful climate on the Miramar court.

The two pumps of Juan Modernell to start the fourth excited the local people by tying the game, but incredibly from that equality, the one who took over the moment was Auriblanco who got very hard behind with his little zone and scored a 9- 0 with a lot of Charquero and a decisive bomb from Santiago Pereira to go to nine. But it was not all said, because with the drive of Martinis and Rivas, plus the aim of Modernell, Dep. Paysandú put a quick 8-0 that brought him back to life in the game. After Guido’s minute, the auri came out clearer to seek the advantage of Charquero who had no antidote, and ended up defining it with a bombardment of the “Dessert” that was also sweet again. The game got a little rare in the end, especially with the refereeing, and the thousand free games missed by Auriblanco gave Paysandú a small chance, although he finally did not give it and lost 79-73. Auriblanco still dreams of the next round, he got his second straight and with El Charco it seems like another team, or is it another team?

In a pool of illusion