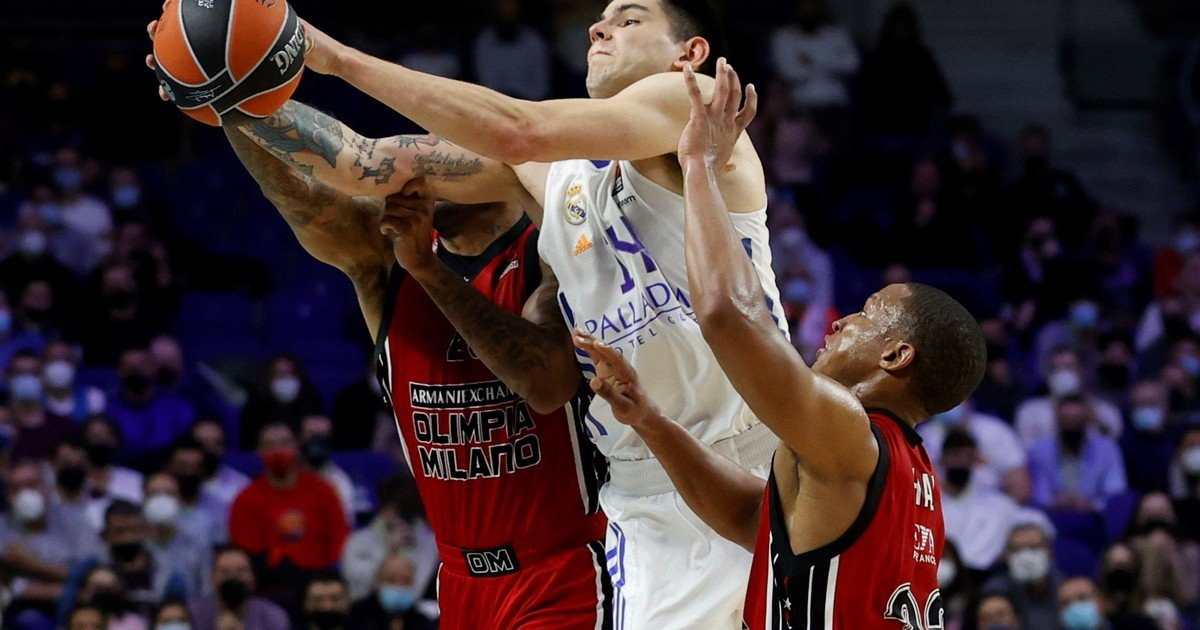 After a losing streak of four consecutive losses, the Real Madrid came to victory in a tremendous match against Olympia Milan at the WiZink Center. The victory was 92-88, with a gabriel deck totally on on both sides of the court.

The man from Santiago was unstoppable. (EFE / Juanjo Martin).

A MATCH FULL OF CONDIMENTS

The meeting had the perfect details to make it a great game. Not only because they played second and third in the Euroleaguebut because they saw each other again Paul Lasso and Ettore Messina, the coach of Real Madrid and Olimpia Milano respectively. Two of the best in the world at the FIBA ​​level.

And that parity of levels was reflected from the start of the game, where Madrid, through Tortu’s 8 points, struck first. Without falling behind, Milan equalized the difference in the second quarter. From there, the duel continued stick and stick, until, with some good individual actions, the visitors stretched the difference to 7 points. And when there were 2 minutes and 50 seconds remaining for the end of the match,Merengue put fifth to force to force the extra time with the Argentine and Sergio Llull in the lead.

There, the Italian team could do nothing to stop the tremendous momentum that the locals had, who dominated them defensively and offensively. Deck signed your form with 15 points, 6 rebounds, an assist, a steal and a PIR of 22! The tallest on her team. In addition, he was 100% successful on all six of his field goals. For the final seal, the top scorer was Llull who, in Benzema mode, nailed 20 points and three key triples for the comeback.

The party of points that Real Madrid put up made the 6,500 spectators in the stadium explode with emotion, who anxiously demanded to end the losing streak. Although with this victory, the Spanish team can be calmer, since it remains second in the standings and looks askance at the pointer, nothing more and nothing less than the Barcelona.

THE NEXT MEETINGS OF REAL MADRID

The next commitment for the Tortu team will be this Sunday against San Pablo Burgos for the ACB League, where they are first with a record of 17 wins and 5 losses. While on Thursday 03/17 they will face Lyon-Villeurbane for matchday No. 30 of the Euroleague.

Great match for Deck and another comeback for Real Madrid